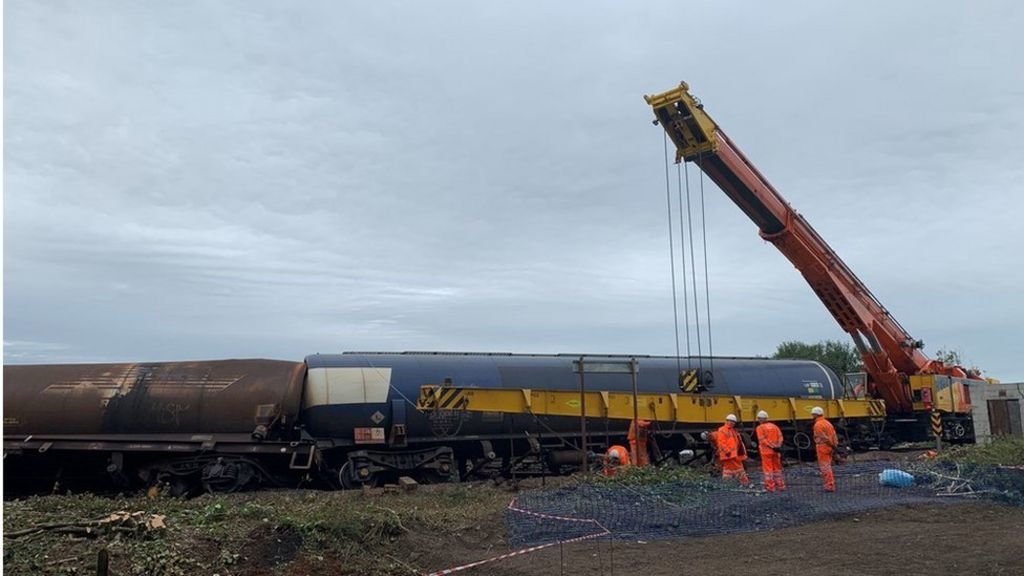 Recovering wreckage from the scene of a train derailment will be "complex and challenging", Network Rail has said.

Boss Bill Kelly said he had never seen a scene of such devastation as the one left at Llangennech, Carmarthenshire, last week.

A freight train carrying up to 750 tonnes of diesel came off the tracks, causing a fire that could been seen for miles.

Work to remove wreckage started on Thursday and could take until Monday to complete.