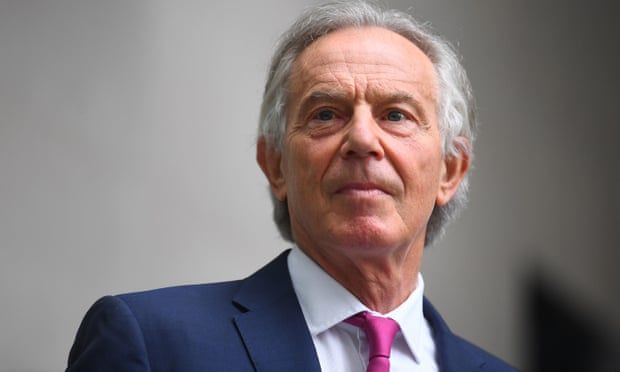 Keir Starmer ‘doing an amazing job’ but voters still confused about what party stands for, says former PM
Tony Blair has dismissed the need for a new political party, saying Labour has “recovered” under Keir Starmer but needs a clearer sense of direction to win the next general election.

After a mixed few weeks for Labour, with MPs raising concerns about Starmer’s appeal but the party managing to retake the “red wall” seat of Wakefield in a byelection, Blair said the leadership needed to come forward with appealing new policies.

Although Blair said Starmer was “doing an amazing job, given what he inherited after the Corbyn years”, he cautioned there was still confusion among voters about what the party under him stood for.

Speaking ahead of a conference hosted by his institute, the former prime minister told BBC Radio 4’s Today programme: “The Labour party itself is saying: ‘We’re going to set out a policy agenda later this year and into next,’ and in a way, this conference, I mean the ideas we’re putting forward are available for anybody.

“The next election, in my view, will be as much about Labour as it is about the Conservatives, because I think people will think: ‘Yeah, OK, in principle, we should put the Conservatives out.’ But before they make that change, they’ve got to be sure of Labour.”

Blair believed Starmer was “entirely capable of doing that”, but added: “We’ve got to be absolutely frank with ourselves. If we want to win, it’s going to be on the basis that people are absolutely clear what Labour is and what it stands for.”

A longstanding critic of Starmer’s predecessor Jeremy Corbyn, Blair said he had been approached in the past about “whether they should start a new party”, but said: “I was not involved in creating a new party.”

If Labour had continued under the leadership of someone on the “Corbyn wing” of the party, Blair said that “British politics would have had to have broken up in some way”. But he dismissed the need for a new party given Starmer’s record so far.

“I think the Labour party has recovered its basic poise and clarity,” Blair said. “To be fair to Starmer, when you think of what he inherited, what he’s done, I think he’s made an enormous amount of progress.”

Blair said there was appetite in the west for a radical but sensible centrist politics, citing the election of Joe Biden in the US, Emmanuel Macron in France, and of the German chancellor, Olaf Scholz.

He said: “My view of the Labour party is the centre-left modern progressive political party at the next election, and that is clear to people with a forward-looking agenda. [Starmer] has got every chance of winning.”

Labour was buoyed last week by the reclaiming of the long-held Labour seat of Wakefield, which they took back from the Conservatives in a sign the party is making inroads into the former heartlands that crumbled at the 2019 election.

Talk of Tory MPs seeking to defect to Labour has also boosted spirits in the party.

However, Starmer has faced a difficult few weeks given the pushback for banning frontbenchers from joining picket lines during rail strikes.

He had to tell his shadow cabinet to stop calling him boring, after a string of negative briefings.
#Joe Biden
Add Comment