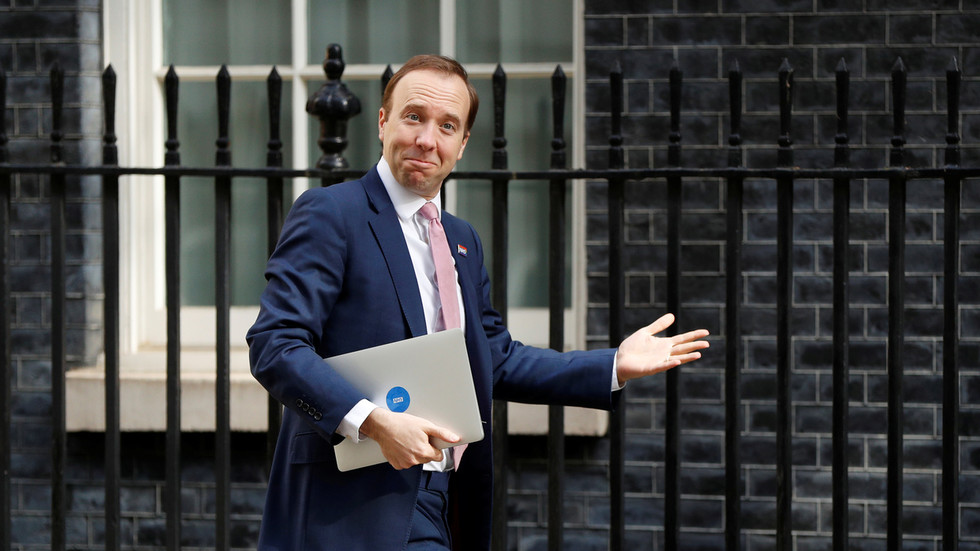 UK Health Secretary Matt Hancock has been accused of exhibiting symptoms of totalitarianism after declaring that he would call the cops on people who defy coronavirus rules and refuse to self-isolate.

In an interview with the BBC’s Andrew Marr, Hancock stood by the government’s threat of issuing exorbitant fines of up to £10,000 ($12,920) to anyone who fails to self-quarantine for 14 days after testing positive for coronavirus. The measure also applies to those who may have come in contact with infectious persons. The penalty will be in place from September 28.

Marr expressed doubts over how such a measure could be realistically enforced, noting that “surveillance” would be needed to ensure people stayed at home.

“Would you call the police on a neighbor?” Marr asked the health secretary.

“Yes, and for the self-isolation part, that is absolutely necessary because that is how we break the chains of transmission,” he replied.

#Marr: Would you call the police on a neighbour who's failing to self-isolate?


The health secretary was also bombarded by a colorful array of insults. One social media user crowned him a “tinpot dictator,” while others denounced him as a “weasel”and a “power crazed maniac.”

Observers argued that Hancock was advocating policies that would create a “slippery slope” leading to more invasive surveillance in the UK.

Not everyone trashed the minister’s comments, however. Some expressed support for Hancock’s approach to the health crisis, arguing that the public needed to be “responsible” in order to stop the spread of the virus.

Hancock insisted on Sunday that a second national lockdown could be avoided if “everybody follows the rules,” but cautioned that the government was “prepared to take action if that’s what’s necessary.”

His pro-tattling position appears to clash with earlier comments from the prime minister, who warned against creating a “sneak culture” after Home Secretary Priti Patel vowed to tell on people congregating in groups larger than six.