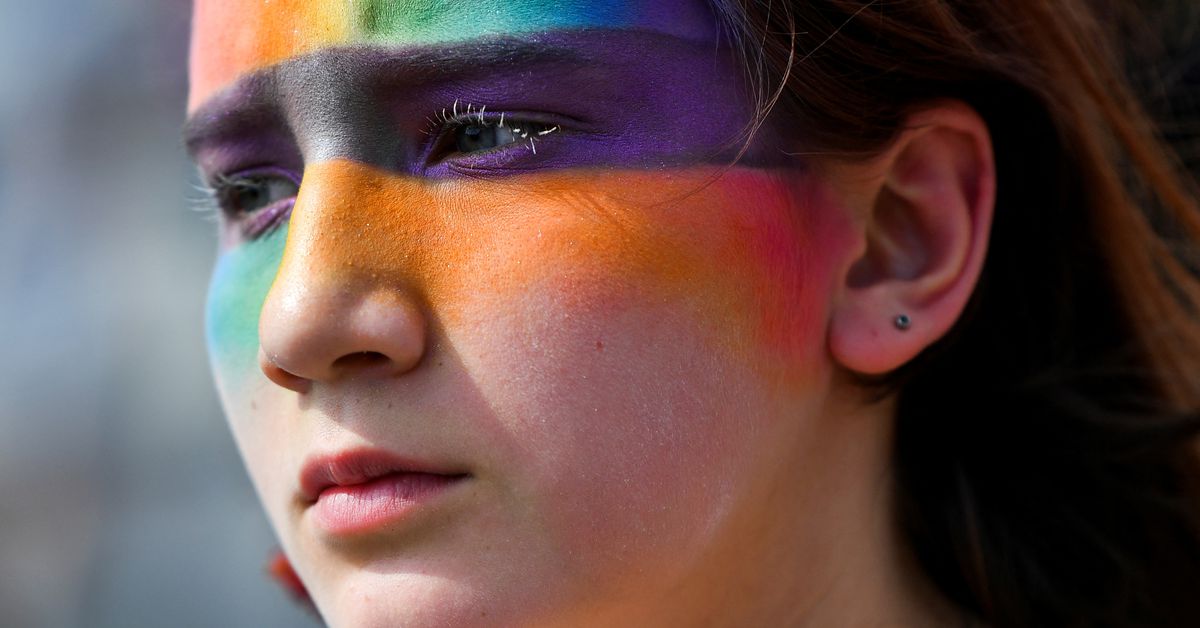 In sweltering temperatures, thousands of Hungarians took part in the annual Budapest Pride march on Saturday, vowing to keep up their fight against government policies on LGBTQ rights that have drawn EU condemnation.
The European Commission sued Hungary earlier this month over a law passed last year to limit teaching about homosexuality and transgender issues in schools, the latest anti-LGBTQ measure to be passed by the government of Prime Minister Viktor Orban.

The law has been billed by his administration as a way to protect children, but human rights groups said it discriminated against LGBTQ people and it was labelled a "disgrace" by European Commission President Ursula von der Leyen.

"I am a queer myself and it's important that we show ourselves especially in a country where the political sentiment is like this towards LGBTQ people," said one Pride participant, as crowds marched through the capital with rainbow flags and umbrellas in temperatures of 40 degrees Celsius (104 Fahrenheit).

Orban's Fidesz-Christian Democrat government, which won elections in April, says LGBTQ rights and other such social issues are matters for national governments to decide in the European Union

Orban, in power since 2010, owes some of his electoral success to a tough line on immigration, and promoting social policies that he says aim to safeguard traditional Christian values from Western liberalism.

In a speech earlier on Saturday in Romania, Orban said the big challenges Hungary was facing was demography, migration and gender politics, along with the war in Ukraine and economic problems.

Dozens of embassies accredited in Budapest issued a joint statement in support of the LGBTQ community ahead of Saturday's march.

"We express our full support for members of the lesbian, gay, bisexual, transgender, queer and intersex (LGBTQI+) community and their rights to equality and non-discrimination, freedom of expression and peaceful assembly," the U.S. Embassy said in a statement.
#Viktor Orban
Add Comment