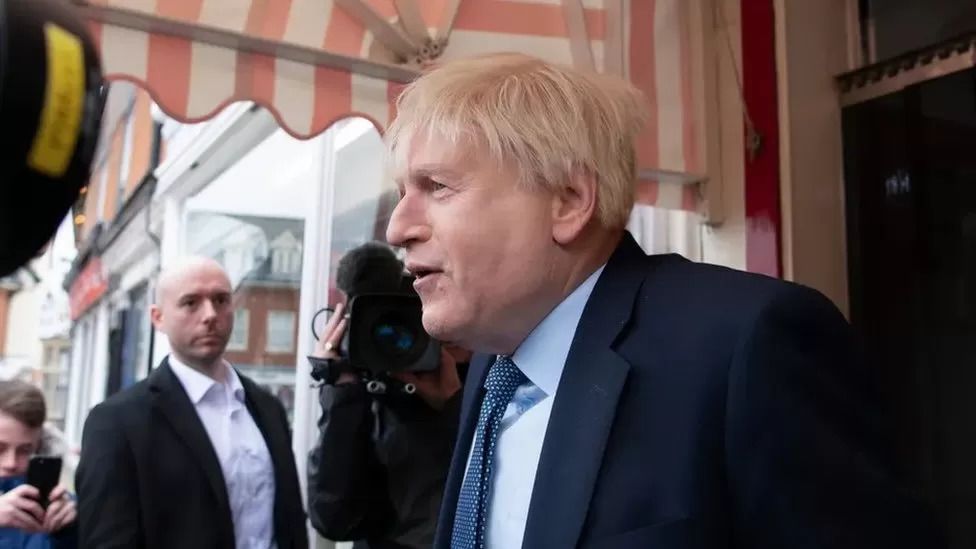 The six-part docudrama series recounts Johnson's time in the role, based on real events, testimonies and archive footage.

It focuses on the start of the Covid pandemic, his hospital admission after catching the virus and his son's birth.

The Times described it as "a gruelling watch, but a mesmerising one".

The Telegraph said Branagh "fails to get under Boris's skin" in Michael Winterbottom and Kieron Quirke's series, while the Guardian called This England "TV at its most triggering".

Writing for the Telegraph, Anita Singh gave the "dud" drama just two-stars, saying Branagh's "bad wig and prosthetics overshadow what could have been a serious drama about the pandemic and lockdown".

"This is a story of care home deaths, inadequate PPE, relatives forced to say deathbed goodbyes to their loved ones over FaceTime," she said. "The problem is that other dramas have told this story far better - think of Jack Thorne's terrific Help, starring Jodie Comer as a carer.

"Here, the sadness of those scenes is undercut by the action switching back to Whitehall every few minutes, where an actor [Andrew Buchan] is attempting to impersonate [former Health Secretary] Matt Hancock."

She described the portrayal of Johnson as a "living, breathing version of Spitting Image".

"Michael Winterbottom does a masterful job entwining the parallel narratives of Covid approaching like a bullet train and Johnson distracted by his domestic dramas: his divorce, his pregnant girlfriend, Carrie, his grown-up children ignoring his voicemails, and his asking 10 Downing Street staff to 'do the honours' and pick up Dilyn the dog's poo," she wrote.

"If This England were a cartoon character it would be Road Runner, such is the break-neck speed at which events are covered, real footage woven into the drama."

Both journalists appeared to agree though that Johnson's Covid-induced dream sequence featuring his family was a major mis-step. 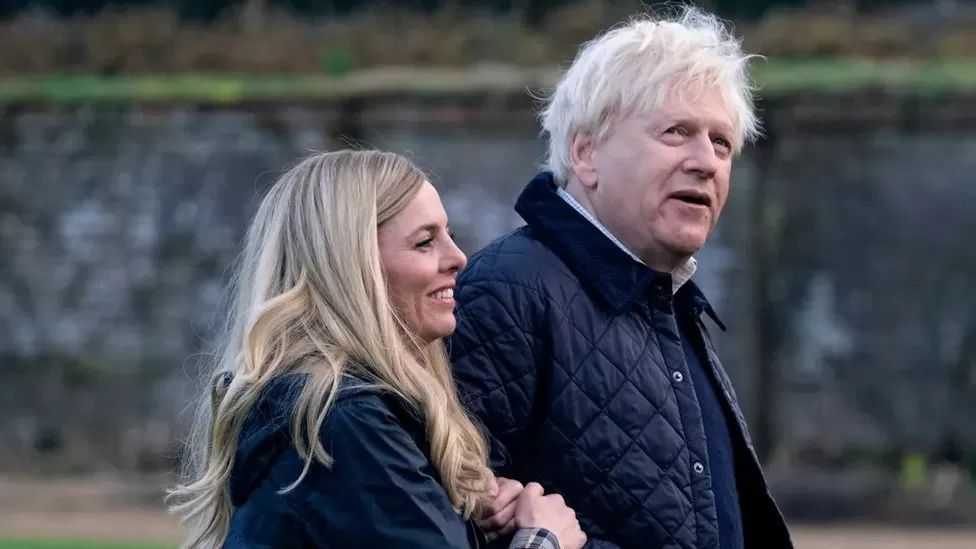 Johnson's wife Carrie Symonds is played on the show by Ophelia Lovibond, while his controversial chief advisor Dominic Cummings is portrayed by Simon Paisley Day.

"It starts in early 2020 when Brexit, floods, a cabinet reshuffle and writing a book on Shakespeare distract Johnson from a 'mysterious Sars-like virus' outbreak in China," she wrote.

"This programme might have been made too soon - but perhaps its very intention is to be unsettling."

In its three-star review, BBC Culture tended to agree, saying Branagh was "utterly convincing" as Johnson but that the series contained "extremely distressing scenes and fails as a drama when those events are still unfolding".

"It used to be said that journalism provides the first draft of history," wrote Neil Armstrong. "Now, it seems, hard on journalism's heels, comes a high-profile six-part drama."

For the Financial Times, the programme "pulls off the unusual feat of feeling simultaneously premature and dated", while turning the "floundering former prime minister into a tragic theatrical hero".

"For many viewers, watching a dramatisation of the pandemic while the realities of illness, loss and lockdown remain raw will seem like a pointless or masochistic endeavour," wrote Dan Einav, while dishing out three-stars. "Those who are drawn by the Sky mini-series' focus on the goings-on at Number 10 will find a truncated story."

He noted how with work on the series having begun so early in the pandemic, it "culminates not with Partygate (which precipitated Boris Johnson's political collapse) but with Dominic Cummings' ophthalmological adventures to Barnard Castle"."While This England may be less than necessary, it does offer more than a run-through of the early Covid timeline," he went on. "Billed as 'a fiction based on real events', it combines an account of the government's reactive, insufficient and often careless handling of the crisis with a strange, intriguing and speculative character study of Johnson."

The i offered four-stars, agreeing the show had "the makings of a persuasive critique of what went right and (more to the point) wrong when Johnsonian Britain collided with a global health crisis".

But, reviewer Gerard Gilbert added that anyone hoping for a Downing Street version of [Cromwell drama] Wolf Hall or The Crown would be "disappointed", due to the "kaleidoscopic" drama's "scattered" focus, which leaves Johnson as "an almost peripheral figure".

"This is probably not far from the truth," he wrote. "Branagh does a great job of impersonating Johnson's gait, mannerisms and mien (although he looks older around the eyes than the ex-PM), without really telling us much that's new about the man.

"But this is a thoughtful drama and hopefully a more incisive portrait will emerge."