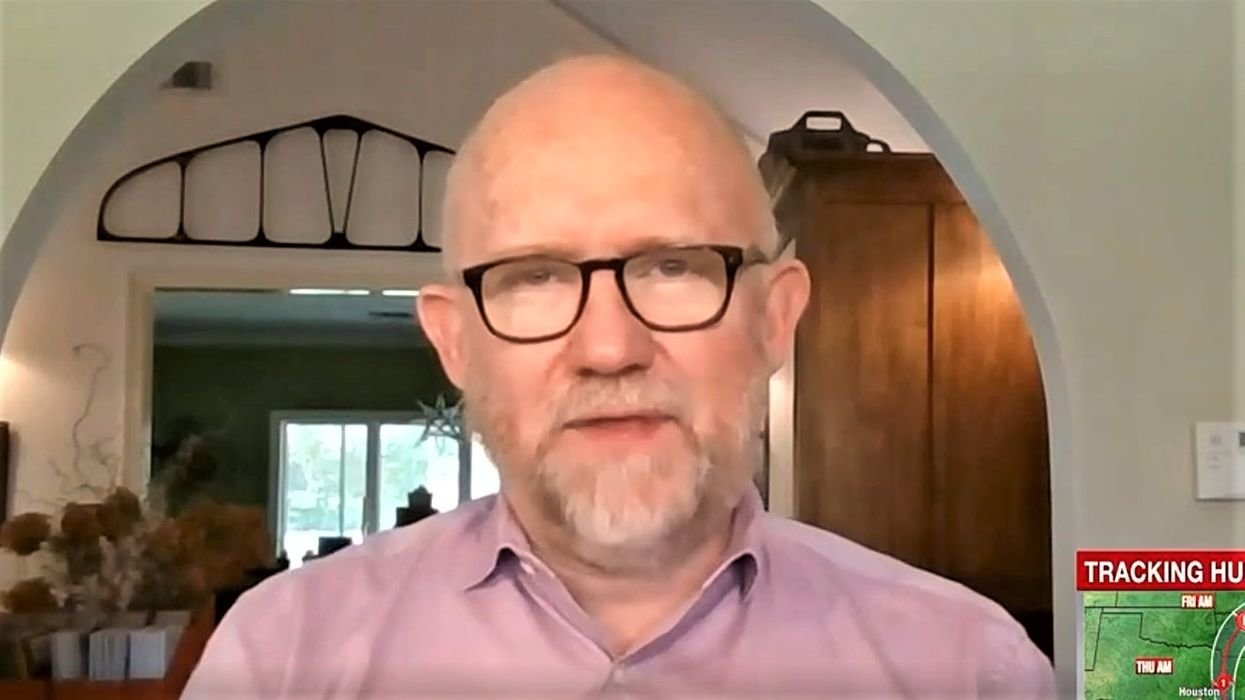 Rick Wilson tore apart President Donald Trump for encouraging an angry mob to take over the U.S. Capitol -- and bashed Capitol police for letting the "redneck Visigoths" into the building.
The Lincoln Project co-founder and former Republican strategist has been studying Trump and his cult for years, but Wilson admitted in a new Daily Beast column that the violent mob ransacking the halls of Congress shocked even a jaded observer such as himself.

"As an anthropologist of the shittiest human being on the planet, a scholar of all Trump's pathologies, a plumber in the vast deeps of his f*ckwit necromancy, I should be past shock, but even I was appalled by not only the order to march on the Capitol spitting from his blubbery lips but by the organized teams of rioters who then invaded the House and Senate," Wilson writes.

He was infuriated by video showing Capitol police appearing to open gates and doors for the unruly mob, and pose for selfies with them inside the building, but he said the sad and violent spectacle was the nadir of the Trump presidency.

"Once the Trump forces were in the building, the damage was done," Wilson writes. "Deaths, injuries, and chaos followed, with the seat of our national legislative branch reduced to just another set in Trump's destructive reality television show. Driven by a combination of conspiracy fantasies, Trump berserkergang, and hatred of the two parties, the MAGA mob played the role we've seen in a hundred coups and collapses in the Third World: the invading rebels seizing the airfield, the radio station, the Palace of Justice, the Capitol building."

The anger Trump has fueled is so incoherent and stochastic that the mob had no idea what to do once they took over the Capitol, and was instead just another display of their cult-like devotion to the defeated president.

"The invasion and seizure of the Capitol was a perfect extension of the nihilist trolling operation that's replaced the Republican Party," Wilson writes. "They weren't there to hold the territory. They weren't there to find evidence of fraud, or force reluctant legislators to listen to their catalog of grievances; they were there for the lulz. They were there because Trump sent them."

That lack of focus, in the end, is what saved the republic long enough to certify Joe Biden's election win.

"These are not patriots; they're anarchists," Wilson writes. "They're insurrectionists, not conservatives. They are shock troops from America's Saddam. Organized in a thousand Facebook groups and with a million bad ideas transmitted to their brains from Fox, OAN, Newsmax, and QAnon, we're fortunate as a nation in only one respect—they're not very good at revolution."
#Donald Trump  #Joe Biden
Add Comment