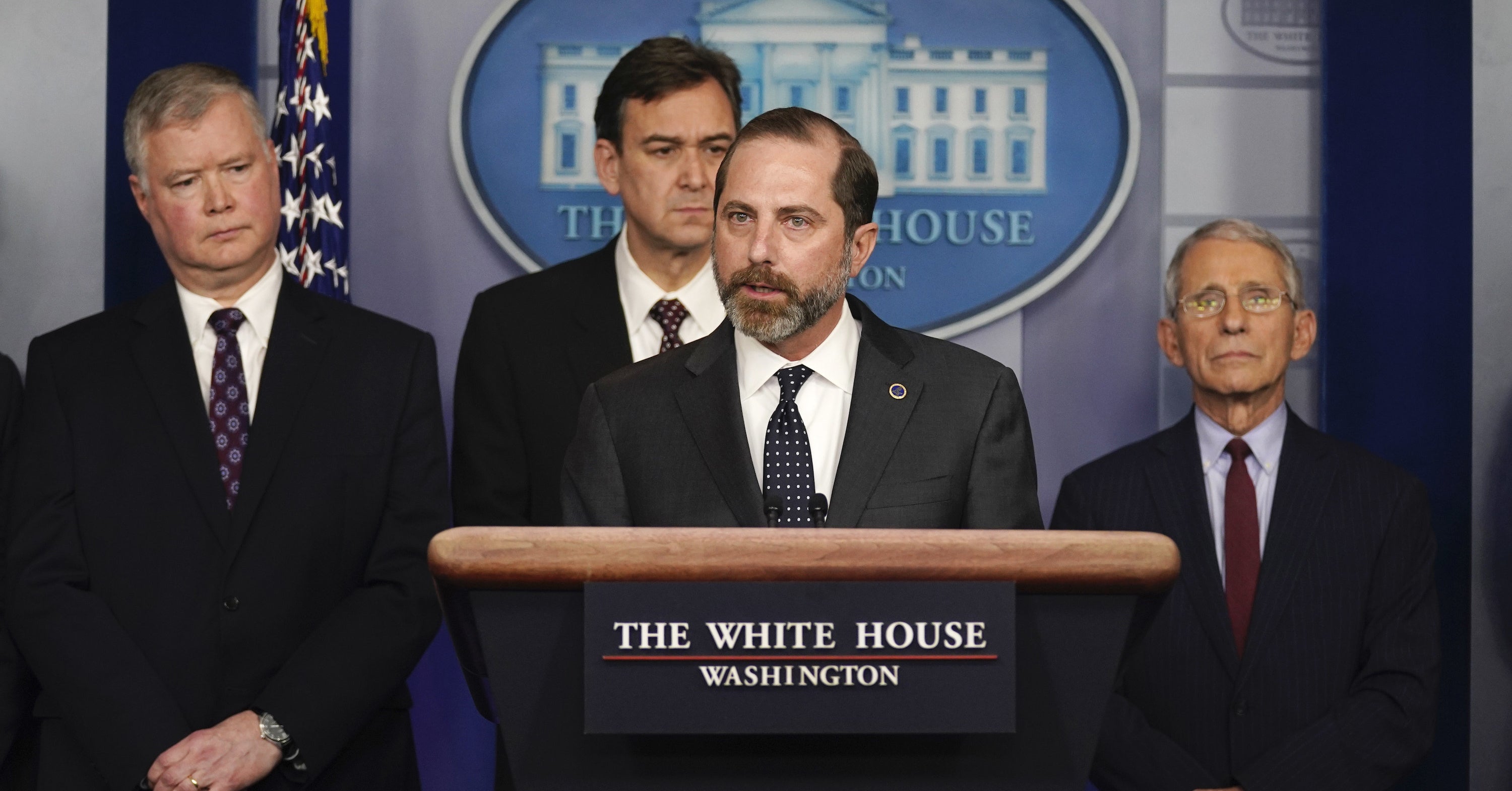 "We still have a low risk to the American public. But we want to keep it at a low risk," said NIAID director Anthony Fauci.
A White House task force announced a nationwide public health emergency over the coronavirus outbreak Friday, triggering mandatory quarantines for US citizens traveling from the epicenter of the disease in China's Hubei province.

In a presidential proclamation, the task force also announced that President Trump would be barring foreign nationals traveling from China from entering the US. Relatives of US citizens would be allowed entry.

The orders will take effect on Sunday at 5 p.m. ET.

"It really is intended to stop the spread of this virus," CDC Director Robert Redfield said at a White House briefing on the announcement. He added that the current risk of the virus for people in the US is "low."

"We still have a low risk to the American public," said National Institute of Allergy and Infectious Disease Director Anthony Fauci. "But we want to keep it at a low risk."

As justification for the steps, Fauci and Redfield cited the still-unknown incubation period for the virus, and its newly confirmed ability to infect new people while patients don't display symptoms. "We don't know the natural history of how this virus is secreted," said Redfield.

Asked about the daily changes to US travel warnings and restrictions in the outbreak, microbiologist Matthew Frieman of the university of Maryland School of Medicine referenced boxer Mike Tyson's adage that 'everyone has a plan until they get punched in the mouth.'

"We haven't been punched in the face," Frieman said. "But China has taken one." Recent studies pointing to transmission of the virus early in an infection and the case of an infection occurring on US soil widens the potential for an outbreak, he said. "I would think they are taking these steps out of an overabundance of caution."

US airlines have halted flights to and from China, and discussions are underway with Chinese carriers on how to implement screening of passengers.

And on Thursday, the World Health Organization had declared the outbreak a global health emergency but said that move was intended to steer medical screening assistance to smaller nations, not to trigger travel restrictions.

The Trump administration's new travel restrictions and quarantine efforts have led some experts to criticize the measures as an overreach.

"This is exactly what WHO warned against," said global health law expert Lawrence Gostin of Georgetown University.

Gostin said the move to quarantine travelers coming from Hubei Province was reasonable, given case numbers there, but that the requirement should have been for voluntary home isolation instead of mandatory detention. And barring foreign travelers from China, along with making US citizens self-quarantine at home, he said, likely violated civil rights laws, without leading to any real lowered risk of a US outbreak.

"We are slipping from overconfidence into panic and overreaction," said Gostin.

Amesh Adjala of Johns Hopkins Bloomberg School of Public Health, speaking for the Infectious Disease Society of America, said that "decades" of research show that travel bans are actually counterproductive in derailing outbreaks. They lead to difficulties getting resources to outbreak centers, bankruptcy, and economic hardship there, and cause stigma for residents from the affected areas.

"It's kind of frustrating that we always have these kind of discussions during every outbreak, no matter how many experts explain why it causes negative consequences," Adjala said. "I think it is a bad turn of events."
Add Comment