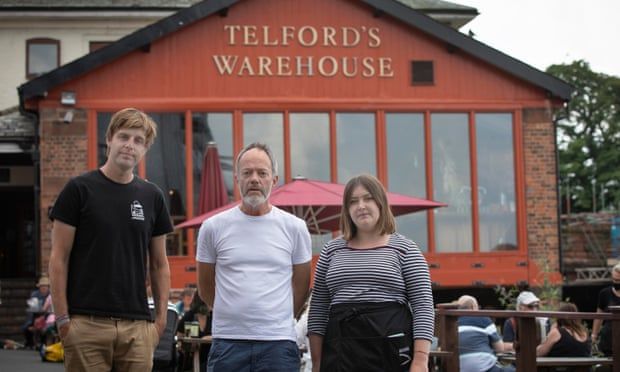 Bars, pubs and clubs may be forced into a backdoor lockdown beyond 19 July unless the government changes test-and-trace rules, industry bosses have warned.

Businesses across the country from Edinburgh to Chester, Oxford and London are being hit by waves of closures as staff are forced to self-isolate after being alerted by the NHS test and trace app over coming into contact with someone with Covid.

Under the current rules, workers who have come within 2 metres of a person with the virus must stay at home for 10 days even if they are vaccinated and have tested negative.

“The current guidelines are wreaking havoc among hospitality businesses and in essence enacting a further lockdown on large parts of the sector,” said Kate Nicholls, the chief executive of the trade body UKHospitality.

“If we continue down this road we will be besieged by individual business lockdowns, hindering the recovery of the sector as we start to ease restrictions,” said Michael Kill, the chief executive of the Night Time Industry Association, which represents thousands of pubs, clubs and bars.

“We are being inundated with businesses having to close due to staff being notified by test and trace, meaning thousands of workers are having to be sent home under the current isolation guidelines.”

About 400,000 people were reportedly instructed to quarantine last week by NHS test and trace staff or their NHS Covid app. The Adam Smith Institute thinktank has suggested that the number of people self-isolating could rise to 1.7 million by the end of next month.

The isolation rules and NHS app are causing havoc for businesses around the country with some towns seeing large parts of their entertainment district shuttered for weeks on end. 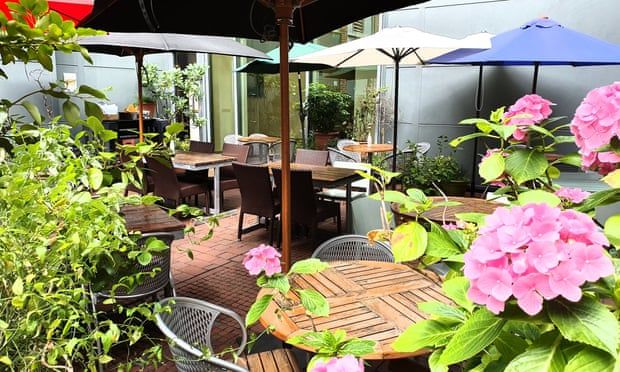 The Zuger’s of Chester coffee house and restaurant had to close after a group of staff were alerted by the NHS test and trace app.

In Chester about 20 venues were forced to close in different waves over about three weeks.

“You get up and running again, you think: ‘That’s it we’re back’ and then all of a sudden you’re closed again,” says Lee-Ann Helbling, the manager of Zuger’s coffee shop and restaurant in Chester. The venue had to close after a group of staff went for drinks elsewhere and were alerted by the NHS app that they had come into contact with a positive case.

“It needs someone to stand up and say this nonsense has got to stop,” says William Lees-Jones, the managing director of JW Lees, which runs 42 managed pubs and hotels in north-west England.

He says the number of his staff being asked to self-isolate by the NHS app has tripled in past few weeks from about 20 to more than 60 with the vast majority of those not ill or testing positive for Covid.

The group has had to close six venues as staff have been forced to self-isolate after being alerted by the NHS test and trace app on top of about a dozen that remain closed because they are music venues or too small to accommodate social-distancing measures.

“It has been a nightmare,” says Lees-Jones.

“With test and trace [the government] seems to have spent a lot of money on it and it doesn’t work. People have got to be asking big questions. We can’t have hundreds of thousands of people isolating because of a technology system, particularly when they aren’t ill.”

Ministers have considered plans to allow those who have had both Covid jabs to take daily tests instead, but it is not clear if changes will be in place by 19 July when lockdown is eased further.

UKHospitality is calling for a “test and remain” system in which vaccinated staff who have not tested positive for Covid can carry on working even if they have come into contact with a person carrying the virus.

“Testing needs to play a crucial role in how we learn to live with the virus and releasing people from isolation. We can no longer have a system that requires healthy, vaccinated and uninfected people to stay at home rather than go to work,” said Nicholls.

While many Chester venues have reopened, they fear more closures soon unless the rules are changed. And business owners warn the financial costs are mounting up, putting local jobs at risk. 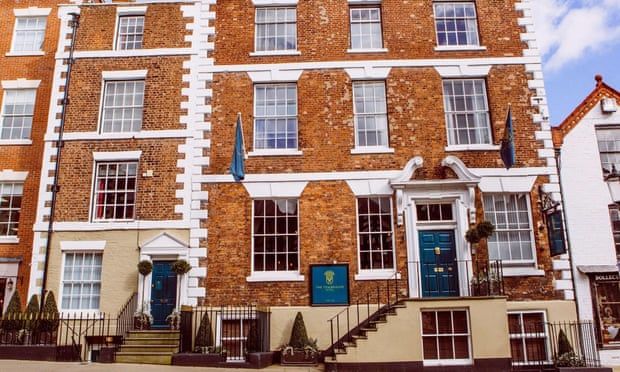 The Chester Townhouse hotel was forced to close for nine days after a member of the kitchen staff tested positive.

One of the town’s bars, Telford’s Warehouse, closed for a week after a member of the kitchen staff was pinged by the NHS app and he had been in contact with both serving and back-of-house members. While all tested negative at the time, they had to remain off work.

“It is a precarious situation,” says the bar’s owner, Jeremy Horrill. “I lost thousands of pounds of profitability. Everybody went back on furlough that could. I lost stock as we are a real ale pub and nothing lasts more than a week. It is completely down to the luck of the draw.”

Steven Hesketh, the owner of the Townhouse hotel, said he made a “huge loss” when his business was forced to close for nine days after a member of the kitchen staff caught Covid.

The venue is now open, but Hesketh is having to work in the kitchen this weekend as one of his members of staff is isolating while a family member waits for test results.

“We are holding out for 19 July, but if that doesn’t come with some solution on isolation we may still have to close if another outbreak comes in our small team,” Hesketh says.