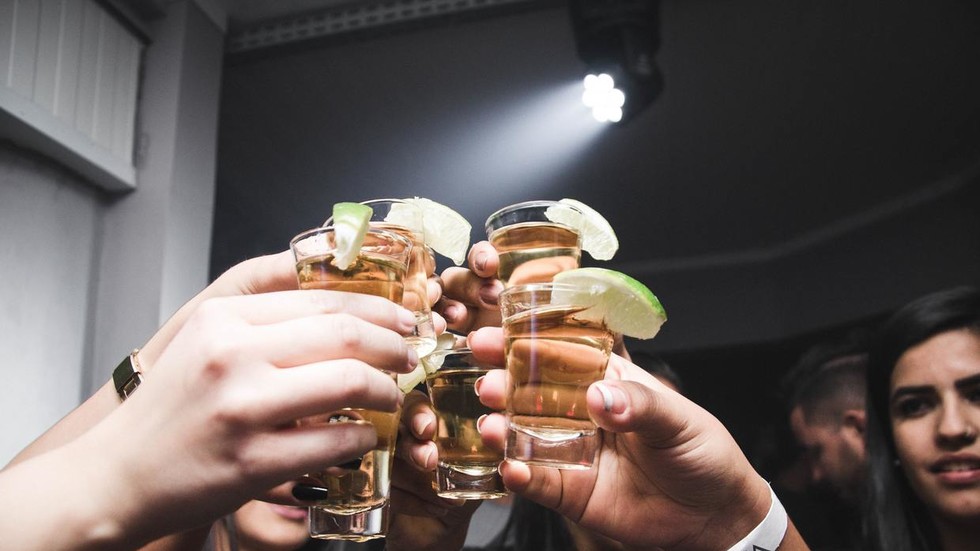 A cunning publican in Nottingham, UK, has launched a plucky, yet pious, pilgrimage to register his tequila bar as a church in a cheeky bid to circumvent confusing coronavirus restrictions.

Owner James Aspell, 34, is attempting to register the 400 Rabbits Tequila and Mezcal Cocktail Bar as the Church of the Four Hundred Rabbits, in the hopes of saving his licensed premises from the ongoing edicts of the establishment.

The would-be ‘Messiah of Mezcal’ needs a flock, however, and is urging patrons to pledge themselves as part of his congregation of the cocktail faithful. They can register as a “bunny believer” or “reverend of the righteous rabbits.” 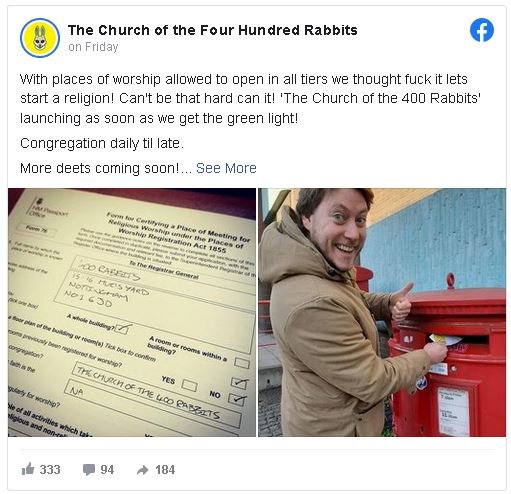 Aspell claims that though his plan started as a joke, it comes from a serious desire to save his business while also pointing out the hypocrisy of the Tier 3 restrictions.

He feels bars and pubs across Britain have been disproportionately targeted, intentionally or otherwise, by the British government's oftentimes confusing and ever-changing guidelines, while other establishments ranging from “gyms to massage parlours can stay open.”

“Even Christmas markets are happening,” an indignant Aspell adds.

However, places of worship can stay open under Tier 3, hence this publican’s plan to hold “Congregation daily till late,” though Aspell himself admits that even if he gets certification as a church, current restrictions only allow him to serve takeout if he sold food.

Even if he receives approval of church status, he would unlikely be able to serve alcohol but he plans to “have some fun with it.”

“With the new restrictions we’re forced to close and it could be months before we can reopen.”

Judging by reaction on social media, Aspell may soon be overwhelmed by a thirsty congregation whether he sells booze or not.

“Genius! I believe I've suddenly seen the light. See ya next weekend for Saturday mass,” wrote one, ahem, believer.

“This is my kind of religion,” chimed in another.

“As someone who started what was definitely a religion and not an attempt to get tax free booze many years ago, I both support and adore this,” added another crafty craft beer believer.