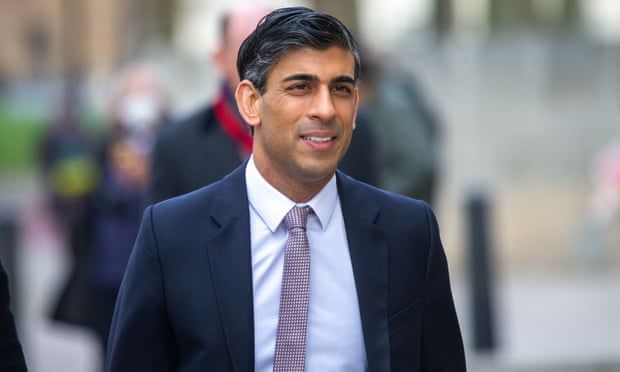 Sunak urged to raise benefits by left- and rightwing economists

Chancellor Rishi Sunak faces demands from economists across the political spectrum to increase benefits and the state pension by about 8% in his spring statement next week, in order to help alleviate the worst cost-of-living crisis for decades.

A Resolution Foundation report on the state of the economy on Monday shows that only such drastic action will allow millions of people on low incomes to maintain their living standards at current levels.

Economists from other leading thinktanks – including the right-leaning Centre for Policy Studies – are also urging the chancellor to increase benefits by far above the 3.1% currently planned. This figure was determined last September by the rate of inflation at the time.

While the Bank of England has predicted that inflation will rise above 7% next month, the war in Ukraine and its effect on energy and food prices has led many economists to predict even more pain, with price rises hitting 8%, and affecting the poorest households most.

The Resolution Foundation’s new modelling shows that a single parent living in rented accommodation with one child, doing 20 hours of work a week supplemented by universal credit, will see the effects of all the recently announced government help with energy bills and benefits more than wiped out by the soaring cost of living, leaving them hundreds of pounds a year worse off.

It says, however, that if benefits were to be raised by a further 5% – taking the total uplift to the staggering level of 8.1% – the difference would be made up and living standards for many of those on low incomes would not decline.

The thinktank predicted last week that typical household incomes would fall by 4% in 2022-23, a cut of £1,000 per household, the sharpest annual income fall since the mid-1970s.

Under current plans the state pension will also rise by just 3.1%, meaning an increase of £5.55 a week. If inflation rises to 7.25% in April, as predicted by the Bank of England, this would amount to a real terms cut of more than £7 a week.

Recent analysis by the Joseph Rowntree Foundation found that increasing benefits by 3.1% at a time of soaring inflation would mean that 9 million low-incomes households entitled to means-tested benefits, both in and out of work, would experience an average real-terms cut of £500 a year.
Advertisement

The foundation is calling on the government to increase benefits in line with the Bank of England’s February 2022 monetary policy report forecast of 7% inflation by April as an immediate first step to help keep up with the rising cost of living.

The demands to help those on benefits and state pensions is another headache for Sunak, who is already under intense pressure from Tory MPs to drop or postpone a 1.25 percentage point rise in national insurance due to come into effect in April. The Treasury has indicated it is not willing to move on the increase, which was planned to pay for the NHS and improvements in social care.

If Sunak resists this, most Tories expect he will bring in extra help for low-income families, to help them cope with energy and fuel costs. 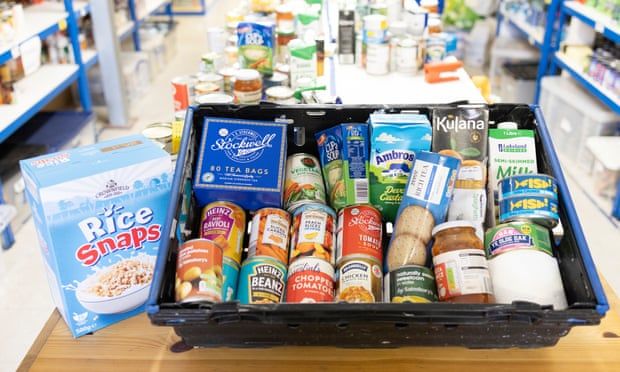 Clare Moriarty, chief executive at Citizens Advice, said: “Rising costs are simply swallowing what’s left of people’s budgets. One of our advisers spoke to a parent last week who was having to choose between giving their kids a hot bath at bedtime, or putting on the heating for an hour while they got ready for school.

“These stark choices are only going to get worse from April when energy bills rise again.

“The government must do more. We’d urge them to immediately increase benefits in line with inflation to help people keep pace with costs. And when bills soar further in the autumn they must bring in a support package to stop more households being pushed into hardship.”

James Heywood, head of welfare and opportunity at the Centre for Policy Studies, said benefits should be raised this year by more than the 3.1% planned, and that the increase should be reversed next year. “Benefits are uprated annually by the September measure of inflation, but ministers should consider uprating benefits by more this April to cushion the impact of the cost of living crisis for the poorest households. This should then be offset by reducing next year’s increases. This way the government can help blunt the edges of the cost-of-living hike, without incurring sustained pressure on the public purse.”