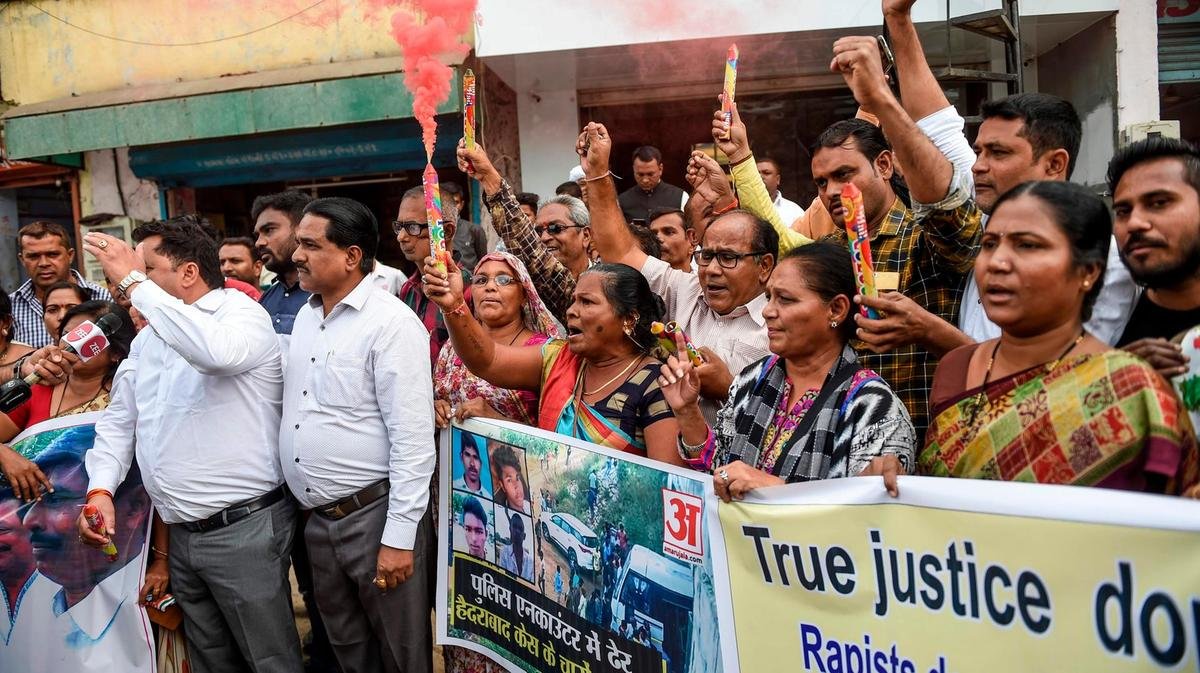 Weeks after India imposed a nationwide lockdown to combat the coronavirus pandemic, authorities have arrested activists who raised their voices against the citizenship law.

On May Day, over 300 teachers, researchers and journalists across India released a statement on the arrests happening amidst the Covid-19 lockdown, in the purported aftermath of the violence in Delhi a couple of months back.

They condemned the arrests and subsequent charges applied under the Unlawful Activities (Prevention) Act (UAPA) targeting Muslims and specifically, those who protested against the Citizenship Amendment Act (CAA).

The signatories have demanded a fair investigation into the violence instead of the targeting and framing of individuals and organizations.

“This is nothing but targeted misuse by the state, especially during the lockdown during the pandemic to silence and threaten activists, students and organizations that are critical of the central government,” Shabnam Hashmi, activist told RFI.

Among those arrested include Meeran Haider and Safoora Zargar, who are both students of Jamia Millia Islamia University in Delhi.

Umar Khalid, a former student leader from Jawaharlal Nehru University, has been booked and is role probed by the police. He has been accused of making hate speeches and disseminating propaganda to destabilize the visit of US President Donald Trump in New Delhi.

“Zargar is pregnant and in her second trimester. She is a bright student and is languishing in Tihar jail since April 10 for protesting the Citizenship law. The police claim she is the key conspirator but that is complete humbug,” Razia Khan, a classmate told RFI.

Both Haider and Zargar were part of the Jamia Coordination Committee (JCC), a group of students and alumni from the university who spearheaded the anti-CAA protests in some parts of Delhi.

The arrests have been made under a host of harsh legal provisions, including the draconian UAPA, with the police claiming that these protesters were part of a shadowy conspiracy that led to violence in Delhi in February that left 53 people dead.

The UAPA allows investigative agencies to proscribe individuals as terrorists and empowers more officers of the National Investigation Agency to probe cases. A person charged under the act can be jailed for up to seven years.

“We condemn the witch-hunt by the police against activists and students who were at the forefront of the democratic upsurge. They are abusing the lockdown to silence and arrest those who oppose government policies,” Varun Madan, an academic told RFI.

Instances of crackdowns on other activists have also surfaced from across the country.

A student activist from the Aligarh Muslim University in north India, Mohammad Amir Mintoee, was arrested by the Uttar Pradesh police a fortnight back where he was reportedly distributing food to the poor.

His colleagues say Mintoee was active in leading a movement against police atrocities on students in December 2019.

Social activists and intellectuals Anand Teltumbde and Gautam Navlakha were forced to surrender and the case made out by the police accuses them of Maoist links.

More than 5,000 individuals and over 15 organisations around the world had urged the government to delay Teltumbde and Navlakha’s arrest.

Last week, seven people, including three Kashmiri journalists, have been charged under UAPA, which allows the government to proscribe an individual as a "terrorist".

Several other media outlets and journalists have been the targets of judicial proceedings sometimes bordering on harassment.

The timing of the police action has raised eyebrows, especially at a time when strict restrictions on the mobility and assembly of people are placed in the country because of the complete lockdown.

Concerns are also being raised about limited access to justice during the coronavirus pandemic. Visits to prisons by lawyers and families have been banned.

Ironically thousands of migrant workers are still left stranded at the borders across the country due to the lockdown, even on a day which is observed every year to pay tribute to the contribution of workers across the world.