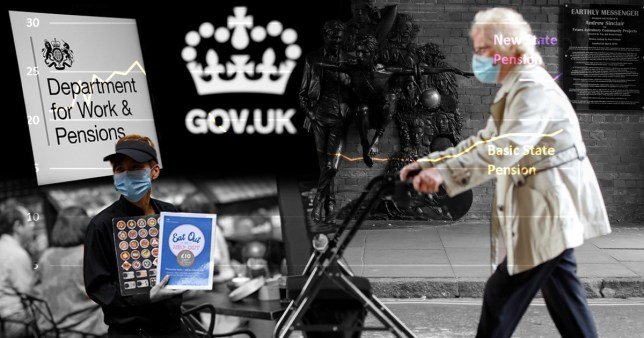 It comes after the inflation rate rose to 0.5% in September from 0.2% in August, following the end of the popular Eat Out to Help Out scheme.

Jonathan Athow, deputy national statistician at the ONS, said: ‘The official end to the Eat Out to Help Out scheme meant prices for dining out rose during September, partially offsetting the sharp fall in inflation for August.

‘Air fares would normally fall substantially at this time due to the end of the school holidays but with prices subdued this year, as fewer people have been travelling abroad, the price drop has been less significant.

‘Meanwhile, as some consumers look for alternatives to using public transport, there was an increased demand for used cars, which saw their prices rise.’

September’s inflation rate is used to calculate the increase for state pensions the following year.

The current ‘triple-lock rule’ means the rise is based on whichever is higher: earnings growth of the year to July, or 2.5%. 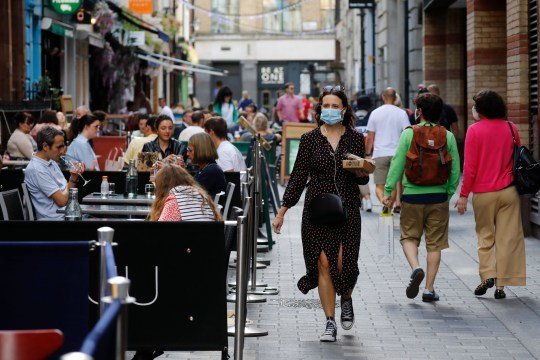 Because earnings have been hit hard by the coronavirus pandemic this year and prices creeping up by just 0.5%, this 2.5% figure will be used to set the pension increase in 2021.

This has not yet been confirmed by the Government but an official announcement is expected later.

This is the smallest increase possible under legislation and is the fourth time the 2.5% underpin has kicked in since the triple-lock policy was introduced in 2011. It aims to prevent a state pension freeze.

Tom Selby, senior analyst at AJ Bell, said: ‘With Covid-19 hammering wages and pushing inflation to almost 0%, the value of the state pension triple-lock has never been clearer.

‘If it were not for the policy, pensioners would likely see their state pension frozen next year.

It comes as the UK’s national debt hit a record £2.06 trillion at the end of September, according to new data from the Office for National Statistics. 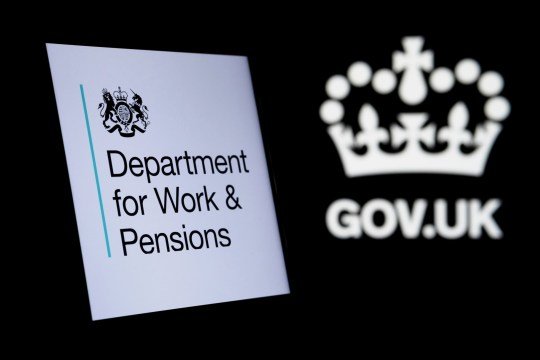 It pushed borrowing up to 103.5% of gross domestic product after the public sector borrowed around £36.1 billion in September – which is £28.4 billion more than the same month a year ago and the third-highest month of borrowing since records began in 1993.

At the end of September there was £1.741 trillion of central government bonds, or gilts, in circulation to prop up the falling tax take and cover the huge expenditure made on the health crisis.

The Treasury has also announced it will scrap a planned multi-year spending review due later this year, and replace it with a one-year review to focus on the impact on the public accounts from the pandemic.

The review will take place by the end of November and focus on supporting jobs, setting department resources and capital budgets and block grants for devolved administrations.

Chancellor of the Exchequer Rishi Sunak said: ‘In the current environment it’s essential that we provide certainty.

‘So we’ll be doing that for departments and all of the nations of the United Kingdom by setting budgets for next year, with a total focus on tackling Covid and delivering our Plan for Jobs.’