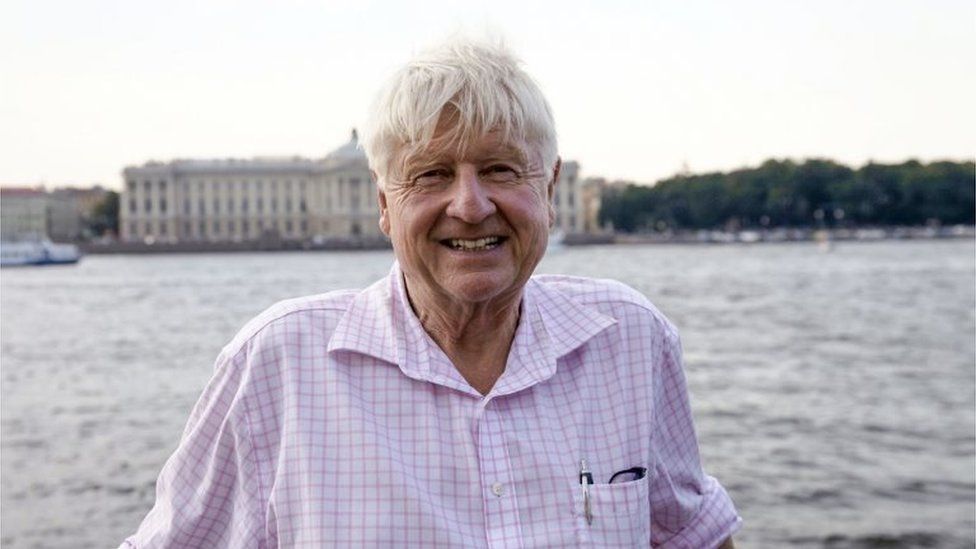 Boris Johnson's father Stanley says he has become a French national, telling a Belgium news website he wanted to keep "a link" with the EU after Brexit.

Mr Johnson, whose mother was French, told BFMTV getting citizenship was "something precious" and allowed him to "claim part of my identity".

"I count myself once again as an EU member - that's very good," he added.

Unlike his son, who led the campaign to leave the EU, Mr Johnson voted Remain in the 2016 Brexit referendum.

However, he later changed his mind, saying "the time has come to bail".

Between 1979 and 1984, Mr Johnson was a member of the European Parliament representing Wight and Hampshire East.

Downing Street said his decision to accept French citizenship was "a personal matter for the prime minister's father".

Stanley Johnson announced he would be seeking French citizenship in December 2020 - a month before the UK fully left the EU.

The French Ministry of Justice has confirmed Mr Johnson acquired French nationality on Wednesday, having applied on 18 November 2021.

Speaking to PA News, the former environmental campaigner said: "I'm absolutely delighted and have no idea at what level this decision was taken but I do think it was a very imaginative thing to do at this moment, at a time when relations with France and the EU are not necessarily the best."

Mr Johnson joked that he could stand for the European Parliament again, but this time for a French constituency.

He also said he had received a one word reply from his son, Boris - "magnifique".

French law normally prevents the children of French citizens from claiming nationality if their French family member has lived outside the country for more than 50 years without making use of their rights.

However, the justice department said Mr Johnson had been able to reactivate his right to French nationality under a clause for those with a "cultural, professional, economic or family" link to the country.

It added that Mr Johnson's French citizenship applied only to him, and did not extend to his descendants.

There is no requirement for British people becoming French citizens to give up their UK nationality.

Following the Brexit referendum there was a surge in UK citizens acquiring the nationality of another EU country.

Because he was born in New York, Boris Johnson was able to hold US citizenship, which he did for 25 years before giving it up in 2016.