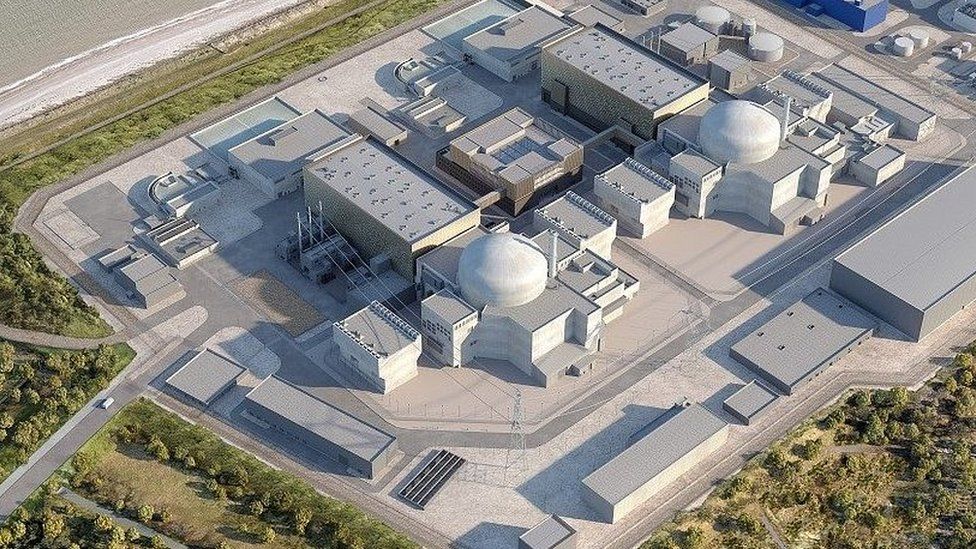 Prime Minister Boris Johnson has pledged £700m for a new nuclear power plant on the Suffolk coast, with a call to "go nuclear and go large and go with Sizewell C".

In a speech at Sizewell, he said he was "confident" the plant would go ahead.

The project, which is being developed by French energy company EDF, is estimated to cost about £20bn overall.

Critics have argued Sizewell C will be hugely expensive and take years to build.

The government gave the go-ahead for the plant in July with negotiations on raising funds continuing.

It is not expected to begin generating electricity until the 2030s.

"We need to pull our national finger out and get on with Sizewell C," the outgoing PM said.

"That's why we're putting £700m into the deal, just part of the £1.7bn of government funding available for developing a large-scale nuclear project to final investment stage in this parliament.

"In the course of the next few weeks I am absolutely confident that it will get over the line."

Mr Johnson said the war in Ukraine, which has pushed up gas prices, had demonstrated the need for new nuclear generation capacity in the UK.

In his final major policy speech before he leaves office, he argued the reluctance of previous governments to back nuclear energy had helped drive up bills.

The PM described the problem as "myopia", adding: "It is called short-termism. It is a chronic case of politicians not being able to see beyond the political cycle."

"And so I say to you, with the prophetic candour and clarity of one who is about to hand over the torch of office, I say go nuclear and go large and go with Sizewell C."

Tom Greatrex, head of the Nuclear Industry Association, called the announcement an "important step toward cutting gas, cutting bills and creating stable, secure well-paid jobs for people up and down the country".

She added that the "enormous upfront cost" would be passed on to consumers.

The Stop Sizewell campaign group said: "When every penny matters, it's totally wrong to shackle the next prime minister and billions in taxpayers' money to this damaging project, whose ballooning cost, lengthy construction, failure-prone technology and long term water supply are so uncertain."

The group urged Mr Johnson's successor to review the project and focus on "cheaper, quicker renewables and insulation".

Labour said the government had an "appalling legacy" on clean power, accusing it of blocking onshore wind and delaying the expansion of solar and nuclear power. 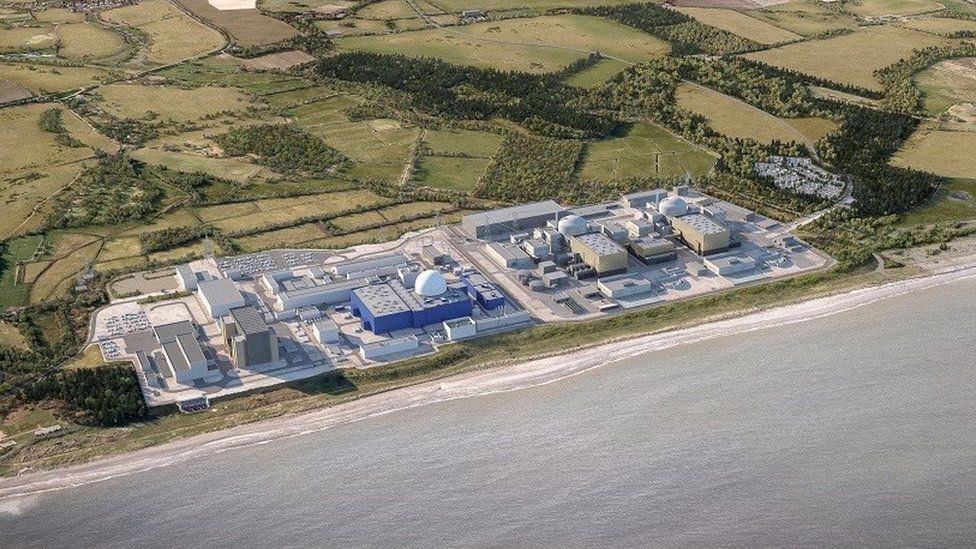 Mr Johnson's speech was made against the backdrop of an energy crisis which looks set to worsen over the winter, with household bills soaring.

The war in Ukraine has pushed up the price of gas and renewed concerns about energy security.

The crisis is likely to dominate the agenda for whoever succeeds Mr Johnson as PM.

Tory leadership candidate Liz Truss - who pollsters have tipped to win the contest - hinted on Wednesday she would look at providing further support to businesses and households. She also ruled out energy rationing - unlike rival Rishi Sunak, who said it should not be taken off the table.

Today's speech from Boris Johnson would have been significant had he been able to announce the deal to build a new nuclear power station had been sealed.

But he can't, and the £700m he is pledging is considered to be too small a sum to guarantee the participation of private investors and EDF.

So why do it? The £700m comes from a £1.7bn fund for nuclear already agreed by the cabinet - so he can't be accused of entering into new financial arrangements which would bind the hands of his successor.

Whether the project goes ahead will be up to the new occupant of No 10.

But he was issuing a statement of intent - and making it more difficult, should his successor wish, to back out.

While his speech largely blamed Labour for "myopia" on energy, it seemed to contain a coded message to the next PM not to put new domestic projects on hold while dealing with the short term, but severe, challenge of soaring bills.

Both candidates are committed to new nuclear.

But if they are tempted to delay, Boris Johnson can make it clear that is one thing that he can't be blamed for.

The Sizewell C project is expected to generate about 7% of the UK's electricity needs and operate for 60 years.

It would be built next to the existing Sizewell B, which is still generating electricity, and Sizewell A, which has been decommissioned.

EDF has said the plant could generate 3.2 gigawatts of electricity, enough for about six million homes.