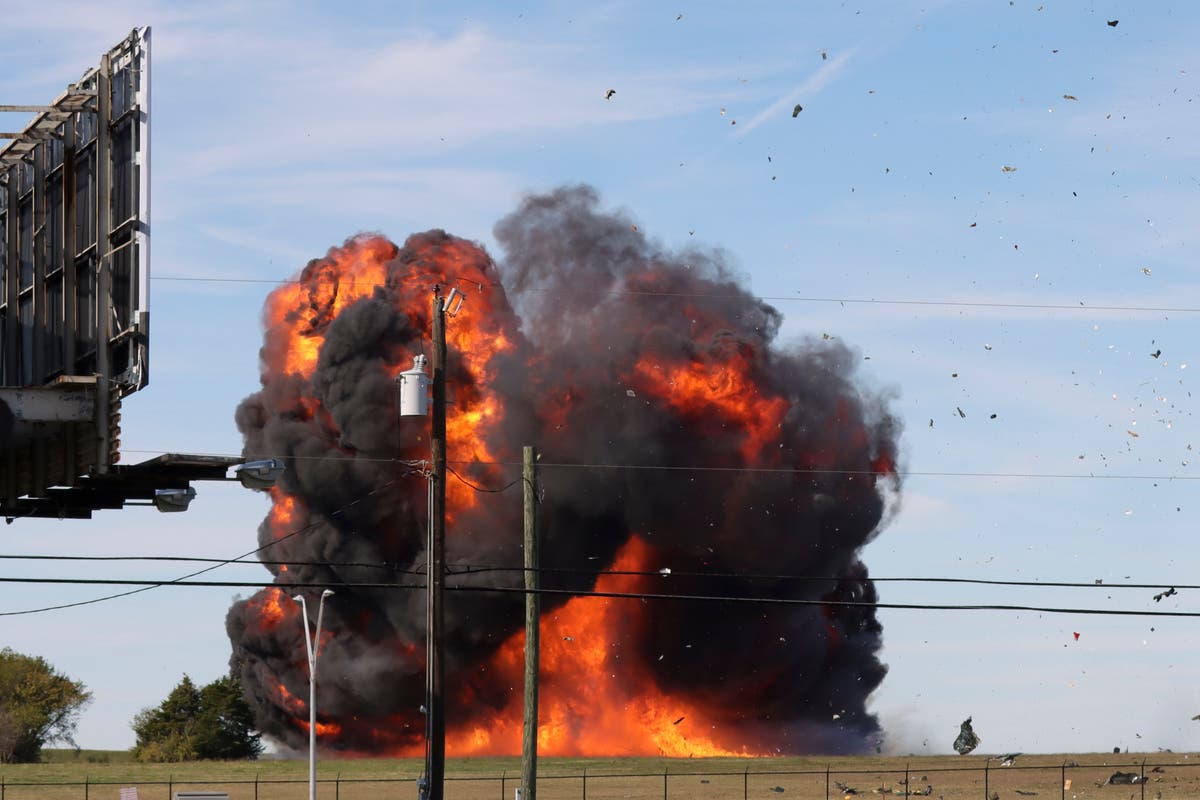 Six people were killed after two historic military aircraft collided and crashed Saturday during an air show in Dallas, exploding into a ball of flames.

Emergency crews raced to the crash scene at the Dallas Executive Airport, about 10 miles (16 kilometers) from the city's downtown.

News footage from the scene showed crumpled wreckage of the planes in a grassy area inside the airport perimeter.

According to the FAA, the planes were a Boeing B-17 Flying Fortress and a Bell P-63.

“According to our Dallas County Medical Examiner, there are a total of 6 fatalities from yesterday’s Wings over Dallas air show incident,” Dallas County Judge Clay Jenkins tweeted Sunday.

There were no reported injuries among people on the ground.

"I just stood there. I was in complete shock and disbelief," said Montoya, 27, who attended the air show with a friend. "Everybody around was gasping. Everybody was bursting into tears. Everybody was in shock." 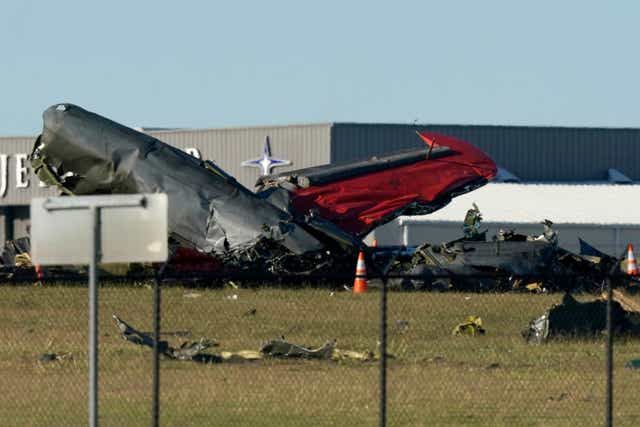 The wreckage of the planes

Officials would not say how many people were on board the planes, but Hank Coates, president of the company that put on the airshow, said one of the planes, a B-17 Flying Fortress bomber, typically has a crew of four to five people.

The other, a P-63 Kingcobra fighter plane, has a single pilot.

No paying customers were on the aircraft, said Coates, of Commemorative Air Force, which also owned the planes. Their aircraft are flown by highly trained volunteers, often retired pilots, he said.

A team of National Transportation Safety Board investigators will arrive at the scene of the crash on Sunday. 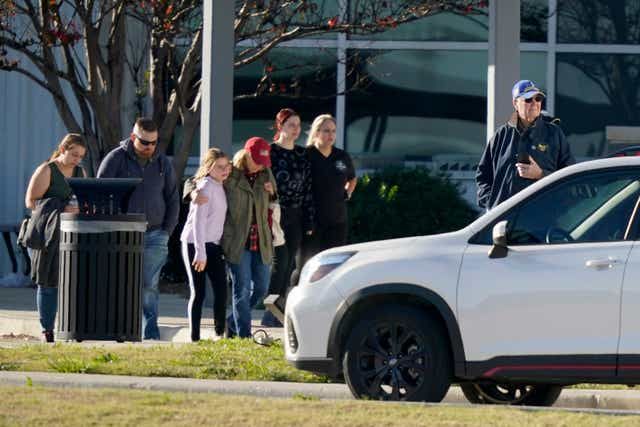 The planes collided and crashed at roughly 1.20pm, the Federal Aviation Administration said in a statement. The collision occurred during the Commemorative Air Force Wings Over Dallas show.

Victoria Yeager, the widow of famed Air Force test pilot Chuck Yeager and herself a pilot, was also at the show. She didn't see the collision, but did see the burning wreckage.

"It was pulverized," said Yeager, 64, who lives in Fort Worth.

"We were just hoping they had all gotten out, but we knew they didn't," she said of those on board.

The B-7 is an immense four-engine bomber used in daylight raids against Germany. The Kingcobra, a fighter plane, was used mostly by Soviet forces during the war.

Most B-17s were scrapped at the end of World War II and only a handful remain today, largely featured at museums and air shows, according to Boeing.

Several videos posted on social media showed the fighter plane appearing to fly into the bomber, causing them to quickly crash to the ground and setting off a large ball of fire and smoke.

"It was really horrific to see," Aubrey Anne Young, 37, of Leander. Texas, who saw the crash. Her children were inside the hangar with their father when it occurred. "I'm still trying to make sense of it."

A woman next to Young can be heard crying and screaming hysterically on a video that Young uploaded to her Facebook page.

Wings Over Dallas bills itself as "America's Premier World War II Airshow," according to a website advertising the event. The show was scheduled for Nov. 11-13, Veterans Day weekend, and guests were to see more than 40 World War II-era aircraft. Its Saturday afternoon schedule of flying demonstrations included the "bomber parade" and "fighter escorts" that featured the B-17 and P-63.

The FAA was also launching an investigation, officials said.