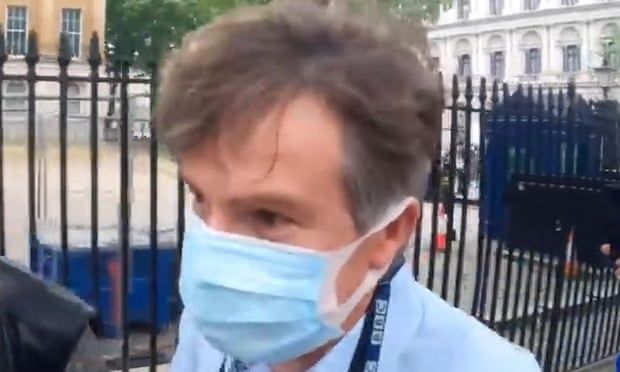 A court previously heard how members of the group intimidated Newsnight’s political editor Nicholas Watt during the politically charged incident in Whitehall on 14 June 2021.

Crowds had gathered to protest against the government’s four-week extension of coronavirus restrictions in England.

They stood trial at Westminster magistrates court from 29 June to 1 July, while Joseph Olswang, 40, pleaded guilty at an earlier hearing.

But a verdict of guilty in all cases was recorded on 1 August and all six will be sentenced on 30 August, according to the Metropolitan police.

DC James Harold, the officer in the case, said: “A video of this incident prompted a huge amount of online comment and public concern. The behaviour shown by these people was unacceptable.

“Members of the public, of any profession, have the right to go about their day without being subjected to verbal harassment or actions that put them in fear for their safety.”
#Coronavirus
Add Comment