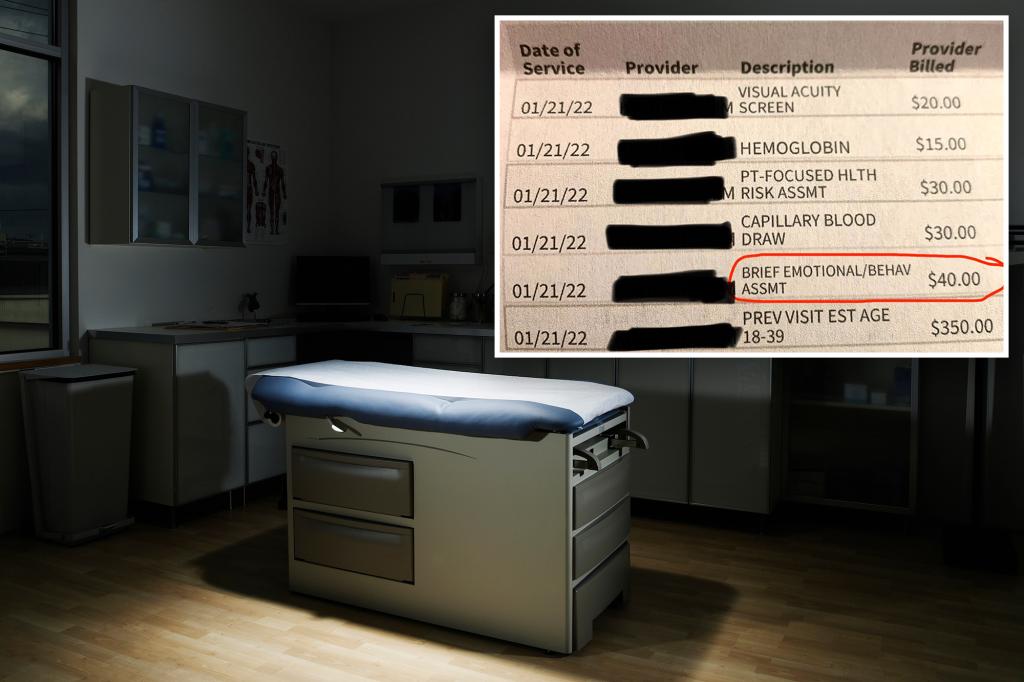 A photo of the bill went viral with more than 54,000 retweets and 425,000 likes, plus thousands of comments from people expressing their shock.

A New York woman recently shared that her sister was reportedly charged $40 “for crying” at a doctor’s appointment.

“My little sister has been really struggling with a health condition lately and finally got to see a doctor. They charged her $40 for crying,” she captioned the photo in a tweet.

The image highlighted a segment of the bill that docked her sis for a “BRIEF EMOTIONAL/BEHAV ASSMT.”

In the Twitter thread, she explained that her sister has a “rare disease” and “got emotional because she feels frustrated and helpless,” as she’s reportedly struggled to find care.

“One tear in and they charged her $40 without addressing why she is crying, trying to help, doing any evaluation, any prescription, nothing,” she wrote.

The photo went viral with more than 54,000 retweets and 425,000 likes, plus thousands of comments from people expressing their shock. 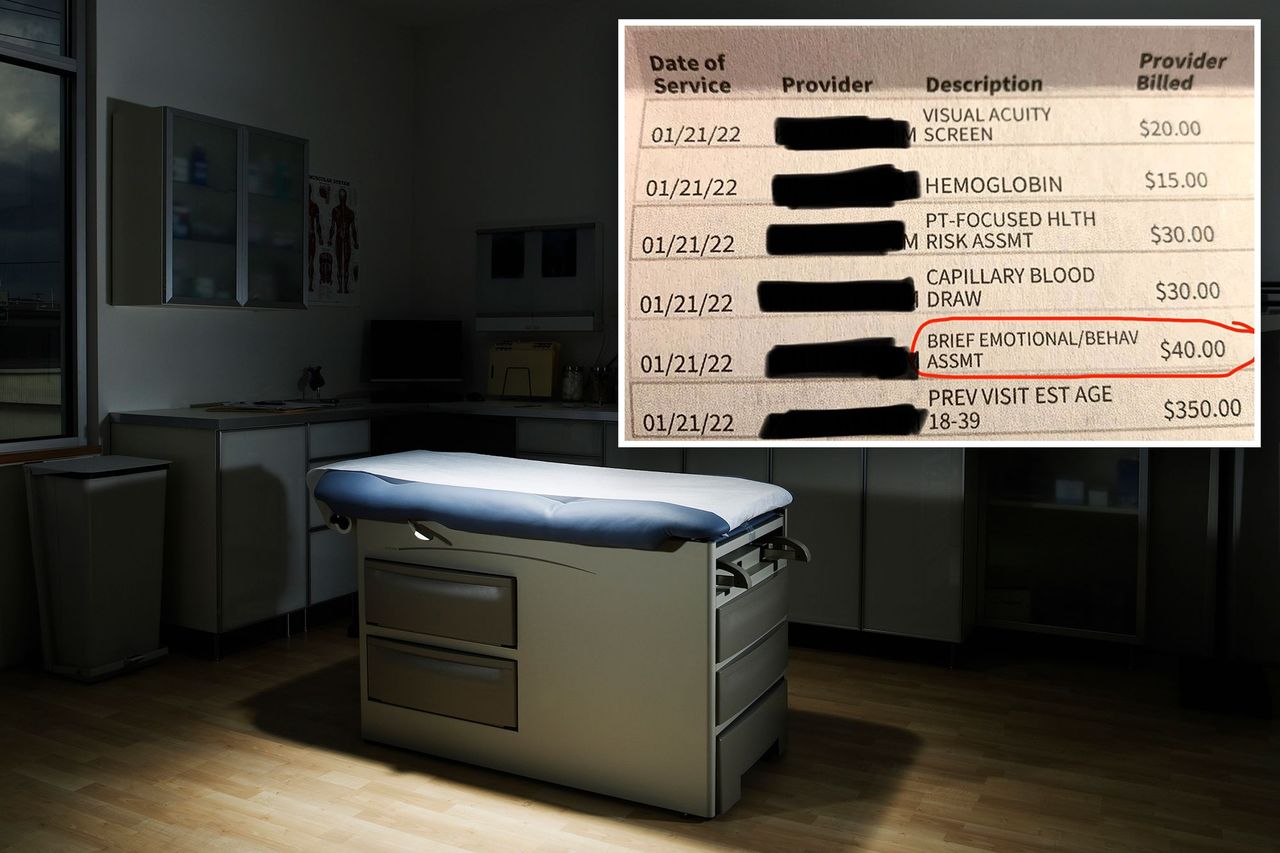 A woman sparked an online conversation about US medical costs after sharing a photo of a bill that she said included a charge “for crying.” 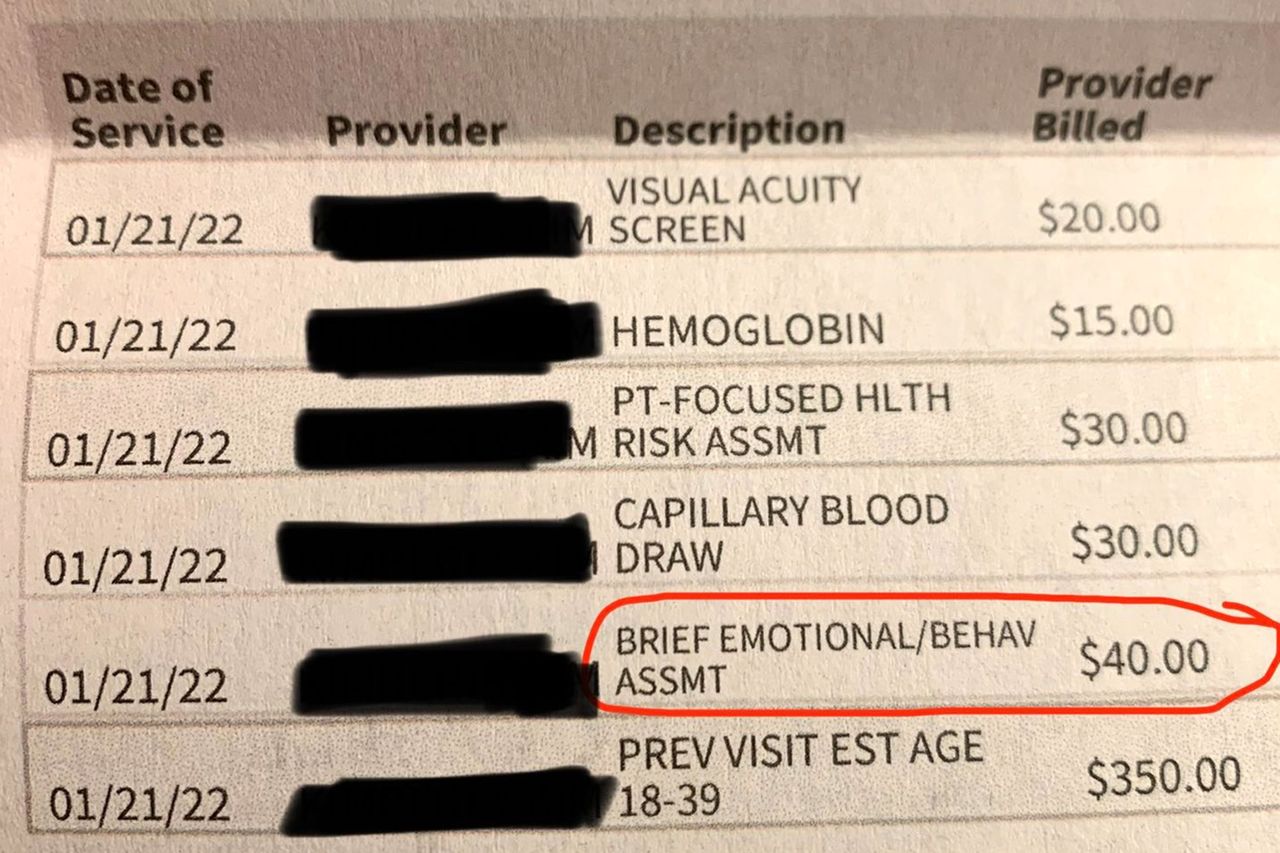 In the thread, Johnson also noted that the “assessment” cost more than a vision test, hemoglobin test, a health risk assessment and a capillary blood draw.

A brief emotional/behavioral assessment is a mental health screening that tests for signs of attention-deficit/hyperactivity disorder (ADHD), depression, anxiety, suicidal risk or substance abuse. It is usually issued as a questionnaire that is often handed out and filled in before seeing the doctor.

Doctors have been testing and charging for the test since 2015 when it became a federal mandate as part of the Affordable Care Act “to include mental health services as part of the essential benefits that must be included in all insurance plans offered in individual and small group markets.”

However, Johnson told The Independent that her sister was never evaluated. She claimed that the doctor at the unnamed medical facility noticed her sister’s tears but said nothing.

“They did not evaluate her for depression or other mental illnesses, nor did they discuss her mental health with her,” Johnson said. “She never talked to a specialist, was not referred to anyone, not prescribed anything, and they did nothing to assist with her mental health.”

And while Johnson’s sister is reportedly covered by their father’s medical insurance, the family is still in shock.

“We need a drastic change in the healthcare industry, and I thought that sharing a real-life story online would be a good way to open up the conversation and help advocate for change,” she said. “I really hope this tweet can incite improvement in our healthcare system as well as be a warning for the future.”

The viral post sparked a conversation about the confusing and high prices of medical care in the United States.

Twitter user Lauren Cugliotta replied to Johnson’s post with a photo of her own medical bill showing when she was charged nearly $2,000 for “Women’s services” — which she said doctors explained was the cost of a pregnancy test.

Another woman who claimed to be a nurse commented that her daughter was charged $44 for “skin to skin contact” after giving birth.

“In other words when they flopped my grandson up onto her chest after the umbilical cord was cut. I guess the cheaper alternative was letting him fall on the floor?” they tweeted.

One Twitter user claimed that they were charged $250 after a gastrointestinal specialist simply popped into their room to say hello.

“One time, when I didn’t have insurance, I landed in the hospital because of my Crohn’s disease. Hospital doc said GI specialist making rounds would stop in to introduce himself before I was discharged. GI doc said hello, gave me a business card and said I should call for an appointment. Later sent me a bill for $250. I put his business card in an envelope with the bill and a note that said I only know one profession that charges for social calls, and he wasn’t that much fun. Never heard from them again,” they shared.

A recent Kaiser Family Foundation study found that half of American adults said they put off or skipped some sort of health or dental care in the past year because of the cost.

As for Johnson’s debacle, many users were astounded by the steep, sometimes unclear or obscure medical charges faced stateside.