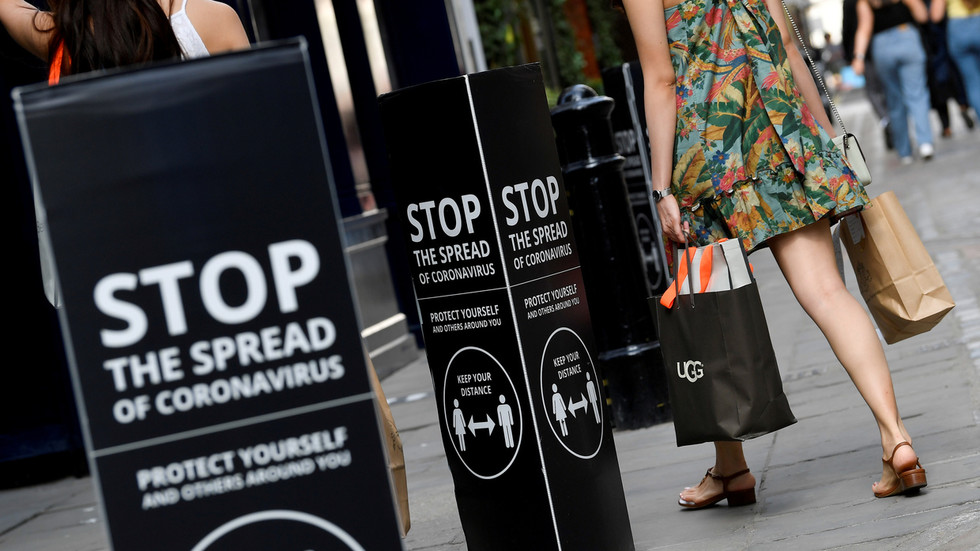 The UK Health Secretary Matt Hancock has brushed aside the prospect of a second coronavirus wave hitting Britain, a day after his fears of an exponential surge in Covid-19 cases were contradicted by experts.
Speaking to the media this Thursday, Hancock said that a comeback of the Covid-19 outbreak is unlikely in the UK – in sharp contrast to some other European countries where “we're seeing this big second spike.”

While the government is “very worried” about the issue, “we have the lines of defence in this country,” he said. “Everybody has a part to play.”

Hancock also promised that London will spend half a billion pounds on trials of a 20-minute coronavirus test. The technology would allow for expanding mass testing “at a radically bigger scale,” thus keeping abreast with the spread of the virus.

The health secretary has been warning of the possibility of a second wave coming throughout this week. Speaking in the House of Commons on Wednesday, he mentioned the drastic surge in the number of cases in France and Spain, urging parliamentarians to “do everything in our power to protect against a second wave here in the UK.”

Scientists, however, downplayed Hancock's doomsayer remarks, pointing out that mortality rate hasn't risen in those countries. “There is currently no second wave,” Professor Carl Heneghan of the University of Oxford's Center for Evidence-Based Medicine told Mail Online. “What we are seeing is a sharp rise in the number of healthy people who are carrying the virus, but exhibiting no symptoms,” he said.

Meanwhile, the UK has reported close to 341,000 cases, and over 41,600 of deaths. The UK's death toll takes into account only patients who died within 28 days of testing positive for coronavirus.
#COVID
Add Comment