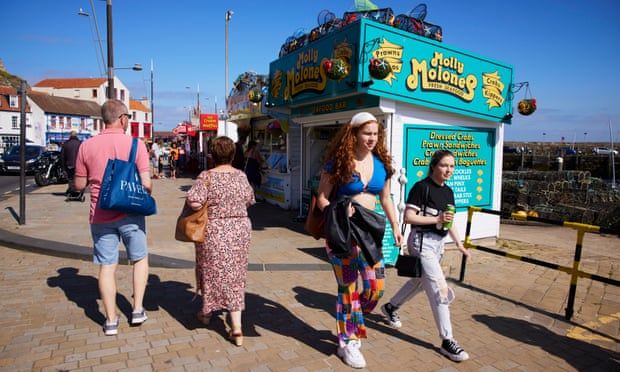 Scarborough hopes to woo millennials with surfing, yoga and dolphins

Pack away the bucket and spade and roll out the yoga mat. Scarborough is hoping to overhaul its image as a traditional seaside resort by enticing millennials with the promise of surfing, exercise on the beach and dolphin-watching at sunset.

The North Yorkshire town, which claims to be England’s first coastal resort, wants to capitalise on the domestic holiday boom by showing twentysomethings there is more to “Scarbados” than amusement arcades and donkey rides.

A marketing drive will appeal directly to “urban-dwelling millennials”, who might usually opt for Ibiza or the Algarve over the white-gold sands of the North Sea coast.

“There’s a misconception that seaside resorts are just traditional seaside resorts and there’s nothing for the millennials or the younger markets, when there absolutely is,” said Janet Deacon, the tourism manager for Scarborough borough council.

Deacon said the town would mark its 400th anniversary as a family-friendly destination by promoting its lesser-known attributes – such as adventure sports, live music, yoga on the shore, dolphin-spotting and Instagram-friendly coastal hikes – to a younger generation.

Scarborough has been heavily reliant on tourism since it became a seaside resort in the early 1700s, with nearly half of the town’s 47,000-workforce employed in the industry. Like many coastal resorts, it has suffered during the pandemic as the vast majority of its annual 10.2 million visitors stayed at home.

Zoe Burns, 30, has run sunrise yoga classes on North Bay beach since Covid forced her to relocate from hotels and gyms. While the first session did not go to plan – “a dog ran over and peed on the yoga mats. It was a comedy of errors” – they have since proven popular. 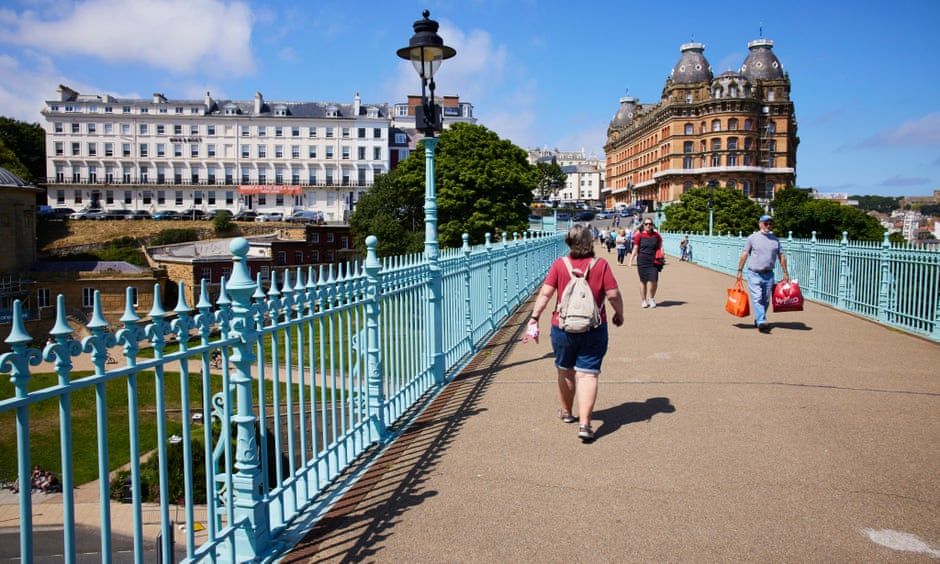 Scarborough has been heavily reliant on tourism since the early 1700s.

“I would just love to see Scarborough a bit more vibrant; it needs a boost. I am all for the new generation of visitors,” she said. “It would be nice for people to rediscover Scarborough. A few years back, they would have maybe thought of it as a stag do, hen do type of place, but there’s more to it.”

“Scarbados” supporters point to its growing artistic and live music scene – Britney Spears performed there in 2018, with big-name acts including Nile Rodgers and Stereophonics lined up this year – as evidence of a renaissance in its fortunes.

England’s first Bike & Boot hotel, which caters for the more active holidaymaker, opened last year after transforming a Georgian seafront building with elegantly decorated rooms and a cocktail bar. “You can still do the penny arcades but there is more to Scarborough now with the regeneration going on. It is starting to become more modern,” said Christianne Lane, the hotel’s reservations manager. 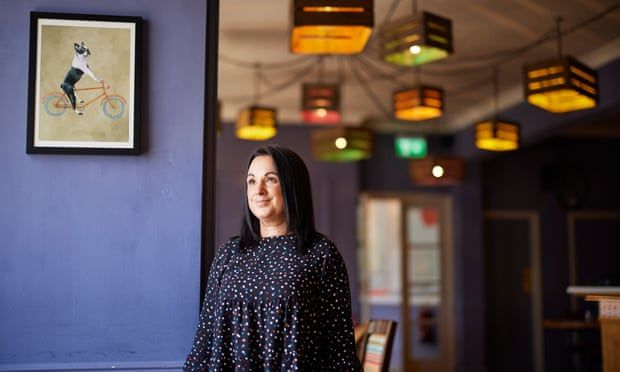 Christianne Lane of the Bike & Boot hotel: ‘There is more to Scarborough now with the regeneration going on.’

The town still has deep challenges. Behind the promenade live some of England’s poorest families and it has one of the country’s highest suicide rates. Its mainly elderly residents have complex health needs but have to travel far out of town to access services.

Scarborough’s relative isolation means it has recorded fewer than average coronavirus deaths and cases. Three-quarters of its adults are double-vaccinated, compared with 69% in England as a whole, leading many to hope a route out of the pandemic is in sight, even if cases are rising sharply.

John Senior, who runs three restaurants in Scarborough, said he believed the resort was on the verge of a renaissance. “It’s the first time I’ve known in my entire working life in Scarborough since the 1980s, when Scarborough was seen as a sexy resort, that there’s a real feeling of hope and redefinition and belief in our town,” he said, pointing to new investment and enduring treasures such as the castle and Victorian cliff railway.

“It’s not really changed that much in 400 years. It’s one of the wonders of the place. What we have is absolutely unique and compares favourably to anywhere in the world: San Sebastián, Santander, wherever you pick.”