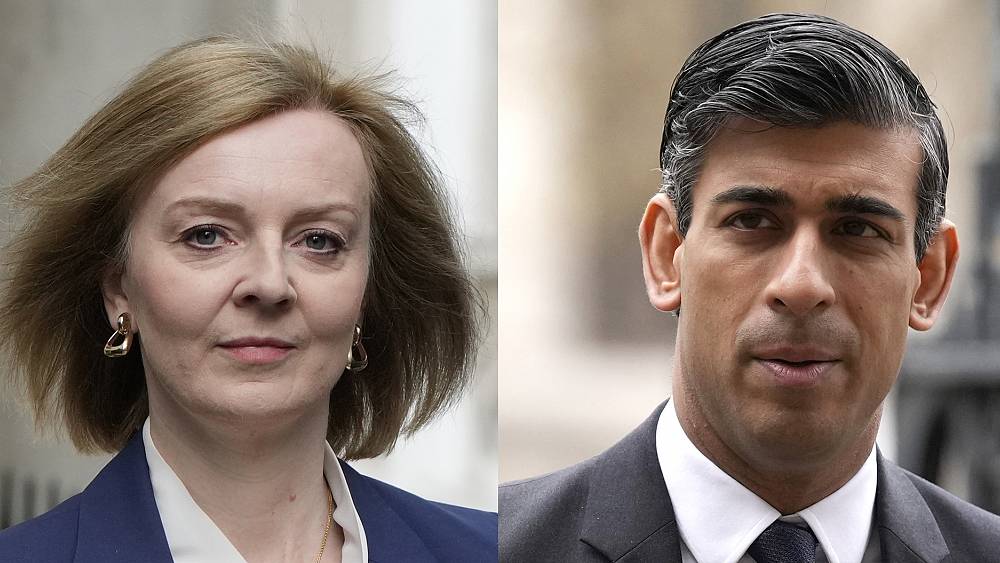 Britain's leading politicians have been accused of coming up with "pure fantasy" solutions to the country's problems, amid the worst cost-of-living crisis in decades.

At the same time, the government has been denounced as "missing in action", distracted by the Conservative Party's leadership race to determine who will replace Boris Johnson.

The outgoing prime minister's office confirmed on Monday that he had begun a week's holiday, his second break in a fortnight. Downing Street said last week that it would be up to "the future prime minister" to take new measures.

Liz Truss and Rishi Sunak, the two remaining contenders to succeed Johnson, have been concentrating on winning over party members who are voting this month for the new leader.

It comes at a time when the economy is facing a prolonged recession and UK inflation is the highest in the G7, hitting a 40-year high this summer. In July it rose to 9.4%, and the Bank of England expects it to hit double figures come October when household energy bills are due to rise again.

Paul Johnson, Director of the Institute for Fiscal Studies, is unimpressed with the economic plans of both Tory leadership rivals, as well as those of the Labour opposition.

"We (economists) tend to look at difficult things like costs and benefits, trade-offs, pros and cons. Our political leaders seem less and less willing to acknowledge that such trade-offs even exist. Apparently, we can have our cake and eat it," he wrote in an article published on Monday.

Truss, the foreign secretary, has said she prefers tax cuts to "handouts", and has not committed to increasing direct payments to consumers.

Sunak, the former chancellor (finance minister), has backed "urgent help" to enable people to pay bills, without giving specifics. "Failure to do this would push millions, including many pensioners, into a state of destitution," he said on Saturday.

Earlier this year he approved a £400 (€475) payment to offset fuel bills that all households will get this autumn. He opposes immediate tax cuts but has vowed to slash the basic rate of income tax by 20% by 2029.

"We’ve had a shower of cakeism recently. Both the 2019 Labour and Conservative manifestos were stuffed full of it," said Paul Johnson of the IFS. "Both Conservative leadership contenders are guilty of it. They seem to think they can promise tax cuts without any hint that this might matter for the quality of public services or the level of borrowing and debt."

Paul Johnson also criticised Britain's opposition Labour leader, after he called on Monday for the energy price cap to be frozen.

"Keir Starmer has now suggested that we “suspend” the energy price cap. In other words, find £30 billion-plus (€35.6 billion) to subsidise energy bills," he wrote.

"The fact remains that if we want to buy gas on the world market then we will have to pay a lot more for it than we have been used to. We are competing for that gas in a world in which demand is rising faster than supply. That’s why the price is rising."

However, Johnson acknowledged that "Labour has gone much further than Conservative leadership contenders" in giving details of how to pay for its plans. Starmer said his party, if in power, would extend a windfall tax on oil and gas companies in the North Sea to raise £8.1 billion (€9.6 billion).

Analysts Cornwall Insight have predicted that a typical annual household energy bill could reach the equivalent of €5,000 in January. The energy consultancy Auxilione has suggested that the figure could approach €6,000 in the first half of 2023.

Martin Lewis, a consumer champion who runs the popular Money Saving Expert website, warned that "we are facing a potential national financial cataclysm", with millions unable to heat their homes this winter.

Meanwhile the UK's former Labour Prime Minister Gordon Brown, who was in power during the 2008 global financial crisis, called for Boris Johnson, Truss and Sunak to get together and draw up an emergency budget in preparation for a “financial time bomb” in October.

“It’s not just that they’re asleep at the wheel — there’s nobody at the wheel at the moment,” he told broadcaster ITV.

Afterwards, the outgoing leader insisted that "significant fiscal decisions" must be left to his successor. Later, he sought to ease concern.

"What we're doing in addition is trying to make sure that by October, by January, there is further support and what the government will be doing, whoever is the prime minister, is making sure there is extra cash to help people," he said.

The winner of the Conservative leadership race — who will also become the next prime minister — is due to be announced on September 5.