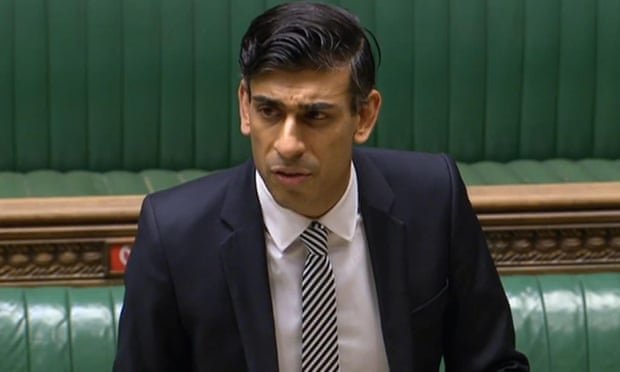 Rishi Sunak has warned Britain’s economic performance will worsen before the coronavirus vaccine helps to improve the outlook for jobs and growth.

The chancellor told the House of Commons that, while the vaccine provides hope, there was a need for tougher national restrictions to contain the spread of the virus and that this would have a “further significant economic impact”.

“While the vaccine provides hope, the economy is going to get worse before it gets better,” he said.

Speaking in the Commons for the first time since the government launched a third national lockdown, Sunak said the Treasury’s emergency support measures were helping to protect jobs and businesses and that the vaccine was the “most important economic lever” to reboot the economy.

But despite calls from business leaders, trade unions and Labour for a fresh package to match the challenges posed by the latest restrictions, the chancellor only restated the support now available under previously announced schemes.

Sunak said he was confident that “this comprehensive support” – which totals more than £280bn in higher spending and tax cuts since the pandemic began – would help Britain through until the spring.

Indicating that any major changes would be left until the budget on 3 March, the chancellor said there were signs of “underlying resilience” in the British economy, including a rise in household savings to record levels, evidence of firms improving their cash buffers, and the new trading partnership with the EU removing Brexit uncertainty.

It comes after Sunak announced £4.6bn in new grants for firms in the hardest-hit sectors of the economy last week. The furlough scheme – which has been used to subsidise the wages of more than 9m jobs at more than 1m companies since its launch, at a cost of more than £46bn so far, has also been extended until the end of April.

However, the chancellor dropped a heavy hint that he would soon scale back high levels of government spending to tackle record government borrowing, saying the public finances were “badly damaged and will need repair”.

In an update devoid of new announcements, he said: “The road ahead will be tough. Now is the time for responsible management of our economy, taking the difficult but right long-term decisions for our country.”

Anneliese Dodds, the shadow chancellor, criticised Sunak for not announcing fresh measures. “Today the chancellor appears out of ideas, urging us to look to the sunny uplands but providing nothing new. The purpose of an update is to provide us with new information, not to repeat what we already know.”