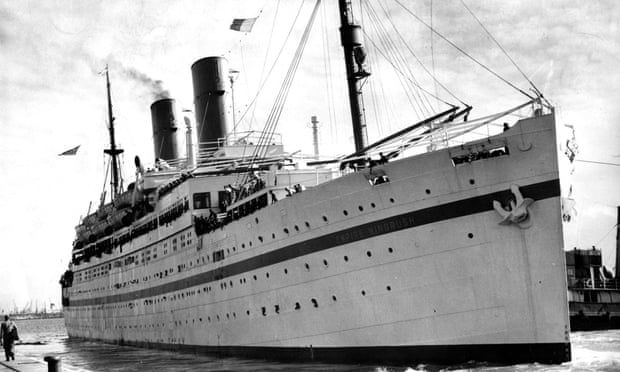 MPs highlight delays and difficulties in accessing compensation, in Commons debate marking Windrush Day
The Windrush compensation scheme should be removed from the Home Office’s administration and passed to another department, Labour has said during a parliamentary debate.

The Home Office minister Kit Malthouse rejected the proposal, arguing that it would cause disruption and further delays. He said the government was thinking about new ways to mark the contribution made by the Windrush generation.

He told parliament that the Department for Transport was investigating whether the anchor from the Empire Windrush, the ship that brought about 500 people from the Caribbean to the UK in 1948, could be raised from bottom of the Mediterranean near Libya to become a monument.

In a debate granted to mark Windrush Day, MPs highlighted delays and difficulties people had encountered with the scheme designed to compensate as many as 15,000 people affected by the Home Office’s misclassification of thousands of legal UK residents as illegal immigrants.

Labour’s Abena Oppong-Asare said several of her constituents had been waiting for more than a year for a decision on their claims. “One constituent told me that he has been told to send the same documentation three times, despite calling the helpline multiple times, and has been unable to receive an update on his claim. The Home Office must urgently improve how it deals with these cases,” she said.

Claudia Webbe, the former Labour MP now sitting as an independent, said: “Putting the same Home Office that was responsible for the Windrush scandal in charge of the compensation scheme is like leaving a fox in charge of a henhouse. The scheme must be removed from government and given to a properly funded independent regulator.”

The independent MP Margaret Ferrier highlighted another aspect of the Windrush scandal: the pension inequality faced by many of the Windrush generation who retired to their countries of birth after decades spent working in the UK, and whose pensions were frozen.

She said one woman, 90-year-old Nancy Hunt, had missed out on £70,000 worth of pension payments after returning to Antigua having spent decades working and paying taxes in the UK, because of a disparity in pensions paid to former UK residents who have moved back to some Commonwealth countries.

Ferrier cited the case of another constituent, Monica, who she said had worked for 37 years in the UK, for much of that time as a civil servant, and who retired to Antigua to care for her mother in 1996. Her pension was frozen at £74 a week, half the amount received by her sister who still lives in the UK.

“The speed of the scheme is totally unacceptable, and don’t just take my word for it. The home secretary wrote to me yesterday to say that she agreed with me that claims need to be resolved more quickly. Labour is calling for the Windrush scheme to be overhauled by placing it in the hands of an independent body away from Home Office.”

Malthouse said: “We are not complacent; we recognise the need to resolve claims more quickly. Some people have been waiting too long for that to happen, and that is not acceptable.”
Add Comment