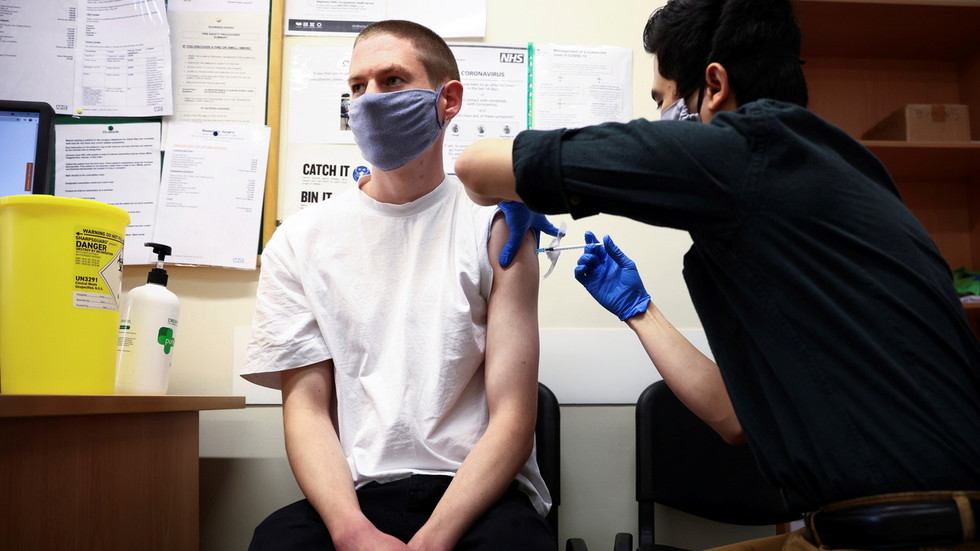 Prime Minister Boris Johnson hasn’t just angered large swathes of the British public with his proposed vaccine passports: he’s also angered his own MPs, many of whom have now pledged to vote against such a measure.
Mere hours after Britain’s nightclubs reopened on Monday, Johnson blindsided the public with an announcement that proof of vaccination will soon be needed to enter these establishments, with proof of a negative test no longer sufficient for entry. Protesters had already taken to the streets of London to demand a total end to coronavirus-related policies, and by Wednesday afternoon, more than 240,000 people had signed a petition demanding the government “take firm action to prevent 'vaccination passports' and discriminatory 'no jab, no job' policies.”

Opposition to the so-called ‘vaccine passports’ is not just brewing in the streets, but in Westminster too. Seventy-nine Labour, Liberal Democrat, Conservative and Green MPs have signed a declaration against vaccination certificates organized by Big Brother Watch, a civil liberties organisation. The declaration has also been signed by 14 peers and nine NGOs, and was drawn up as part of a wider campaign against vaccine passports supported by Christian groups and the hospitality industry.

A number of Conservative MPs have threatened to boycott the party’s conference in October if vaccine passports are required, the Guardian reported on Wednesday. One MP told the paper he had “no doubt” vaccine passports would be required at the conference, and “as a result, it shouldn’t come as a surprise if a number of Conservative MPs and activists refuse to attend.”

Despite Big Brother Watch’s declaration attracting the support of 37 Labour MPs, as well as former party leader Jeremy Corbyn, how the party eventually votes on vaccine passports will depend largely on the decision of party leader Keir Starmer. While Starmer once vocally opposed vaccine passports, and called them “un-British,” he has not yet signalled whether he will support or oppose Johnson’s latest proposal.

Although 42 Tory MPs have signed the declaration, Labour’s support could still see vaccine passports introduced. “There is nothing I can do or Conservatives can do if Labour continue to decline to oppose the government’s illiberal policies,” Conservative MP Steve Baker told the Guardian. “This is really now all about Sir Keir, who described this policy as un-British.”

However, should Labour oppose the measure, and should a few more Conservatives join their dissenting colleagues, Johnson may not have enough support when the House of Commons returns from recess to vote on the proposal in September.

“I don’t think the government would have the support of enough Conservatives in a parliamentary vote if the opposition decided to oppose the measures as well,” Tory MP Steve Bone told the Financial Times on Wednesday.

Baker expects opposition within his party to grow too. “Some MPs were told specifically that mandatory vaccination and Covid certification were not going to happen and on that basis they supported the government in past votes,” he said. “Of course some backbenchers are now furious that the government has now done the former and said they will do the latter.”

Johnson has refused to rule out extending the vaccine requirement to pubs and public transport as well as nightclubs, with a Downing Street spokesman saying that the government is “going to use the coming weeks to look at the evidence, particularly both in the UK and globally before making a specific decision.”

However, some MPs reckon Johnson is using the threat of vaccine passports to push young people into getting the jab, and will drop the proposal by September if successful. “I am considering voting against the whip for the first time in my life,” one Tory backbencher told the Guardian, “but I’m also not going to worry about it too much over the summer as it does sound like No 10 using it as a stick to try and persuade young people to get jabbed.”

Another MP told the Financial Times that Johnson was modelling his approach on that of French President Emmanuel Macron, who caused outcry earlier this month when he announced that a “health pass” would be needed to enter pubs, restaurants, public transport and more. While the move triggered protests in French cities, it also led to a massive uptick in vaccination appointments.
#Boris Johnson  #Coronavirus  #Johnson  #vaccine  #Covid
Add Comment