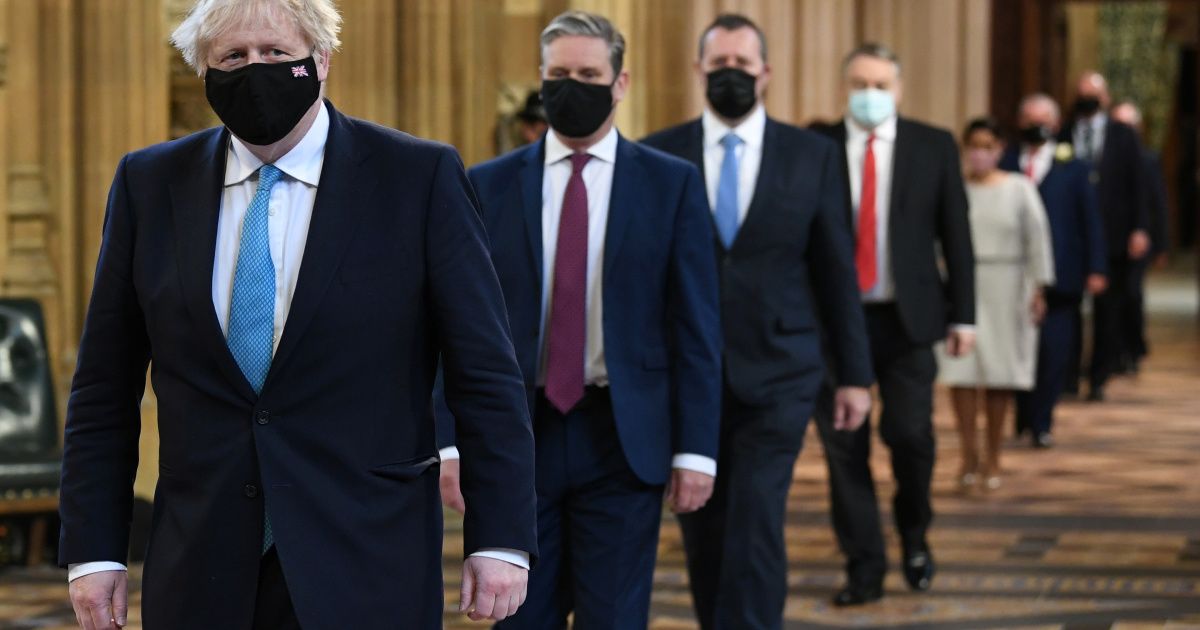 He promised to end the "criminal waste of talent" in parts of the UK by spreading opportunity more evenly.

It came as the government unveiled 30 planned new laws for the year ahead in the Queen's Speech.

"Today we needed a Queen's Speech that rose to scale of the moment," said Sir Keir, but instead, he claimed, it was "packed with short-term gimmicks and distant promises".

Sir Keir seized on the absence of new legislation to fix the funding of adult social care - something he said the prime minister had promised on the steps of Downing Street two years ago.

He said the government's failure to act on the issue after the pandemic was "nothing short of an insult" and it was "a similar story on skills and education".

The government has promised to bring forward social care proposals later this year. 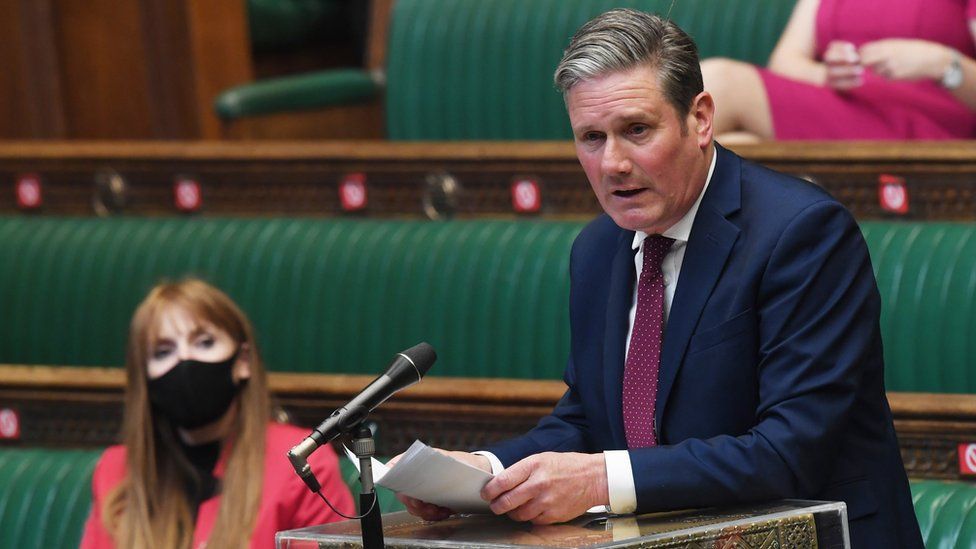 Many of the measures in the Queen's Speech are aimed at the Conservatives' new electoral strongholds in the Midlands and north of England.

The prime minister told MPs: "We intend to unite and level up across the whole of our United Kingdom because we one nation Conservatives understand this crucial point - that you will find flair and imagination and enthusiasm and genius distributed evenly across this country while opportunity is not.

"And we need to change that because it is not just a moral and social disgrace, it is an economic mistake. It is a criminal waste of talent.

"And though we cannot for one moment minimise the damage that Covid has done - the loss of learning, the NHS backlogs, the courts delays, the massive fiscal consequences - we must use this opportunity to achieve a national recovery so that jabs, jabs jabs becomes jobs, jobs, jobs."

Among the planned new laws are:

*  A Skills and Post-16 Education Bill for England, with loans for adults wanting to retrain and more powers to deal with failing colleges

*  A bill to ease planning controls and increase housebuilding in England

*  Plans to improve bus and train service connectivity in England

*  New laws to scrap the Fixed-term Parliaments Act, meaning it will be easier for Mr Johnson to call an early general election before 2024

Missing from the government's programme was a specific bill on dealing with the legacy of the Troubles in Northern Ireland, although the speech said legislation will be introduced.

And trade unions accused the government of "rowing back" on a promise to protect workers' rights.

Downing Street said an Employment Bill would be introduced "when the time is right", citing the pandemic as the reason for the delay.

Mr Johnson committed to setting up a "full, proper" public inquiry into the government's handling of the pandemic, which could begin in the coming year, in response to a question from Lib Dem leader Sir Ed Davey.

Sir Ed also raised concerns about plans to introduce voter ID for future general elections, which he said would hit the disadvantaged and ethnic minorities, and were "straight from the Donald Trump playbook".

And he echoed criticism of planning reforms by former Prime Minister Theresa May, who said they would hand too much power to developers and "see the wrong homes being built in the wrong places".

The SNP's Westminster leader, Ian Blackford, told the prime minister there was a fresh mandate for a Scottish independence referendum after Thursday's elections.

He also attacked "further power grabs" by the Westminster government in the Queen's Speech.

One of the pleasures of the Queen's Speech for journalists is hearing Her Majesty reading out the political slogans of the government of the day.

So 15 seconds in there was mention of the prime minister's favourite: plans to "level up" the country.

The meaning of the phrase is gradually being refined but the agenda is still vast and encompasses jobs, schools, health, policing, industry, productivity, civic pride, the strength of local leadership and the quality of life.

But the real detail in this area will come later this year when the government publishes a White Paper where it will spell out much more detail about what levelling up means and the "bold" action that ministers will take to achieve it.

So for now the government is trumpeting what it's already doing: a £4.8bn fund for infrastructure projects, £830m for redeveloping High Streets, along with eight freeports and 40 new hospitals in England.

And where there are such big promises, Labour stands ready to highlight pledges that go unmet.

This year's speech also included changes to the policing of protests, including setting time and noise limits. A previous discussion of this by MPs earlier this year led to angry demonstrations.

Critics say the measures impose disproportionate controls on free expression and the right to protest - but ministers say the proposals will respect human rights and will only affect very disruptive gatherings.

The Queen's Speech is part of the State Opening of Parliament, normally the grandest of Westminster occasions.

But it was pared back this year because of Covid, with fewer MPs and peers than normal gathering in the House of Lords to hear it - and the Queen arriving by car rather than the usual carriage.

It was the Queen's first major public engagement since the death of the Duke of Edinburgh.