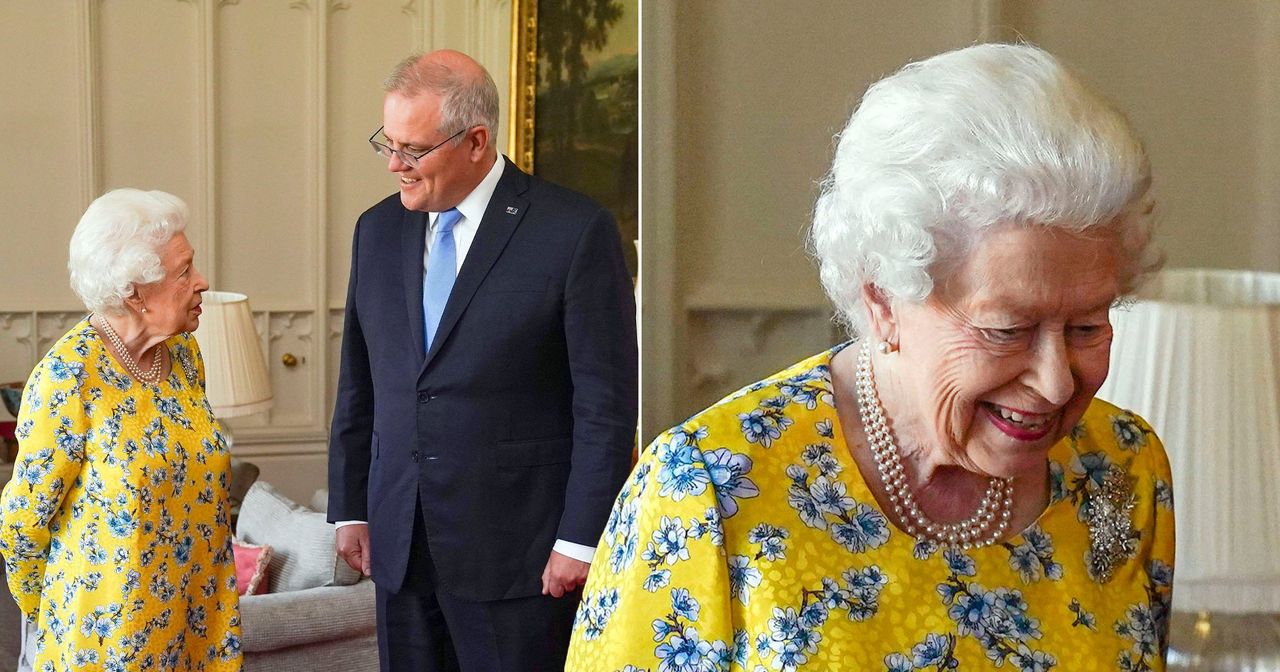 The monarch smiled as Scott Morrison told her she had been ‘a hit’ among world leaders at the G7 summit during their meeting on Tuesday.

It comes after Boris Johnson said his new trade deal marked a ‘new dawn in the UK’s relationship with Australia, underpinned by our shared history and common values’.

The tariff-free agreement will see Brits under 35 be allowed to live and work in Australia for three years without having to do farm work.

British products such as cars, Scotch whisky and biscuits will also become cheaper to sell to Aussies.

Her Majesty, who is also monarch of Australia, was heard telling Mr Morrison it was ‘very nice to see you in person this time’.

She has previously called the politician on the phone to ask how Australia is coping with the coronavirus crisis.

After summoning Mr Morrison over for a photocall, the Queen asked if she had ‘missed him’ when she popped into the G7 summit in Cornwall last weekend.

Mr Morrison replied: ’That was just the G7, we were just an extension part, as they call them.

‘But you were quite the hit! Everyone was talking about you at dinner the next night.’

She replied: ‘Oh Lord, were they really?’

He told her: ’They were, they were thrilled to see you.’

The Queen hit the headlines when she quipped ‘are you supposed be looking as if you’re enjoying it’ as G7 posed for a photograph at an evening banquet on Friday.

The Australian PM was invited as a guest to Carbis Bay, but went to enjoy a relaxed evening at local pub The Old Quay House Inn as the G7 had dinner.

Australians have been left unimpressed by Mr Morrison’s trip to England as a foreign travel ban remains in place across the country amid the pandemic.

Some left angry comments on a social media post from the Jamaica Inn which said owners were ‘extremely honoured’ to welcome the PM for a pint and a sandwich last week.

‘Scomo is trying to tell Australians that UK is Covid riddled and if it wasn’t for him keeping borders completely shut we would all risk a sure death.’

Clare Thompson added: ‘Ahhh I’d love to be drinking in the pub with my UK family who I’ve not seen in three years – oh wait, I’m in Australia and we’re trapped here and told of Covid ravaged UK / poor quarantine systems.’

After meeting Mr Morrison, the Queen watched the racing at Royal Ascot on TV as the five-day meet began on Tuesday.

Racing manager John Warren said she is hoping to attend the Berkshire racecourse later in the week.

The Democrat told reporters Her Majesty reminded him of his mother ’in terms of the look of her and just the generosity’.