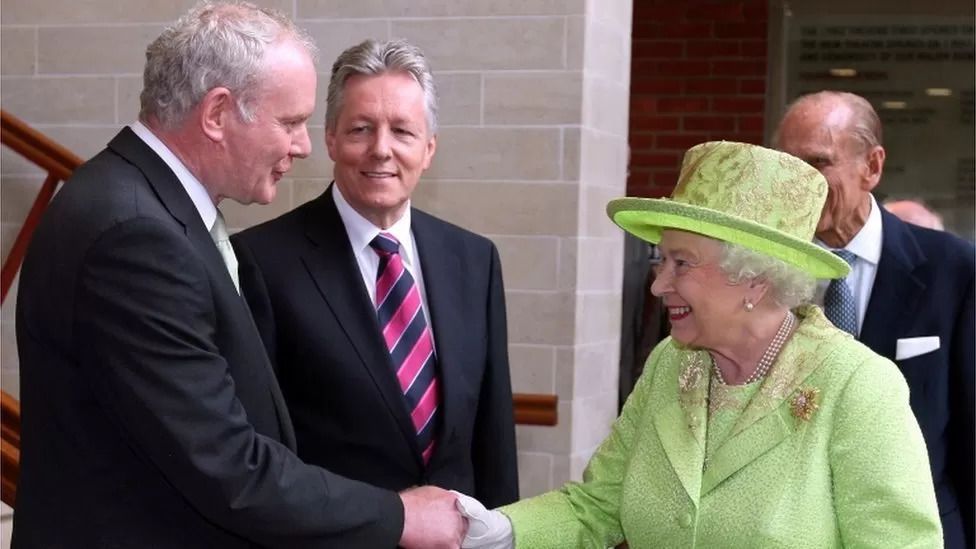 Within hours of the Queen's death, the warning went out from Sinn Féin headquarters.

It said it was important to be "respectful" and "avoid using any form of personal abuse" when engaging in social media.

There was no mention of the Queen's passing, but the message was delivered loud and clear.

That message was backed up by a post from the Andersonstown News, which reminded republicans the Queen bowed her head to dead IRA men and women.

But despite their best efforts, those beyond the reach or influence of such messages let loose.

Be it offensive chanting from fans at a Dublin soccer match or a cavalcade through a republican housing estate, the opportunity to gloat at the Queen's passing was too tempting to pass up.

The posts were shared and liked but they were also criticised by those who view the new relationship between the Royals and republicans in a different light.

A transformation was triggered by the Queen on her visit to the Republic in 2011, a visit boycotted by Sinn Féin. 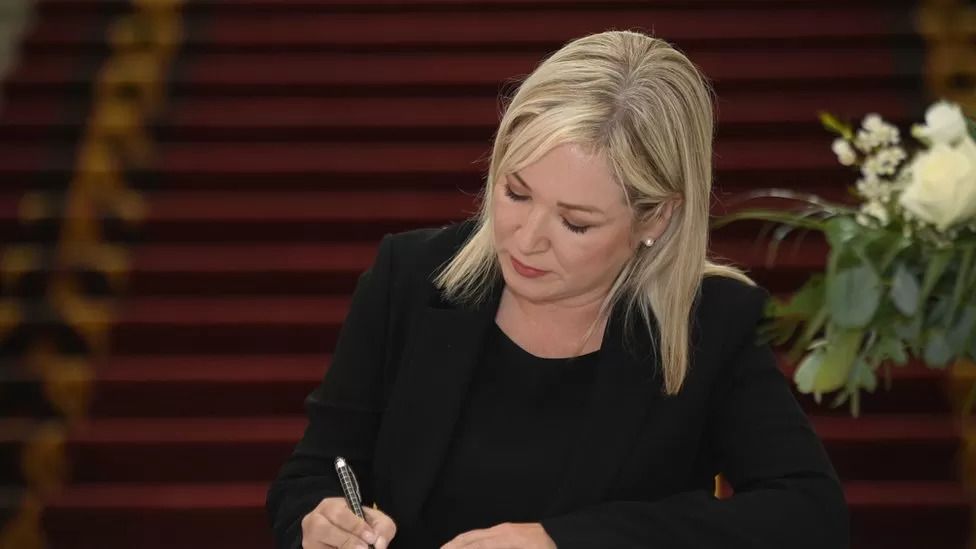 But since then, republicans have built on that moment with Martin McGuinness's multiple meetings and handshakes with the Queen.

His successor, Michelle O'Neill, typified the new relationship when, dressed in black, she reflected on the Queen's contribution to peace and reconciliation.

Expect more of the same from the leader who wants to be "first minister for all" in the assembly chamber later.

Ms O'Neill will, along with the other party leaders, offer her condolences in person to King Charles III at Hillsborough on Tuesday.

A Sinn Féin delegation will then join the King and Camilla, the Queen Consort, at a special service marking the Queen's passing at St Anne's Cathedral.

But Sinn Féin will not be taking part in any events marking King Charles' accession to the throne.

That is where republicans draw the line.

Those events are, says Sinn Féin, only for those who have an allegiance to the crown.

The fact the party has to remind the public where the boundaries are, reflects how far its relationship with the Royals has travelled. 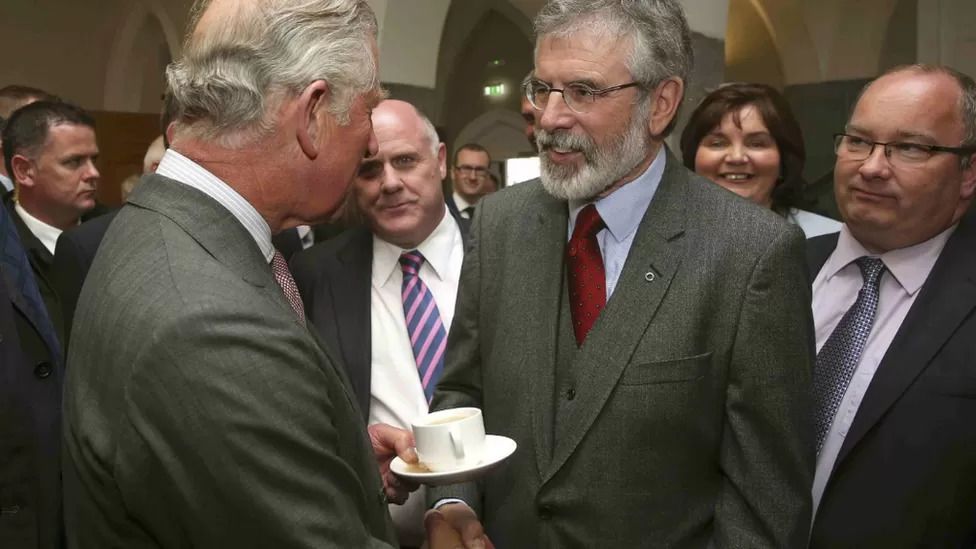 King Charles, who was then Prince Charles, shakes hands with then Sinn Féin president Gerry Adams in Galway in 2015

There is, according to party President Mary Lou McDonald, an open line of communication.

King Charles wrote what Mary Lou McDonald described as a "lovely letter" when she was recovering from Covid.

She wrote to the then Prince Charles and Queen to expresses her condolences at the passing of Prince Phillip.

The expected attendance of the Sinn Féin president, or vice president at the Queen's funeral next week in London, will further cement that relationship.

But beyond the handshakes, what political purpose does it serve?

Does it show Sinn Féin as the party ready for government in the Republic?

No more royal boycotts but instead a maturing relationship with the monarchy.

It may also prove to be a mood changer in the Stormont stalemate.

But don't expect Sinn Féin's new-found respect for royalty to be a political game changer.

Once the week of royal protocol is over, another protocol will be back at the heart of politics and parties will return to their trenches.