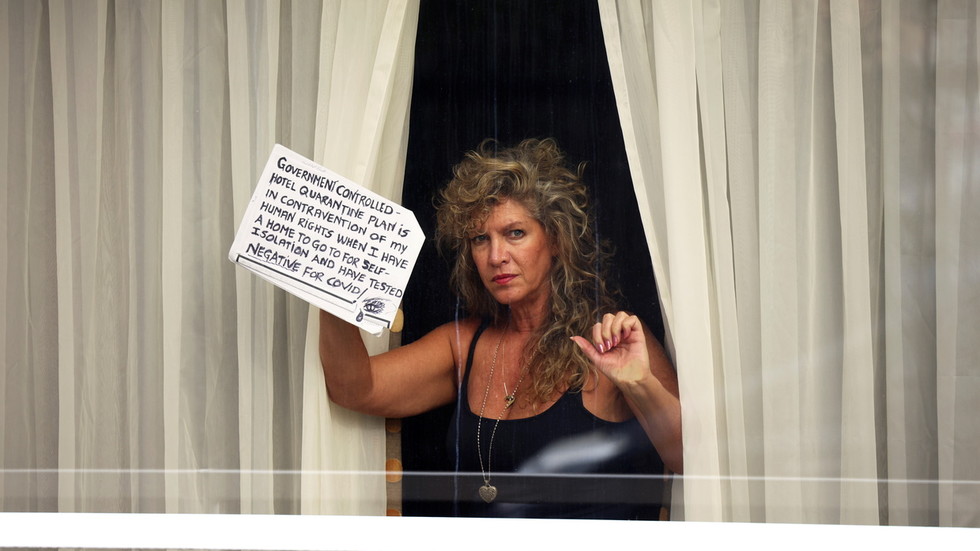 As many as 15 guests have been placed under additional lockdown while undergoing their mandatory stay at a quarantine hotel in the UK, after they were caught smoking and drinking together this week.
The British government has yet to reveal how many coronavirus cases have been found through its controversial quarantine hotel scheme but this latest tale of woe from weary, homeward-bound travellers is unlikely to improve public perception.

Residents, some of whom didn’t bother wearing masks, were spotted drinking, sharing cigarettes and hugging in the designated smoking area of what they have dubbed ‘HMP Radisson,’ or ‘Her Majesty’s Prison Radisson.’

Under the new regime, guests will only be permitted to leave their rooms for 15-minute periods and only under escort. A ban on cigarette breaks to prevent further breaches of ‘hotel’ rules has been enforced.

Hotel bosses reportedly sent communiqués, in the form of a note slipped under the door, unceremoniously informing ‘guests’ that their smoke break privileges had been revoked, that ‘needing a cigarette’ is insufficient reason to leave their rooms and that they would no longer be allowed outside to exercise for the remainder of their stay.

“You should order nicotine substitute products to your hotel," the letter reportedly suggested.
#Coronavirus
Add Comment