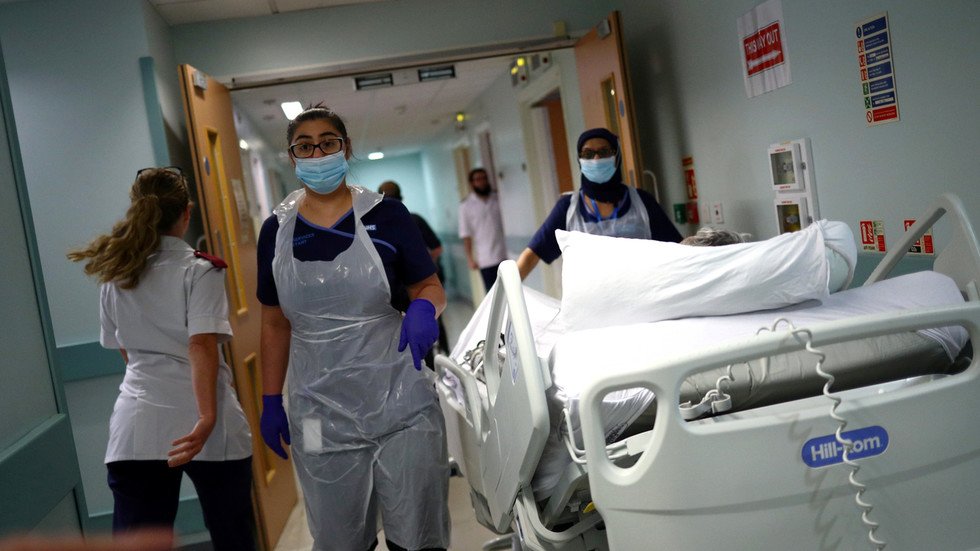 UK Health Secretary Matt Hancock has unveiled a new organization tasked with protecting the public from infectious diseases and other health threats. The government agency will absorb Public Health England.
The National Institute for Health Protection (NIHP) will spearhead the country’s response to the coronavirus pandemic, Hancock said on Tuesday. The organization will merge Public Health England, NHS Test and Trace, and the Joint Biosecurity Centre, putting the three agencies under a single leadership team.

The new institute “will have a single and relentless mission to protect people from external threats to this country's health such as biological weapons, pandemics and of course infectious diseases of all kinds,” the health secretary said.

He noted that, while the three agencies were already working together closely, he wanted their integration to be “seamless.”

In a press release, the UK government said that the new organization will begin work immediately but won’t be “formalized” until spring 2021. Baroness Dido Harding, appointed earlier this year to lead the government’s contact tracing program, will serve as the interim executive chair of the institute. She will report directly to the health and social care secretary, according to the government statement.

Created in 2013, Public Health England (PHE) worked to prepare the public for health emergencies, among other responsibilities. The agency has been center stage during the Covid-19 pandemic, drawing both praise and criticism for its handling of the crisis. The agency was recently accused of miscounting coronavirus-related deaths, resulting in England’s death toll from the disease being slashed by around 10 percent.

Labour has criticized the Tory government for not being more transparent about its plans to disband PHE, noting that news outlets learned of the agency’s demise before PHE staff learned of the creation of a larger umbrella organization.

“What an insulting way to treat hardworking staff who heard about this from a paywalled Sunday newspaper, leaving them with questions and worries about their jobs,” Shadow Health Secretary Jonathan Ashworth said.
#COVID-19  #Covid  #Coronavirus
Add Comment