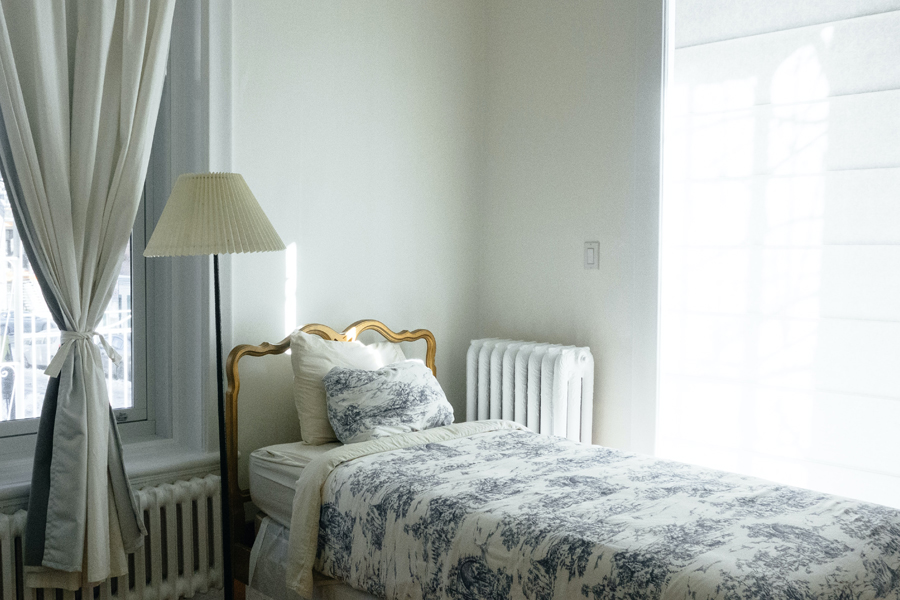 Life expectancy in Sweden will most likely fall this year, according to a new forecast from Statistics Sweden. There are large differences between the regions. Life expectancy is estimated to decline most in Stockholm County.

In 2020, the number of deaths from COVID-19 has led mortality rates to deviate more than usual on a year-to-year basis. Therefore, Statistics Sweden has produced a report for the purpose of estimating average life expectancy in Sweden in 2020. The forecast is based on the number of deaths in the period from January to August.

“In addition to the observed mortality rates, our main forecast applied the same mortality rates for October to December as in 2019. However, depending on what assumptions are made for the remaining months of the year, life expectancy may be higher or lower than that,” says Örjan Hemström, demographer at Statistics Sweden.

Developments in the mortality rates between January and August indicate a declining life expectancy for both women and men this year; from 84.7 years to 84.4 years for women and from 81.3 years to 80.8 years for men.

“For men, this means, roughly speaking, that the large increase in life expectancy in 2019 will be erased and will return to the 2018 level. For women, the decline is somewhat smaller. This may be the overall largest decline on an annual basis since 1944,” Örjan Hemström points out.

Life expectancy has increased steadily in Sweden in the period 1900-2019, so a decrease stands out.

“There have been some years and shorter periods of stagnation or reduced life expectancy. However, it is still unusual for life expectancy to drop from one year to the next.”

The report also includes alternative estimations of life expectancy at national level for 2020. These are based on estimates of possible effects of a second wave of COVID-19 infections and on an assumption of lower mortality rates in the autumn than in 2019.

“However, the current increased spread of COVID-19 may well mean more extra deaths in the final two months of the year, which may lead to an even lower average life expectancy in 2020”, says Örjan Hemström.

“Such a long period of elevated mortality will mostly likely lead to decreased life expectancy. Most extra deaths compared with a year ago occurred in the higher ages, although it appears that mortality rates may be higher in 2020 than in 2019 in all age groups,” Örjan Hemström reflects.

“Increases this large are rare. The differences between 2018 and 2019 were largely due to lower mortality rates in the ages over 64 years.” 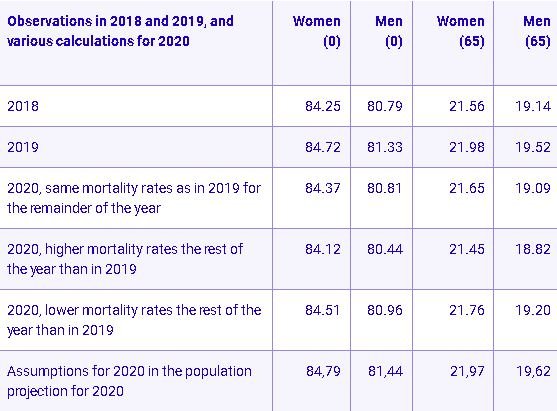