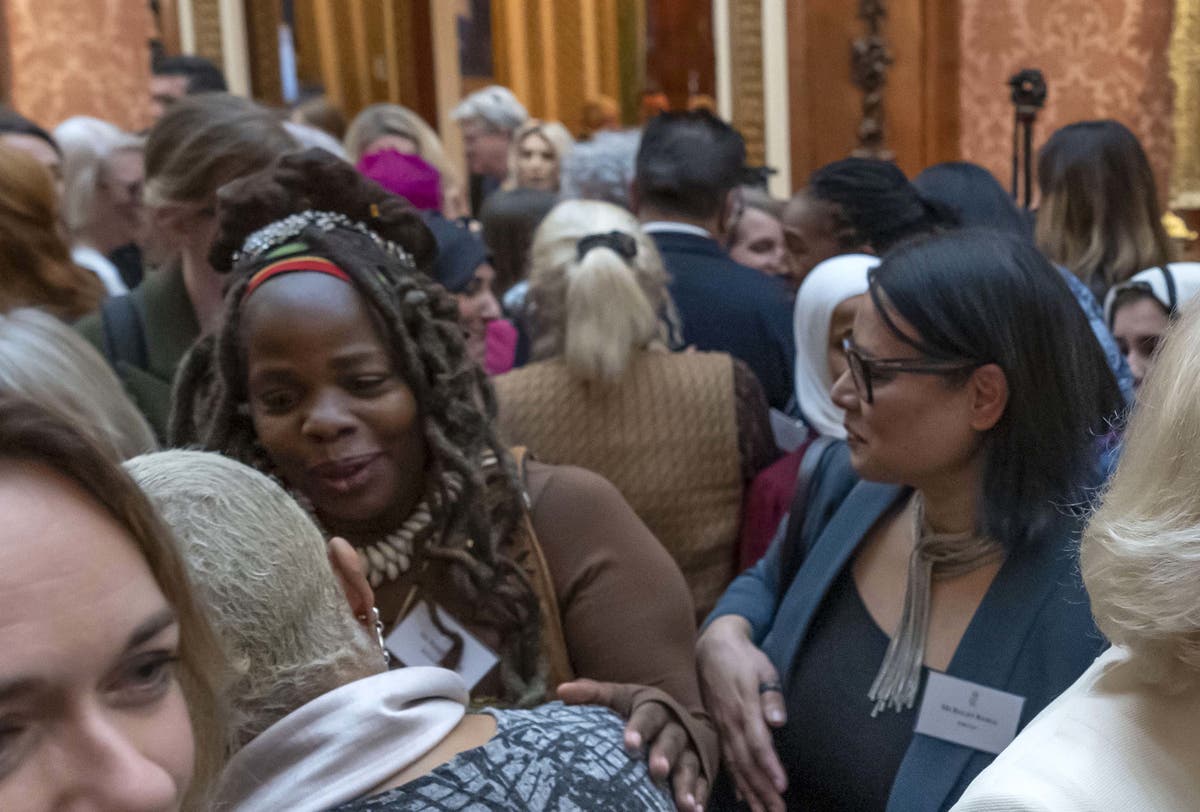 Prince William has condemned “unacceptable” comments made by the late Queen’s lady-in-waiting to a prominent black advocate for survivors of domestic abuse at a Buckingham Palace reception.

Lady Susan Hussey made the remarks to Ngozi Fulani, chief executive of Sistah Space, asking her where she “really came from”.

She has since resigned and apologised over the “unacceptable and deeply regrettable comments”.

Buckingham Palace said it took the incident, at the Queen Consort Camilla’s reception on violence against women on Tuesday, “extremely seriously”.

Lady Hussey served as Queen Elizabeth II’s lady in waiting for more than 60 years and is a godmother to the Prince of Wales. She has since resigned from an honorary role as one of three Ladies of the Household to help the King at formal occasions.

Ms Fulani, chief executive of Sistah Space, detailed the conversation on Twitter, describing it as a “violation” and said the experience will “never leave me”.

A spokesman for the Prince of Wales said of the incident: “I was really disappointed to hear about the experiences of a guest at Buckingham Palace.

“Racism has no place in our society, these comments were unacceptable and it is right that the individual concerned has stepped down.”

Charles and Camilla have been made aware of the situation, the Palace said.

Ms Fulani said she was repeatedly challenged when she said her charity was based in Hackney, with “Lady SH” saying: “No, what part of Africa are YOU from?”

The Palace said in a statement: “In this instance, unacceptable and deeply regrettable comments have been made. We have reached out to Ngozi Fulani on this matter, and are inviting her to discuss all elements of her experience in person if she wishes.

“In the meantime, the individual concerned would like to express her profound apologies for the hurt caused and has stepped aside from her honorary role with immediate effect.

“All members of the Household are being reminded of the diversity and inclusivity policies which they are required to uphold at all times.”

Speaking to the Independent, Ms Fulani said the charity did not welcome Lady Hussey’s resignation as the incident went beyond one individual. She called for the palace to implement anti-racism training in the wake of the incident.

“It is that very training that got us the invitation in the first place. It is ironic, therefore, that the thing that we’re fighting to end was targeted at me,” she said.

Mandu Reid, leader of the Women’s Equality Party, who was next to Ms Fulani and witnessed the exchange, told the PA news agency they were treated like “trespassers”.

She described the conversation as “grim” and like an “interrogation”, adding: “She was really persistent. She didn’t take Ngozi’s answers at face value.”

Ms Fulani detailed the encounter, which happened 10 minutes after she arrived in the Palace’s Picture Gallery, on social media, which included the remarks: “’Where are you from?’

“’Oh, I can see I am going to have a challenge getting you to say where you’re from.’”

Ms Fulani, who founded Sistah Space in 2015 to provide specialist support for African and Caribbean heritage women affected by abuse, thanked Ms Reid, the first person of colour to lead a national political party in British history, and Safe Lives chief executive Suzanne Jacob for their support on the day.

Responding to messages of support, Ms Fulani wrote: “Standing there in a room packed with people while this violation was taking place was so strange, especially as the event was about violence against women.”

Ms Fulani outlined her distress at not being able to report the incident, saying she felt she could not tell Camilla.

“There was nobody to report it to. I could’nt (sic) report it to the Queen Consort, plus it was such a shock to me and the other 2 women, that we were stunned to temporary silence,” she wrote.

“I just stood at the edge of the room, smiled & engaged briefly with who spoke to me until I could leave.”

Ms Jacob tweeted it was “a horrible thing to happen, and in a space that should have been nothing but love and celebration” and said she would be raising it with the team who organised for them to be there.

The matter raises serious concerns for the Palace, where an unnamed royal was accused last year by the Duchess of Sussex of racism against her unborn son Archie.

Meghan, the first mixed race person to marry a senior royal for centuries, said during her Oprah interview that a royal – not the Queen nor the Duke of Edinburgh – expressed concerns with Harry about how dark Archie’s skin tone might be before he was born.

The palace later issued a statement saying that the issues raised would be dealt with privately as a family, but that “some recollections may vary”.

Here is the full exchange, as detailed by by Ngozi Fulani, chief executive of Sistah Space, between Ms Fulani and Lady Susan Hussey, who has resigned as an honorary Lady of the Household, at Buckingham Palace:

Lady SH: “Where are you from?”

SH: “No where do you come from?

Ms Fulani: “We’re based in Hackney.”

Ms Fulani: “I don’t know, they didn’t leave any records.”

SH: “Well, you must know where you’re from, I spent time in France. Where are you from?”

SH: “No, but what Nationality are you?”

Ms Fulani: “I am born here and am British.”

SH: “Oh I can see I am going to have a challenge getting you to say where you’re from. When did you first come here?”

Ms Fulani: “Lady! I am a British national, my parents came here in the 50’s when…”

Ms Fulani: “No lady, I am of African heritage, Caribbean descent and British nationality.”