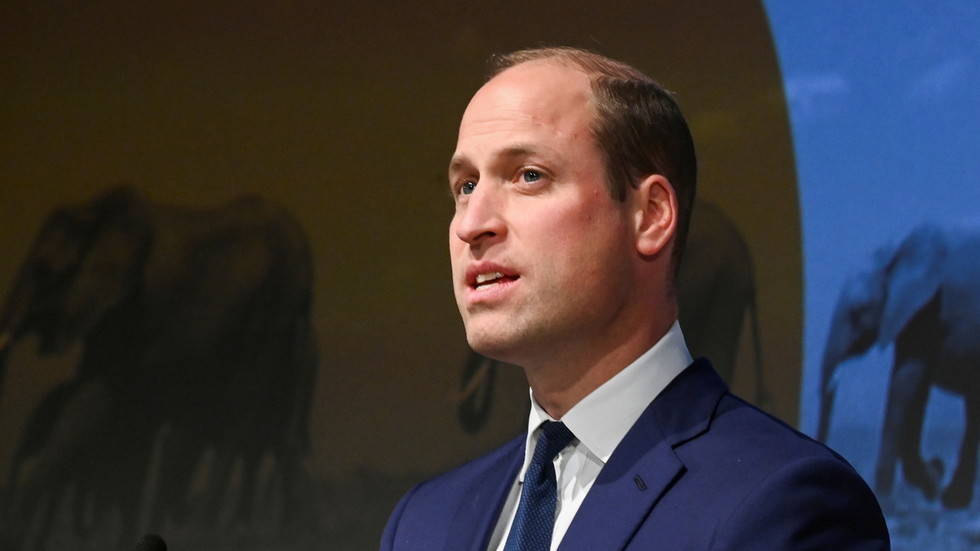 The Duke of Cambridge has doubled down on his controversial criticism of overpopulation in Africa during a conservationist charity speech. Humans erode wildlife on the Black continent, he insists.

Unfazed by criticisms he faced four years ago, the heir to the British throne reiterated his controversial assertion that rapid growth of human population in Africa poses a dire threat to wildlife on the continent.

“The increasing pressure on Africa's wildlife and wild spaces as a result of human population presents a huge challenge for conservationists, as it does the world over,” he said during a charity event as cited by the British media.

"It is imperative that the natural world is protected not only for its contribution to our economies, jobs and livelihoods, but for the health, wellbeing and future of humanity."

The remarks came during this week’s Tusk Conservation Awards gala. Prince William launched the annual prize in 2013 and has been the patron of Tusk Trust since 2005.

In 2017, when he made the same argument during a Tusk event, he was accused of hypocrisy. Catherine, Duchess of Cambridge, was expecting the couple's third child at the time.

Asked about the new remarks by the Times, the charity's director Robin Maynard said the duke was correct in identifying the growth of human population as “a key driver of wildlife loss globally.” He added that the missing context was that much of the pressure on natural habitats was coming from high consumption in rich countries like the UK.

“The UK has the unfortunate distinction of being one of the most nature-depleted countries in the world. The most effective action we can take to cut our consumption is to choose smaller families, a choice not available to hundreds of millions of women elsewhere,” he said, without elaborating whether it applied to the family of the Duke and Duchess of Cambridge.

The African population is estimated at around 1.3 billion people at the moment. The UN projects that by the end of this century it could reach anywhere between three billion and 5.8 billion.