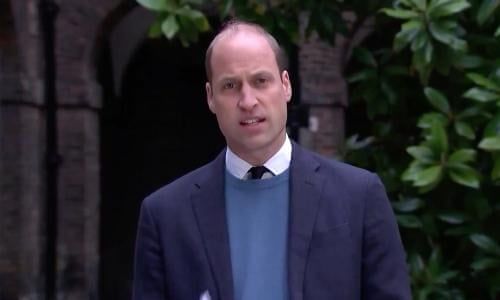 He delivered it to camera in a calm and measured tone. But the Duke of Cambridge’s actual words had devastating impact and betrayed a fury pent up for a quarter of a century.

He spoke of “deceit” of “lurid and false” claims, of cover-ups, woeful incompetence and his “indescribable sadness” over Lord Dyson’s findings on the BBC’s handling of the now infamous Panorama interview.

He stopped short of taking the view of his uncle, Lord Spencer, that a direct line could be drawn between the interview, an unprotected Diana, Princess of Wales, being cut adrift thereafter, and her death two years later.

Most telling was what he did mention: his belief that it had contributed to a worsening of his parents’ relationship and, strikingly, that it had “fuelled her paranoia”.

For William, ultra-private, guarded, famously taciturn in public on matters of emotion – unlike his younger brother, Harry – this was about as deeply personal as the public has ever seen.

“I was surprised at how personal it was. It is very unlike statements that we normally see from the future Prince of Wales and future king, one of the most revealing we have ever had from him,” said Joe Little, managing editor of Majesty Magazine.

William’s ire was directed at the BBC leaders whose actions stymied any meaningful investigation into claims raised at the time over methods employed by Panorama reporter Martin Bashir to land his “interview of the decade – if not our generation”. 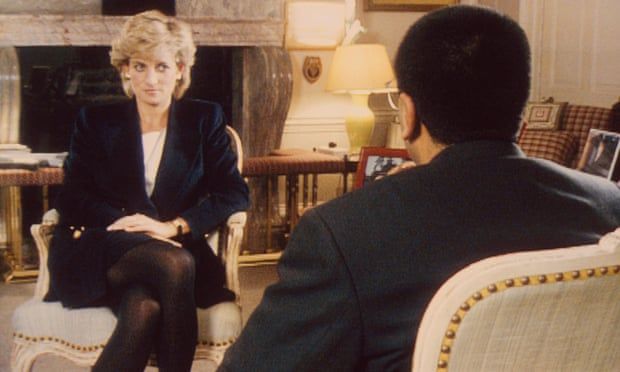 Diana, Princess of Wales, being interviewed by Martin Bashir for Panorama.

His belief, according to his statement, is that what Bashir told Diana influenced what she said, and “created a false narrative”, a “settled narrative” that has endured for 25 years.

Yet, say royal observers, he witnessed his parents’ acrimonious split. Clearly, from his statement, he also witnessed his mother’s feelings of isolation and paranoia. He was undoubtedly aware of Andrew Morton’s book, Diana, Her True Story, with which she cooperated. He surely must have suspicions the narrative was not wholly false.

“It is interesting that he mentioned paranoia. And also that he highlighted the fractious relationship of his parents , saying the Panorama interview made it much worse. So, it was quite a statement. And the fact that he was filmed making it was a way of underlining his displeasure , and that he wanted it to be known far and wide,” said Little.

But, a false narrative? “I think that is going too far, really. Perhaps over-egging it.”

The 1995 Panorama interview was traumatic for William at the time. It has been said he was against his mother doing it, that he had met Bashir and was suspicious of him, and that he had advised her to be very careful, but she had reassured him.

He watched it at school at Eton, and was devastated. “He came home from school. He was absolutely furious. He’d watched it in his housemaster’s study. When, later, his housemaster went to find him, his eyes were red with tears. It’s clearly a deeply traumatic incident,” said royal historian Robert Lacey.

Diana was “simply responding” to Charles’s interview with Jonathan Dimbleby. She had been in talks with others; it was just the BBC got to the head of the queue, he said.

He was “astonished” at William’s statement. “I think emotion has overcome him. He has clearly not allowed calmer, cooler royal advisers any hand in the drafting of this,” said Lacey. It was “very emotive and impolitic”.

“The queen would never issue a personal statement like this. A future constitutional head of state should have shown more detachment and balance and measure.”

Given the trauma both William and Harry endured then, and through the sequence of events leading ultimately to their mother’s death, the confirmation she had been manipulated in some way undoubtedly gives focus to the hurt they have carried.

“I think perhaps he has been wanting to find someone to blame, I suspect, for all these years. And here we have a scapegoat,” royal biographer Penny Junor said of William. “Something concrete to blame in the process of his mother’s death.

“He lost his mother at a very young age. He’s been angry, grief-stricken. All the emotions that Harry’s now talking about, I’m sure that William will have suffered them all. And, suddenly, something has been held up as contributing to the breakup, the finality of the breakup of the marriage.

“It wasn’t a false narrative. At the time Diana was cock-a-hoop at having given this interview,” she added.