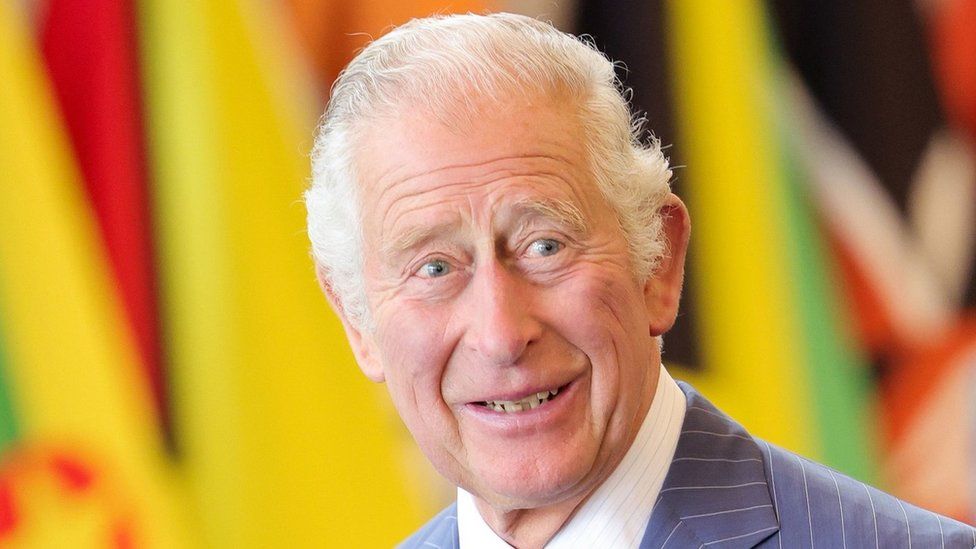 Speaking in Rwanda, he said the potential of the family of nations could only be realised by acknowledging the wrongs that had "shaped our past".

Charles added it was up to states to decide if they remained monarchies or became republics in the future.

He met Boris Johnson, amid reports he was critical of his Rwanda asylum plan.

But the prime minister refused to divulge what the pair discussed during their 15-minute meeting on the sidelines of the Commonwealth Heads of Government Meeting (Chogm) - saying only they had a "good old chinwag".

In private remarks, the future king had reportedly described the UK government plan - which will see some asylum seekers sent to Rwanda to claim asylum - as "appalling".

Mr Johnson also refused to say whether the UK had already given Rwanda £120m for its participation in the scheme, but said: "I'm confident that it will produce value for money." 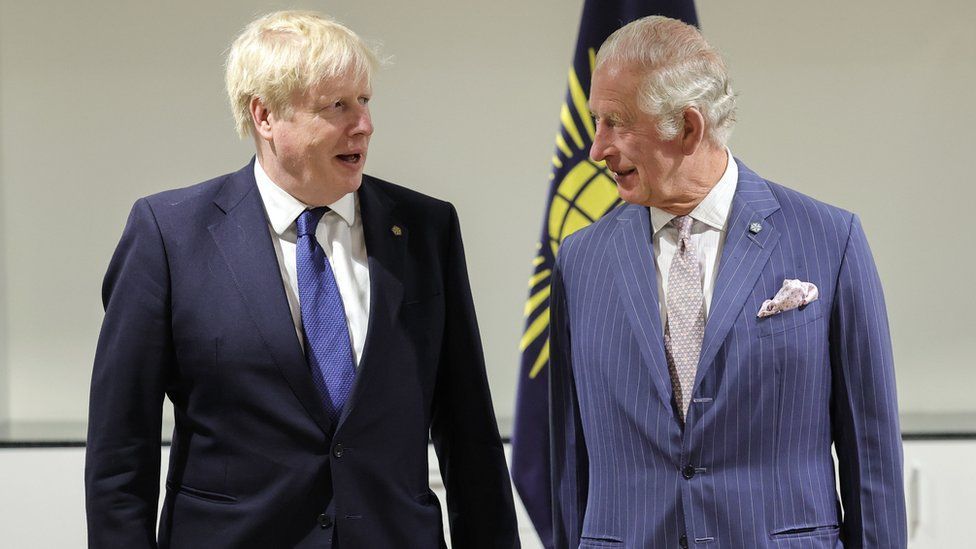 The two were representing the UK at the meeting of the 54 countries of the Commonwealth, of which the Queen is the head.

The summit of leaders was postponed in 2020 and 2021 because of the Covid pandemic and has not been held for four years.

In his speech, Prince Charles - who is representing the Queen at the meeting - described how he was on a personal journey of discovery and was continuing to "deepen my own understanding of slavery's enduring impact".

He said he was aware the roots of the Commonwealth organisation "run deep into the most painful period of our history" and said acknowledging the wrongs of the past was a "conversation whose time has come".

"I cannot describe the depths of my personal sorrow at the suffering of so many."

'A future king keen to make his mark'

This was a significant speech by Prince Charles for two particular reasons.

He acknowledged a past wrong and a future aspiration.

The fact that he spoke about the slave trade in an African setting and to an audience which included many leaders from Africa and the Caribbean added to the resonance of his remarks.

It was, as he said, a "conversation whose time had come".

There was no apology as such for Britain's participation in the slave trade but there was an expression of personal sorrow.

Then on the constitutional debate within some of those Commonwealth countries which still have the British monarch as head of state he acknowledged that this was a decision - to remain as monarchies or become republics - which was entirely for them.

Even if they decided to transition to a new constitution (as Barbados did last November) this could be achieved with the Commonwealth framework without rancour.

All in all the impression was of a future British king and head of the Commonwealth keen to make his mark on two sensitive issues.

Addressing the summit, Boris Johnson praised those behind the Oxford-AstraZeneca Covid vaccine developed in the UK, saying 1.4 billion doses had been delivered to Commonwealth countries.

He said the pandemic, as well as "catastrophic climate change", posed a threat to all humanity.

"No-one understands this better than our Commonwealth friends in the Caribbean, the Pacific and the Indian Ocean, who can see the incoming tides surging ever higher up their beaches, threatening to inundate their villages and towns."

He said the developed world had an obligation "to help our friends to cope with a danger they had no hand in causing".

Mr Johnson, who travelled to Rwanda with his wife Carrie Johnson, spoke about the importance of education for women, saying: "If I could imagine a silver bullet that would solve an array of problems and transform countless lives, it would be to give every girl in the world the chance to go to school." 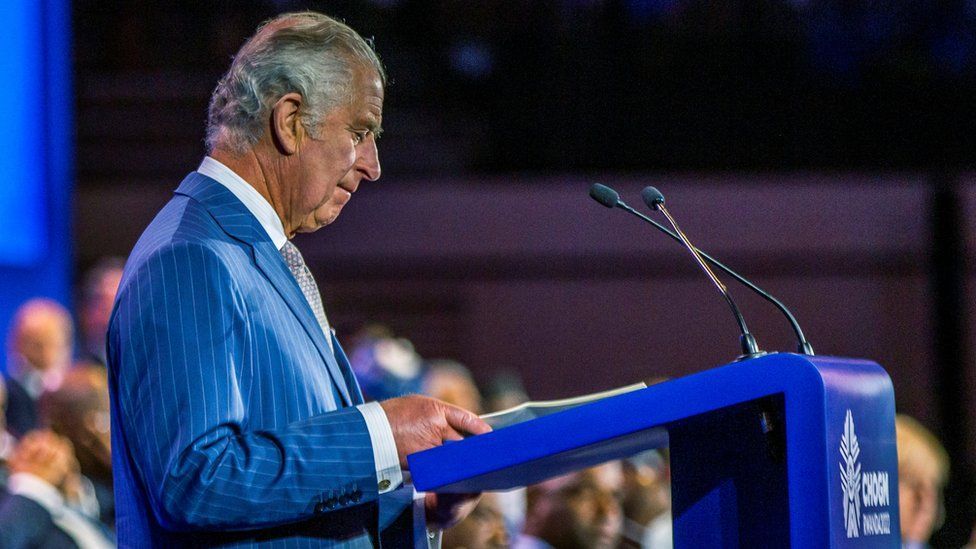 The prince was representing his mother, the Queen, at the event 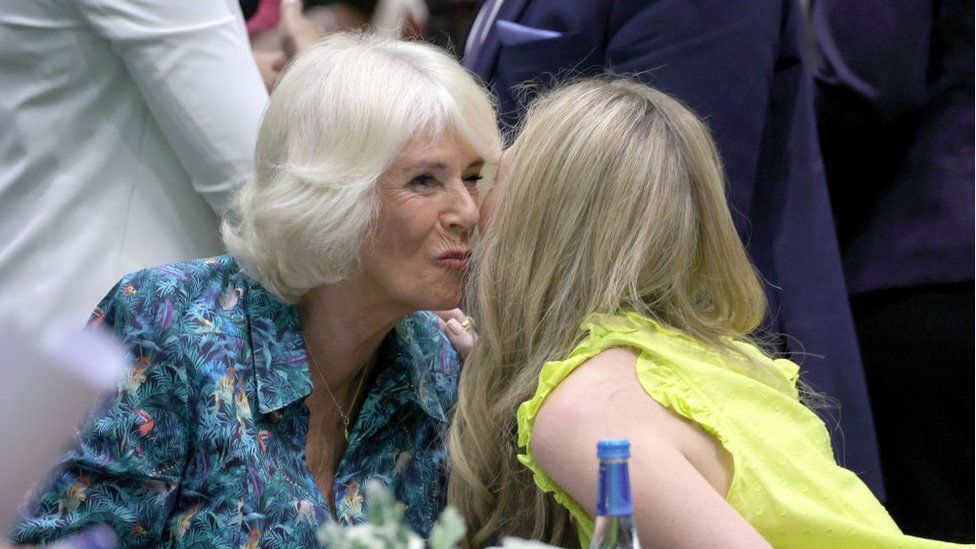 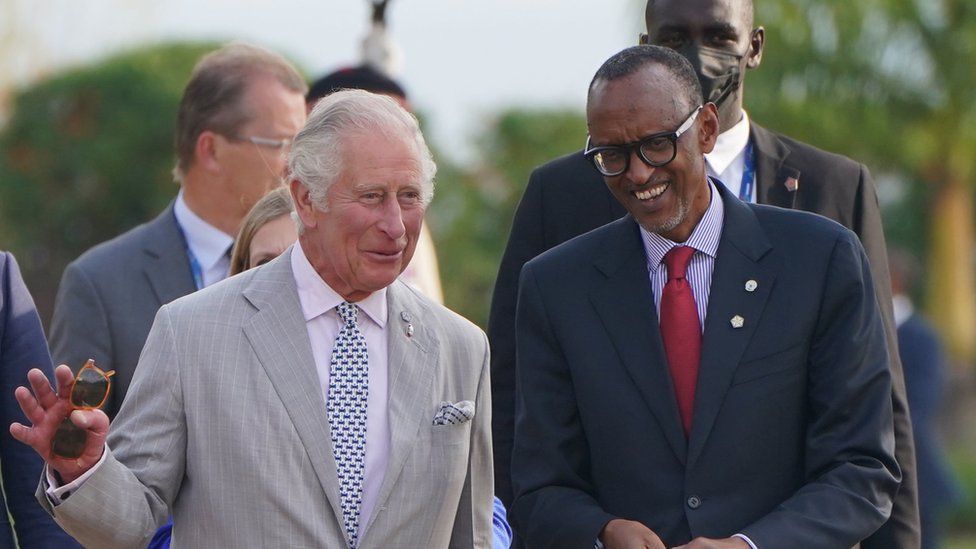 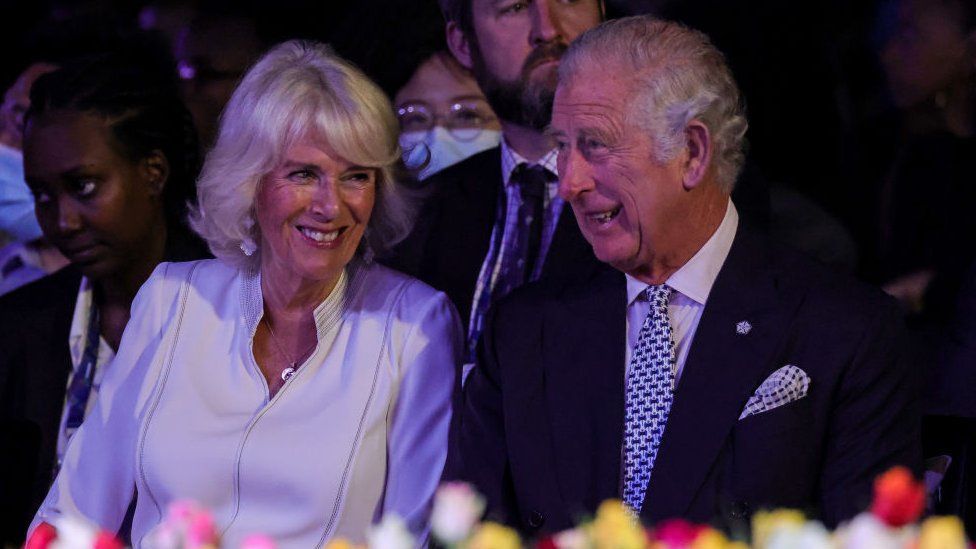