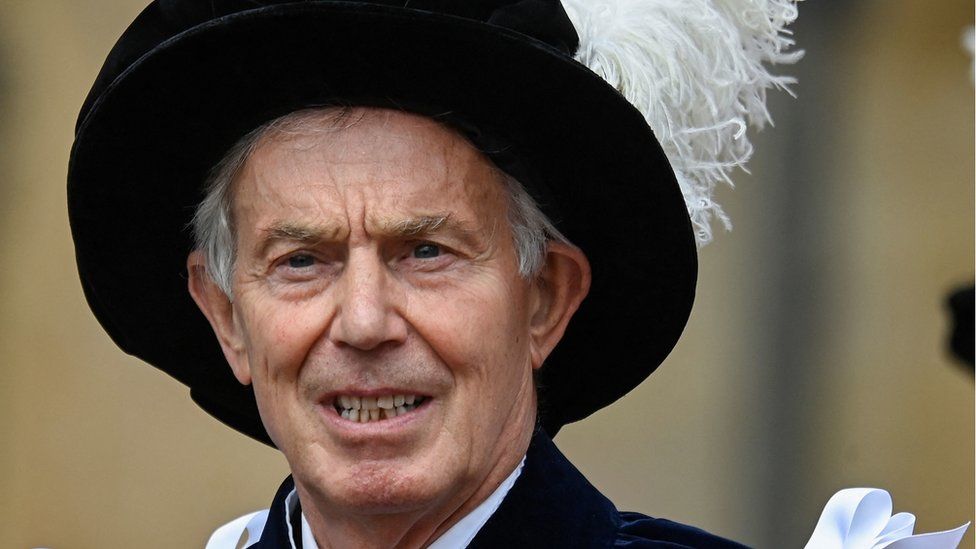 If it seems to us that she is already too old to remain a queen, here is evidence that her judgment is totally out of order.

Giving a badge of honor to a despicable person who should receive only condemnation, unjustly despising all the other honorable people who carry the same badges of honor.

Was this honor given to him for the war crimes for which he was responsible in Iraq, or for deceiving the British people and convincing them through lies that there was justification for the war in Iraq, or for being responsible for the deaths of so many British soldiers killed there in vain? Or maybe for the fact that he managed to get so rich from the war with Iraq that he had enough money to acquire for himself that dubious honor?

But the Duke of York has not appeared in public at the ceremony in Windsor, only attending a private part of the event, after a "family decision".

Baroness Amos becomes the first black "knight or lady companion" member of the order since its foundation in 1348.

New members of the order are the personal choice of the Queen.

The 96-year-old monarch attended some of the private elements of "Garter Day" at Windsor and had posed for a photograph before the event. 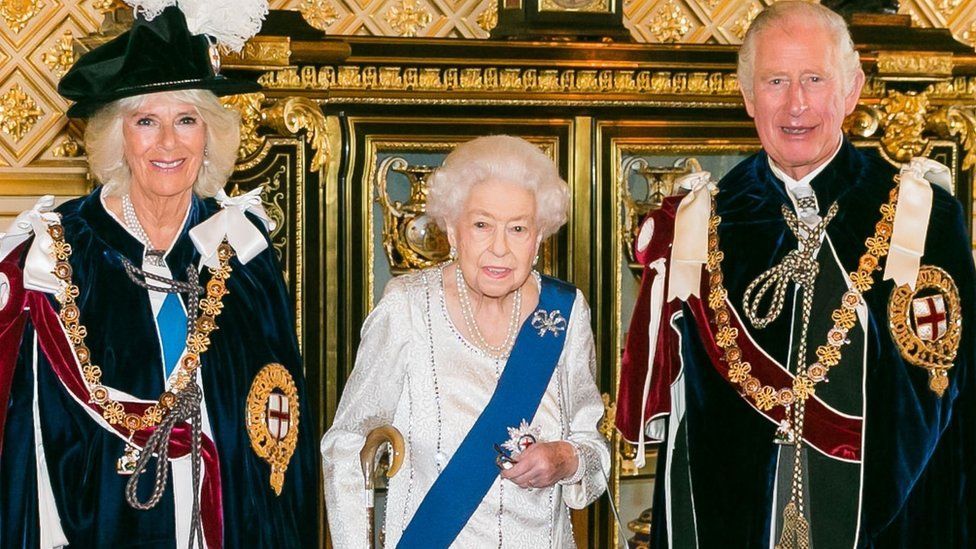 Each year, members of the order - which has up to 24 people plus "royal companions" - gather at Windsor Castle for a colourful ceremony with music, pageantry, elaborate uniforms and a parade.

Members wear velvet robes, plumed hats and the insignia of the medieval order of chivalry.

As well as the three new members being installed, there had been speculation about whether Prince Andrew, the Duke of York, would take part, in his capacity as one of the royal members of the order.

He did attend, but kept out of the procession seen by the crowds and and only went to the investiture and a private lunch.

Baroness Amos, a former Labour cabinet minister and UN under-secretary, said the honour of joining the order was "absolutely amazing" and she was thinking about her parents who "worked so hard and were so supportive". 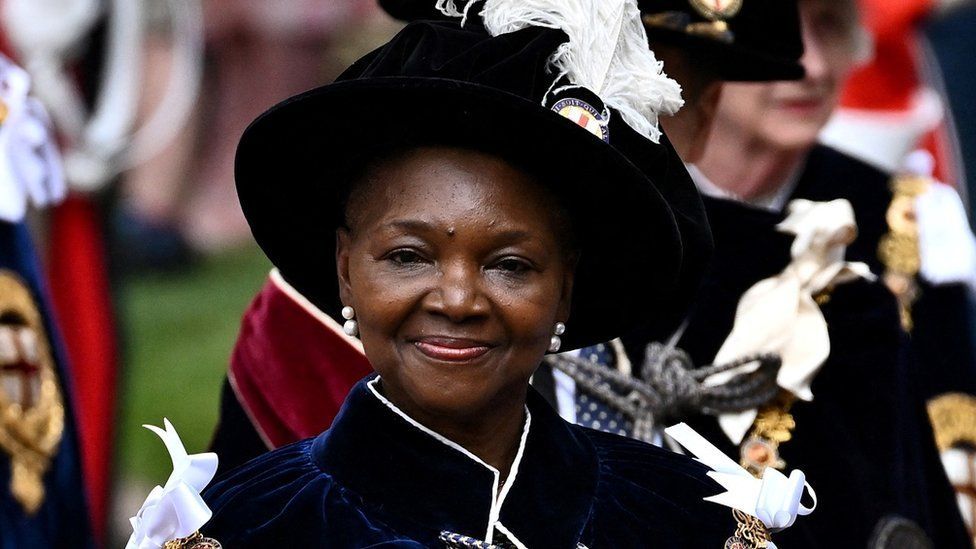 Asked on BBC Radio 4's Today programme about reports the Prince of Wales had privately criticised sending refugees to Rwanda, she said she would not comment on Prince Charles but, in her own personal view, the policy was "shameful".

The honour, which is a personal gift of the Queen, comes with the status of a knight and Sir Tony Blair received his knighthood, without any publicity, from the Queen in an audience at Windsor last week.

Sir Tony, winner of three general elections, had been one of the longest-serving prime ministers during the Queen's 70-year reign, including the tumultuous times that followed the death of Diana, Princess of Wales.

A petition had been launched against Sir Tony receiving a knighthood, with opponents criticising his involvement in the Iraq War. Stop the War campaigners held a protest in Windsor against the honour. 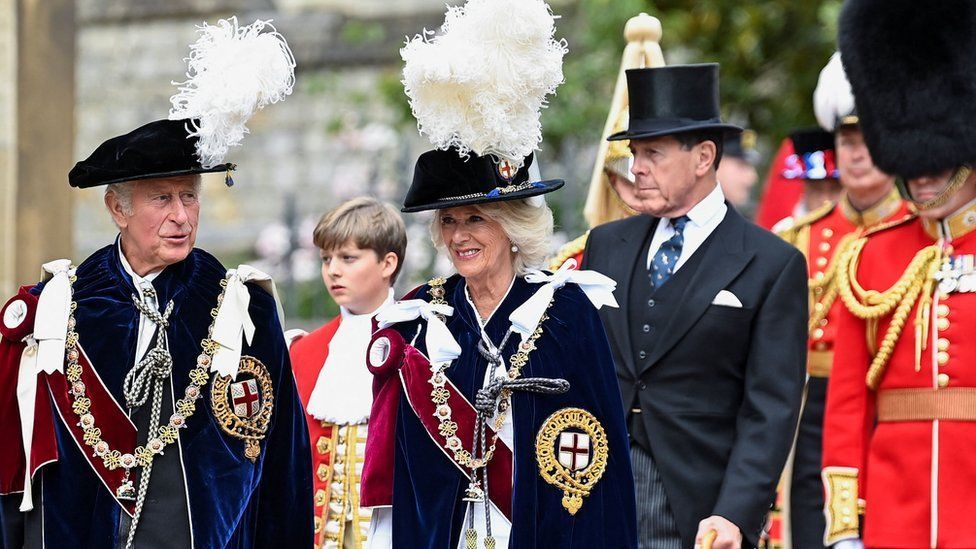 Camilla, Duchess of Cornwall, became a "royal companion" of the order

The appointments to the Order of the Garter were announced at new year, but new members are formally installed at the annual ceremony in June.

It is usually a regular date in the Queen's diary, although the ceremony had been cancelled during the pandemic.

Camilla becomes one of the "royal companions", with her appointment seen as a personal sign of approval by the Queen. 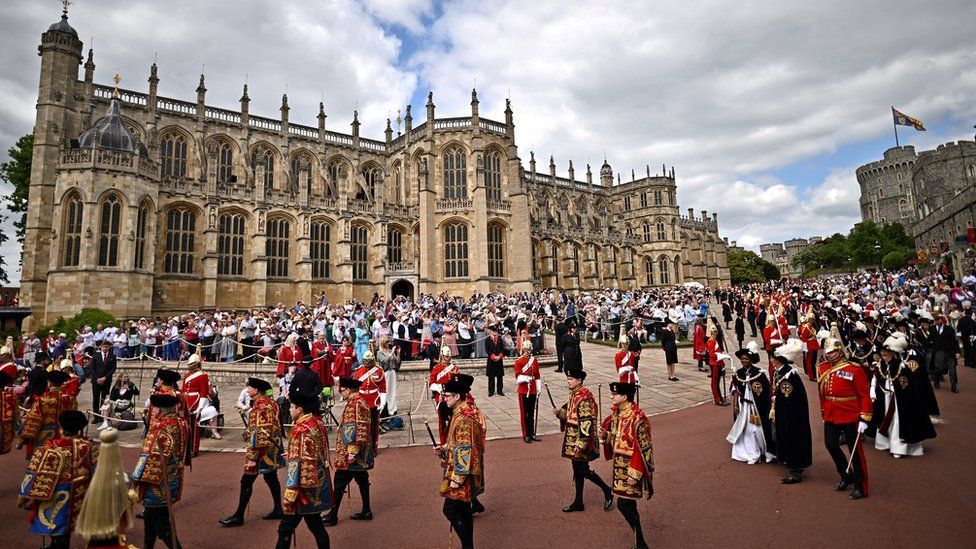 The order, instituted by Edward III, originated from medieval chivalry and senior figures around a monarch.

According to Buckingham Palace, the current purpose is to "honour those who have undertaken public service, who have contributed in a particular way to national life".

In Scotland, the Order of the Thistle was founded in 1687. Two new members were recently appointed, Sir George Reid and Lady Elish Angiolini.

Watch: Sir Tony Blair becomes a member of the Order of the Garter
Add Comment