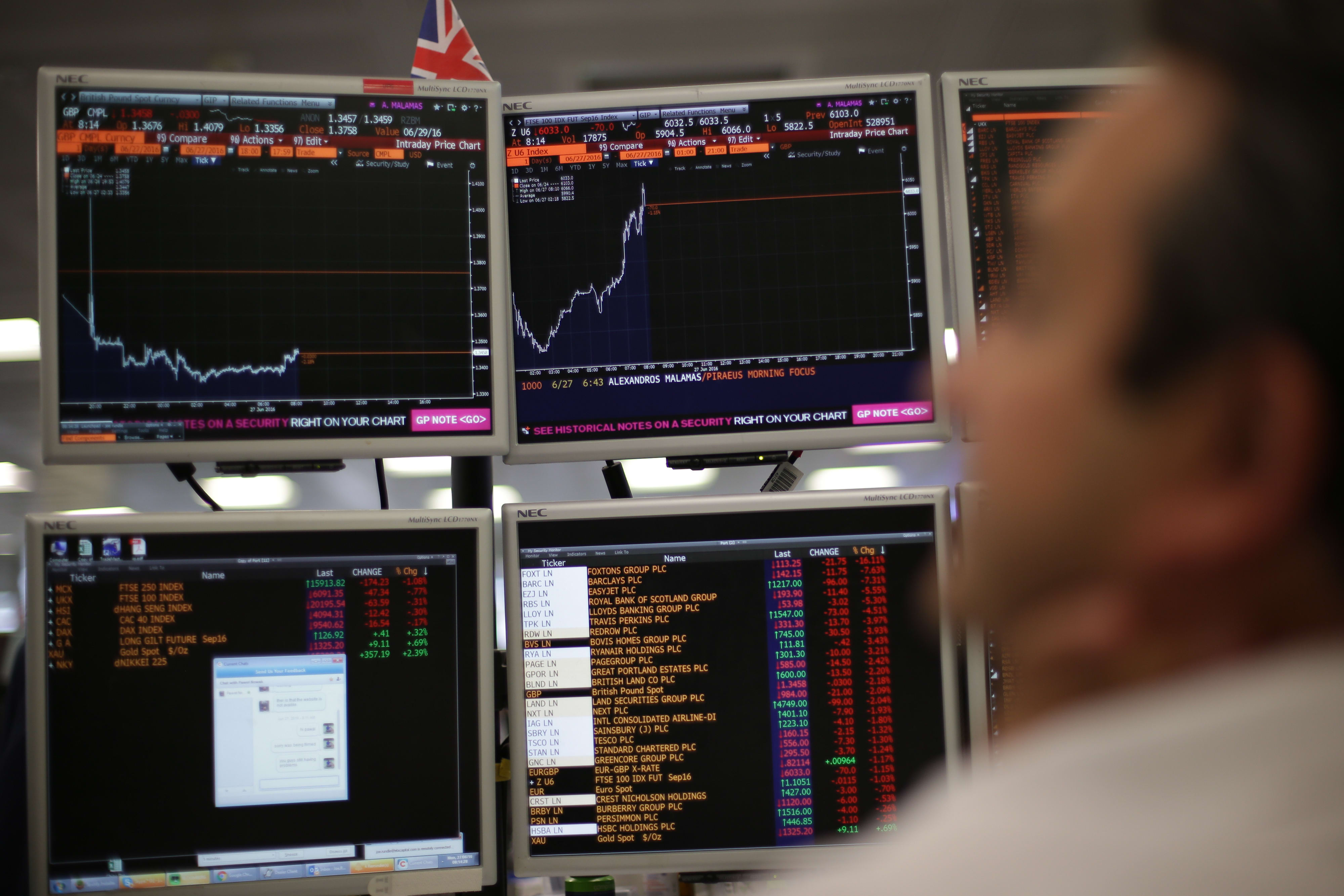 “Even stripping out banks and the mining stocks - because people always say the U.K. is cheap because you’ve got mining stocks which are just not going to last with the rise of popularity of ESG-investing (sustainable investing) and the banks are so linked to recession that that’s what’s dragging down U.K. valuations - even stripping them out ... they are really cheap.”

U.K. stocks have taken a hammering since the coronavirus pandemic emerged in Europe in early spring, with the FTSE 100 down 21.5% year-to-date. Aside from the economic damage wrought by the virus, U.K. market sentiment has been buffeted by ongoing uncertainty over Brexit.

Negotiations between the U.K. and EU to establish a trade deal once the transition period ends in December have not yielded an agreement so far, with differences remaining over state aid rules, fishing rights, and customs rules in Northern Ireland, which will become the U.K.’s only land border with the EU.

Tense talks so far have raised the prospect of a “no-deal” scenario in which both the U.K. and EU could put tariffs on each other’s goods and trade becomes more convoluted and costly.

A no-deal scenario would very likely lead to a depreciation of sterling against other major currencies that could boost the attractiveness of U.K. stocks, but Wall said the situation was not that simple in the case of a no-deal Brexit.

“We’ve seen hedge funds, since 2016, going short on U.K. because of the Brexit uncertainty, and we are seeing the U.K. make up a smaller and smaller part of those broad, global indices, from the FTSE to the MSCI. So of course those passive funds are buying less of the U.K., so it’s a complicated thing to work out because it’s not as simple as ‘sterling down, FTSE up’ because you also have that extra layer of uncertainty.”

With three months to go before the transition period ends, and no deal in sight before a forthcoming EU summit in mid-October, by which time it was hoped a deal could have been reached, “significant risks remains,” according to John Wraith, head of U.K. rates strategy at UBS.

Writing in a note Tuesday, Wraith said that UBS still expects “major disruption to be avoided,” however.

“We expect both sides to keep working towards an agreement beyond the mid-October EU Summit - even though that has been identified by the U.K. as the deadline for a deal - and believe the mutual determination to avoid compounding the economic challenges posed by the Covid-19 pandemic should ultimately ensure that disruption to trade and economic activity at the end of the transition period is minimal.”
#COVID-19  #Covid  #Coronavirus
Add Comment