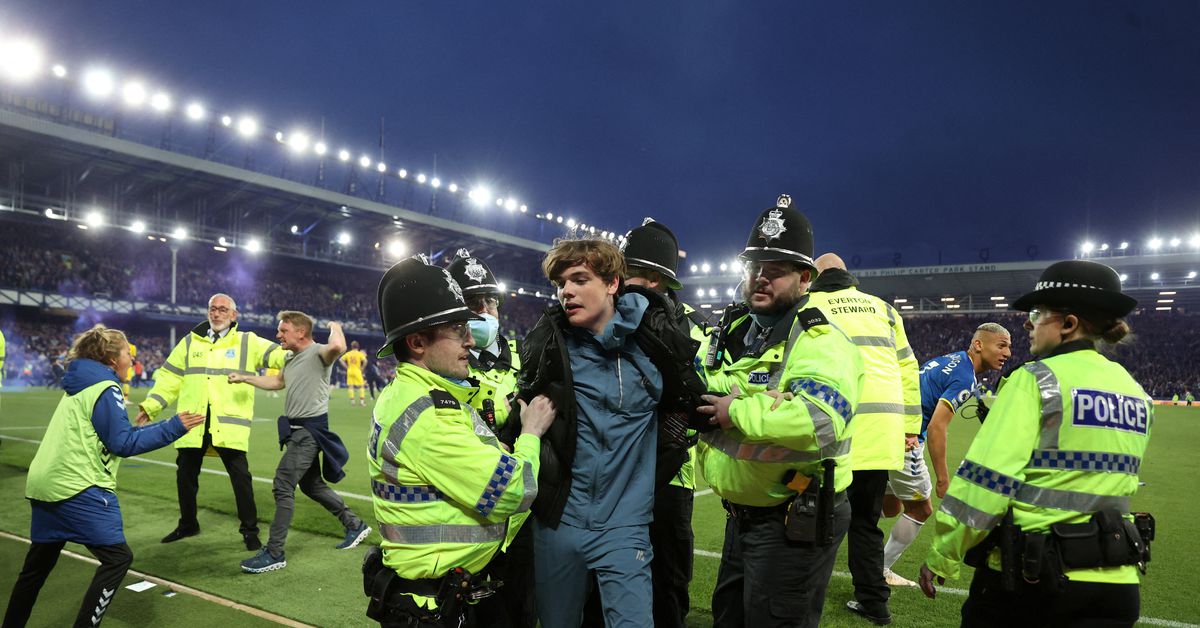 The Premier League will introduce enhanced safety measures to prevent crowd misbehaviour ahead of the start of next season, it said on Thursday, with clubs unanimously agreeing that visiting teams will provide additional stewards for away matches.
Aston Villa's Swedish goalkeeper Robin Olsen was attacked as Manchester City fans celebrated their Premier League title win by invading the pitch at the Etihad Stadium last month.

Everton fans invaded the pitch at Goodison Park following Dominic Calvert-Lewin's late winner and at the final whistle of their 3-2 victory over Crystal Palace, which secured their spot in the top flight.

Palace manager Patrick Vieira was also involved in an altercation with a fan when he was walking towards the away dressing room after the final whistle, prompting the English Football Association to launch an investigation.

The league said that it also hoped to address the issue of missiles and pyrotechnics that disrupted matches last season.

"It is vital that everyone feels safe at a match," Premier League Chief Executive Richard Masters said.

"Supporters must be reminded it is illegal to enter the pitch at any time... this area is unequivocally for football and under no circumstance should players, managers, match officials or staff fear for their safety - just as fans should remain protected in the stands.

"In addition, we have seen an increase in the use of pyrotechnics and missiles, both of which are not only a criminal offence, but can cause serious injury."

The league said that as a first step, clubs had unanimously agreed the requirement for visiting clubs to provide stewards for away matches in order to improve safety for supporters.

It added that it would work with stakeholders of the game to further address the issue.
Add Comment