Leanne Perrett, 35, was three months pregnant when she was knocked out and landed face first in the street after being hit by the stun gun.

A court heard how an officer only identified as PC Hughes was called to Barry in South Wales after Perrett, and her partner Kyle Butts, 34, were seen causing a disturbance in the street on June 20.

Speaking at Cardiff Magistrates’ Court, prosecutor Kelly-Marie Johnson said: ‘Both were seen in the street shoving one another and shouting insults.

‘The officer was approached by the male and then the female, she was saying: “I want him nicked.”

‘She then charged towards the male and the officer attempted to arrest her putting her in a restraint.

‘As he attempted to handcuff her she slipped his grasp and he took her to the floor.

‘It is said she then punched him and he was forced to continue to restrain her.’

The officer had to restrain Butts who tried to punch him, but as he did so Perrett stormed towards them.

Miss Johnson said: ‘She is then alleged to have thrown another punch. It is unclear if that connected. The officer has then had to use his Taser to control the situation.’

Perrett and Butts both admitted assaulting an emergency worker, and using threatening words or behaviour to cause fear of violence.

Tom Trobe, defending, said Perrett had been left with ‘substantial injuries’ after what happened, including a black eye.

‘The most serious injury that she suffered was the loss of her child. She was three months pregnant,’ he added.

‘While there is no medical evidence to say that this was the direct cause, she lost the baby in the subsequent days.

‘She accepts this was an unpleasant incident where violence need not have occurred.’ 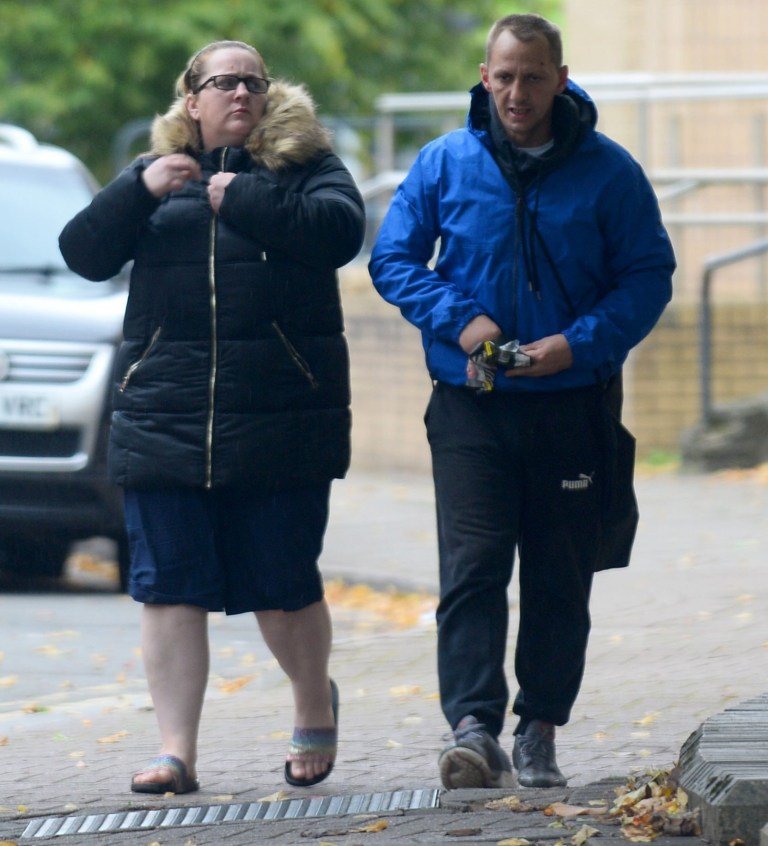 Mr Trobe said Butts had thrown a punch at the police officer after Perrett was hit, adding: ‘This was an emotive situation and not a pre-planned offence.’

He said Perrett suffered from a psychiatric disorder, and had been unable to get appropriate medical appointments during the coronavirus pandemic.

Both Perrett and Butts had suffered from drug addictions at the time of the incident, but Mr Trobe confirmed both were now undergoing treatment programmes.

District Judge Shoman Khan said the police officer had been right to use his Taser, adding: ‘The officer’s reaction was instinctive, it was a heated situation and I thought he dealt with it very well.’

Butts, of Llantwit Major, was handed an eight-week suspended sentence and a nine-month drug rehabilitation order.

Perrett, also of Llantwit Major, was handed a 16-week suspended sentence and ordered to take a thinking skills programme.

‘If you commit more offences you bring them on yourselves just like you did in this incident,’ Judge Khan added.

Although her own lawyers had accepted that there was no evidence that the miscarriage was related to the incident, Perrett said outside court: ‘I suffered a miscarriage after it happened.

‘I was three months pregnant and I lost the baby. I know that’s what caused it.’

She claimed there was no need for her to be Tasered over what was a row between her and her partner.

‘The first thing I remember was waking up and being pushed into the back of the police van,’ Perrett added.

‘They had to lift me in because I couldn’t stand up – my legs just wouldn’t work.

‘I thought I had broken my cheekbones as I was in so much pain and I had a black eye that stayed for over three weeks.

‘The copper’s reaction was completely over the top, he was well out of order. He had no need to Taser me.

‘My mum saw the video afterwards and was crying.’

Rabbi Zuckerberg 91 days ago
Copper should get the electric chair 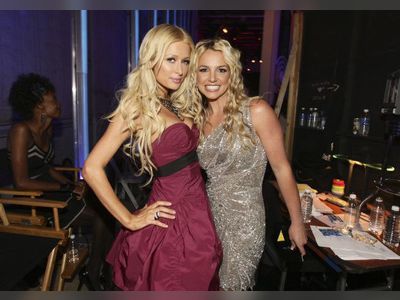 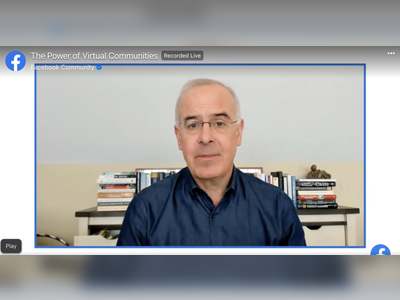