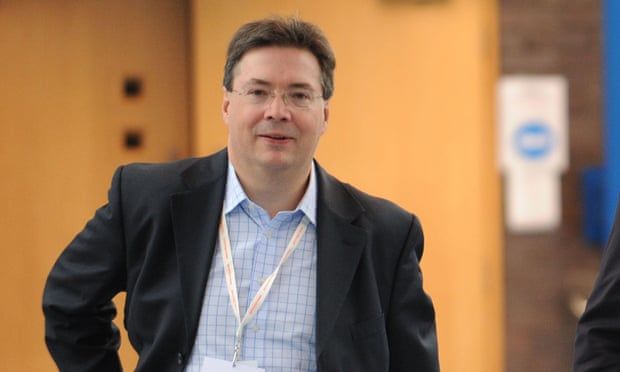 Exclusive: Mark Fullbrook having ‘long conversations’ with high-profile potential switchers
A veteran political strategist who used to work for Boris Johnson has been phoning senior Conservatives currently supporting Rishi Sunak to persuade them to back Liz Truss for prime minister.

Mark Fullbrook, who ran the prime minister’s successful leadership bid in 2019, has been playing a key role in the foreign secretary’s bid to win over more high-profile Tory MPs to cement her frontrunner status.

Truss campaign sources confirmed that the senior aide had been having “long conversations” with high-profile potential switchers, and claimed that “more than one is wobbly” – but added there were “not dozens” of MPs who were about to come over.

Tory sources told the Guardian that at least one senior minister who is currently backing the former chancellor was considering publicly endorsing Truss despite the contest only having two full weeks left to run.

Sunak topped the final round of the MPs’ vote with the backing of 137, while Truss came second with 113 votes, just beating Penny Mordaunt, an early favourite, who picked up 105 supporters. However, the polls have consistently suggested that the foreign secretary is well ahead among party members.

The Wales secretary, Sir Robert Buckland, last weekend became the first cabinet minister to publicly switch their endorsement for the Tory leadership from Sunak to Truss, citing her emphasis on the economy as a major reason for his defection.

Days later Alun Cairns, who served as Wales secretary for three years under David Cameron, Theresa May and Boris Johnson – announced he was no longer backing Sunak as he felt Truss stood the best chance of securing the future of the union.

One Truss campaign source said: “Mark has done a lot of this, particularly talking to MPs at a senior level, but others in the campaign have been involved too.”

However, they denied suggestions that the politicians may have been offered positions in a new Truss government or any other inducements to defect. “There’s not been any jobs offered. It’s definitely been about the positives of joining Liz’s team. There’s no threats, we’re not Gavin Williamson,” they added.

One senior backbencher who is a Sunak supporter told the Guardian they had been contacted by Truss’s team, in an attempt to get them to switch allegiance, but without success.

One Tory who was called by Team Truss said: “Any MP who changes sides will have shredded their reputation in parliament in an instant and will find themselves walking past colleagues who would rather stare at their shoes than give them the time of day.”

A minister added: “This approach was used early on for high-profile figures and jobs were offered but surely my colleagues must now realise there are more hopeful people than jobs?”

Other MPs who are supporting the former chancellor said they had not received any contact from Truss’s campaign. “I assume they just think I’m too pro-Rishi so it’s not even worth the effort,” one said.

Another added: “Nobody has tried to call me but then I’m not a senior Tory and probably on a list marked ‘not for turning’.”

The suggestion that there could be more defections has gone down badly with Sunak’s campaign team. One insider said: “Those who switch are doing it purely for their own careers and it’s spineless. No one forgets a switcher and it tends to end badly for them.”

Tory MPs also told the Guardian that some Sunak-backing backbench colleagues had now endorsed Truss after being threatened with deselection by constituency parties that are supporting the foreign secretary.

Fullbrook is an elections consultant who was previously the business partner of veteran Australian strategist Lynton Crosby, but now runs his own business.

Renowned for his knowledge of the Tory party and its members, he first worked with the Conservatives in 1992, and helped run Johnson’s 2012 re-election as London mayor.

Fullbrook was also closely involved in Zac Goldsmith’s failed bid for London mayoralty in 2016, a campaign that was criticised for using racist tropes against the winner, Labour’s Sadiq Khan.

It came as polling expert Sir John Curtice said that neither of the two leadership candidates were likely to give the Tory party the “bounce” it received when Boris Johnson became prime minister.

“Frankly, the polling does not suggest that whichever of them makes it is going to make that much difference on its own. The crucial question will be how they do the job,” he told Times Radio.

“It’s not clear that either of them is going to deliver the Conservative party across the UK the kind of bounce in fortunes that certainly happened after Mr Johnson became prime minister.”
#Boris Johnson  #Johnson
Add Comment