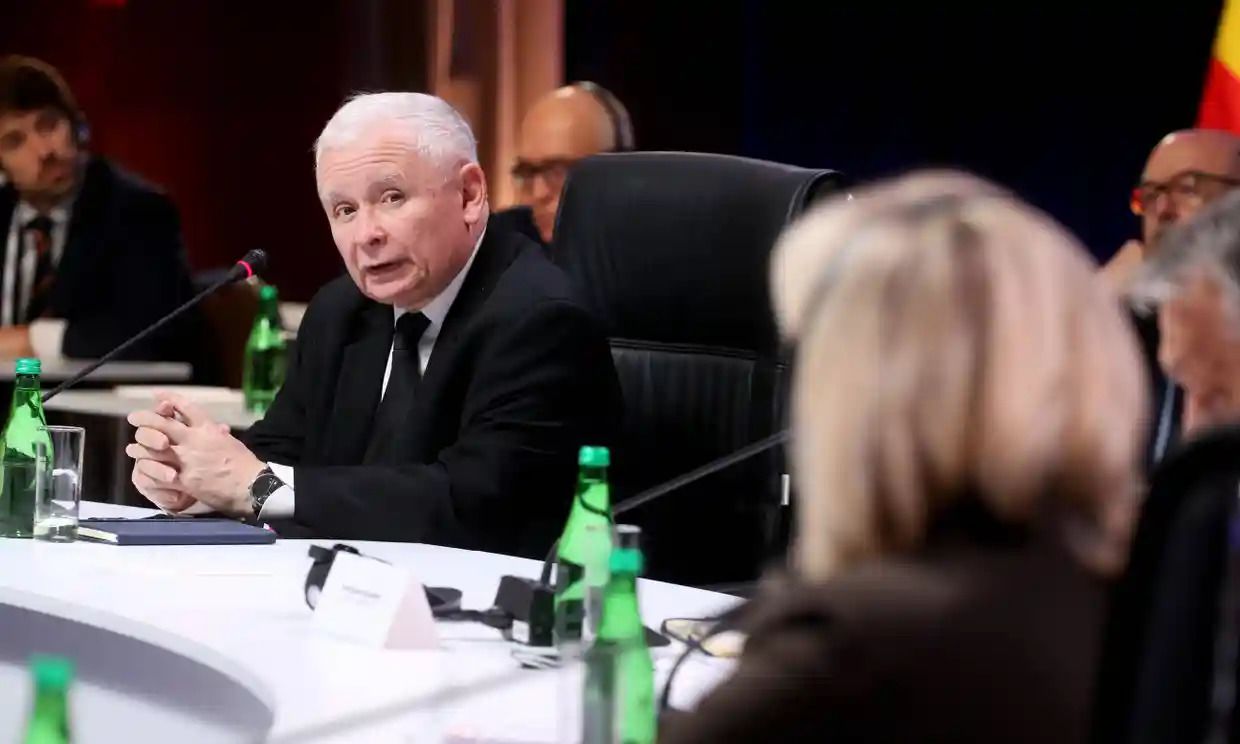 The head of Poland’s ruling party, Jarosław Kaczyński, has said Germany is trying to turn the EU into a federal “German fourth reich”. Jarosław Kaczyński’s remarks in newspaper are latest episode in Poland’s lengthy standoff with EU.
Speaking to the far-right Polish newspaper GPC, the head of the Law and Justice party (PiS) said some countries “are not enthusiastic at the prospect of a German fourth reich being built on the basis of the EU”.

“If we Poles agreed with this kind of modern-day submission we would be degraded in different ways,” said Kaczyński, who is also a deputy prime minister. He added that the European court of justice was being used as an “instrument” for federalist ideas.

Poland has been involved in a lengthy standoff with the EU, particularly over the judicial changes that PiS has pushed through since 2015.

The EU this week said it was launching legal action against Poland for ignoring EU law and undermining judicial independence.

Poland has accused the bloc of “bureaucratic centralism”.

During a visit to Warsaw by the new German chancellor, Olaf Scholz, this month, the prime minister, Mateusz Morawiecki, said the current Berlin government’s support for EU federalism was “utopian and therefore dangerous”.

The new year, like all new years, will hopefully herald a fresh sense of cautious optimism, and there is certainly much for us to focus on in 2022 - a volley of elections, myriad economic challenges, the next round in the struggle against the pandemic and a World Cup.

With no shareholders or billionaire owner, we can set our own agenda and provide trustworthy journalism that’s free from commercial and political influence, offering a counterweight to the spread of misinformation. When it’s never mattered more, we can investigate and challenge without fear or favour.
#Coronavirus
Add Comment