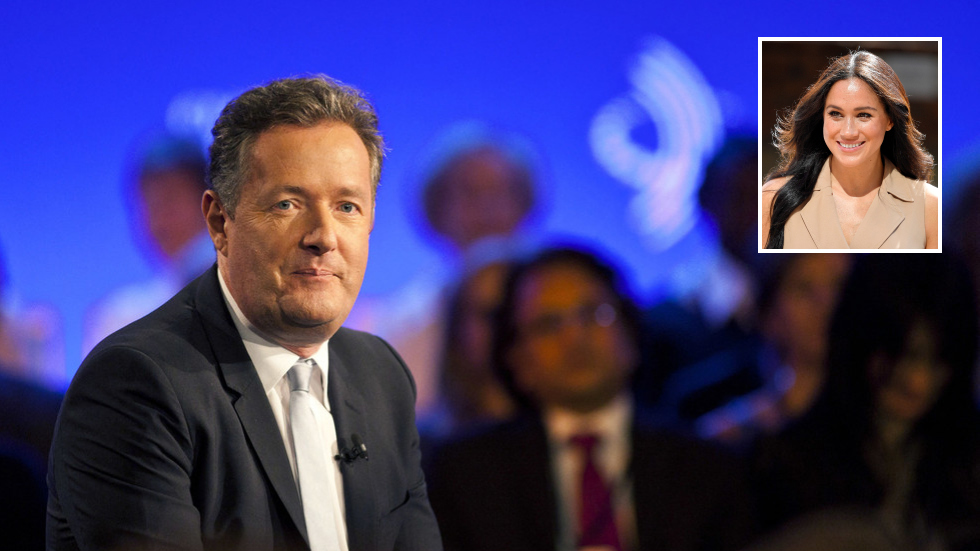 Good Morning Britain co-presenter Piers Morgan walked off the set of his own talk show after one of his colleagues condemned his attacks on Meghan Markle, prompting pundits and viewers alike to call the TV host thin-skinned.

During Tuesday’s programme, co-presenter Alex Beresford objected to how Morgan “continues to trash” Markle, after the Duchess of Sussex and her husband, Prince Harry, sat for a headline-grabbing interview with Oprah Winfrey.

Markle claimed in the interview that she had been denied help by the British royal family while suffering from suicidal thoughts, and alleged that members of the monarchy had expressed concern about “how dark” her then-unborn son’s skin would be. The comments triggered a series of seething retorts from Morgan, who denounced the Oprah tell-all as “cynical race-baiting propaganda” and declared that he didn’t believe “a word” that Markle said.

Beresford objected to Morgan’s vicious broadsides, noting that it seemed as if the TV presenter held a personal grudge against the Duchess.

“I understand you’ve got a personal relationship with Meghan Markle and she cut you off. Has she said anything about you since she cut you off? I don’t think she has but yet you continue to trash her,” he said.

The remarks appear to have touched a nerve, because Morgan responded by storming off the set, announcing: “OK, I’m done with this, sorry, no, can’t do this.”

Beresford then lambasted Morgan’s behaviour as “pathetic” and “diabolical.”

The theatrics didn’t go down well with social media users, pundits, and even colleagues.

“Surely Piers knows if you give it, you gotta be able to take it?” he asked. The Good Morning Britain co-host responded: “Sure. I just prefer not to sit there listening to colleagues call me diabolical.” But some social media observers were quick to point out that Beresford made the remarks only after Morgan began walking off camera.

Others were more pointed with their criticism. Political gossip site Guido Fawkes bashed Morgan as a “snowflake.” To his credit, the television presenter appears to have conceded that he should have been more thick-skinned.

“Agreed. I was annoyed, went for a little cool-down, and came back to finish the discussion,” he wrote in reply.

Morgan’s temper tantrum was nothing more than good television, some believed. Journalist Ash Sarkar opined that Morgan’s anger was likely genuine, but the drama seemed made-for-TV.

“There’s a reason why these outbursts happen on set while the cameras are rolling. Here we are, all talking about it,” she wrote.

Morgan returned to the set to continue the discussion about Markle and even walked back some of his more accusatory remarks about the Duchess. He said that the royal family had “serious” questions to answer if Markle was denied help after struggling with mental health issues.

Morgan’s own outbursts about the Oprah interview almost pale in comparison to reactions on social media. The interview has already spawned a number of trending hashtags on social media, including #AbolishTheMonarchy.