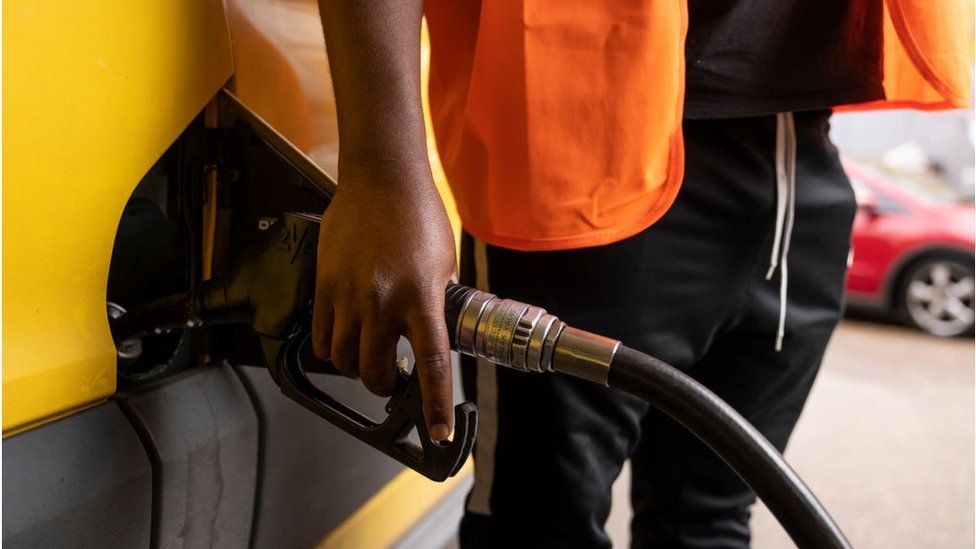 Petrol cost hit new high every day for past month

Petrol prices have hit new record highs every day for the past month, according to motoring organisation the RAC.

The war in Ukraine and moves to reduce dependence on Russian oil have helped drive up fuel prices, putting households under pressure as food and energy bills also soar.

The RAC called on the government to cut fuel taxes to ease the cost burden on motorists, and to help lower the cost of living.

"New records in the average price of petrol have been set every day for the last month, with a litre rising 21p, which has added more than £11 to a tank," said RAC fuel spokesman Simon Williams.

He said that RAC analysis of wholesale diesel prices indicates that diesel could hit "a previously unthinkable average of £2 a litre", and that "unfortunately, it has already crossed this threshold at motorway services".

However, rival motoring organisation the AA said wholesale fuel costs had been steady recently, while pump prices had been rising.

"Another penny on petrol is a surprise given that wholesale costs have been level if not lower since the Jubilee," said Luke Bosdet, the AA's spokesman on fuel prices.

He said if petrol continues to go up at the same rate heading into the weekend, "the government has yet another reason to call the retailers out". 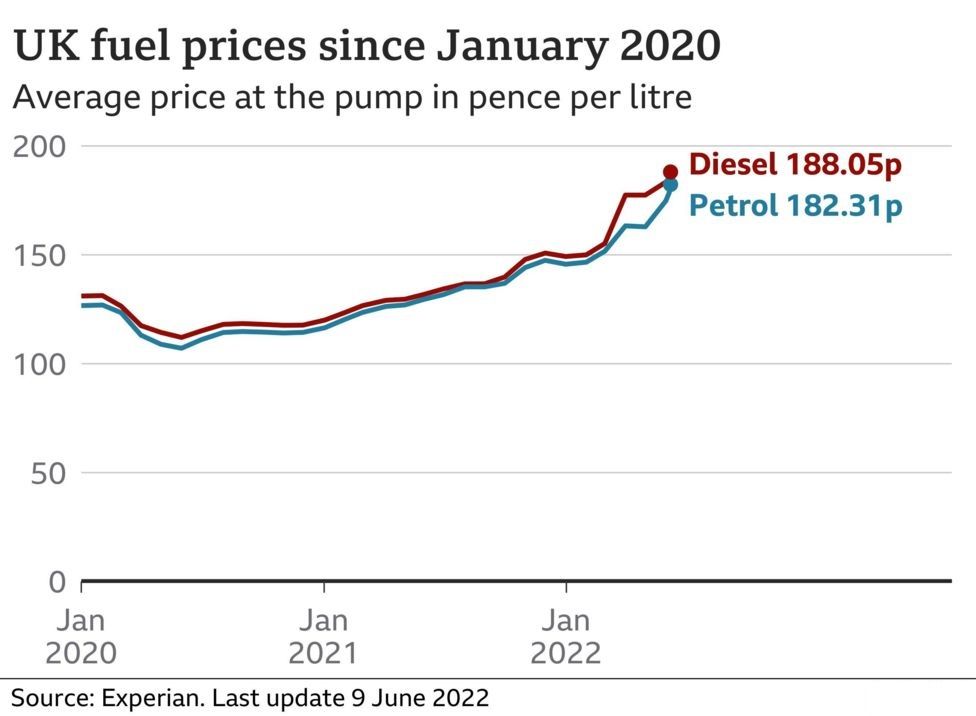 He said that diesel may yet hit £2 per litre, but "why invite the fuel trade to speed up the pump price rises?"

"It's a volatile market, nothing is guaranteed until it happens," he added.

The Treasury cut the tax in March by 5p per litre in a bid to help motorists, and has asked the Competition and Markets Authority (CMA) to investigate whether that cut is being passed on to motorists quickly enough.

The RAC called on the government to temporarily lower VAT on fuel, and make a further cut in fuel duty, saying the rise in VAT takings since March was now more than cancelling out the fuel duty cut.

So far the government has ruled out cutting VAT, saying higher receipts from fuel price increases will be largely offset by lower receipts from household spending less on other goods and services.

The government has put together a £37bn package to help families as energy, food and fuel bills soar.

More than eight million UK homes on benefits are set to receive £326 by the end of July, with a second payment of £324 in the autumn.