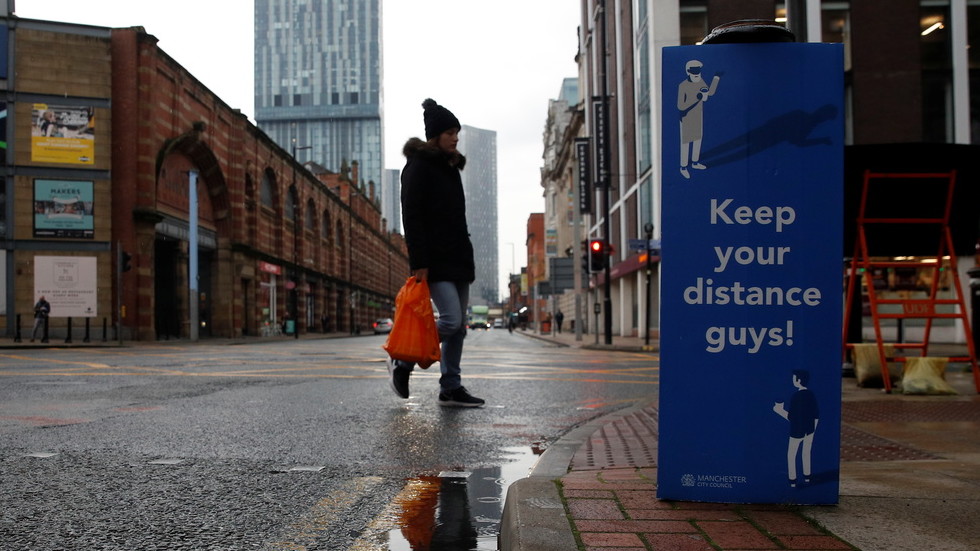 John Edmunds, a British epidemiologist on the government’s Covid-19 advisory committee, warned UK lawmakers that there is very little chance of the coronavirus being eliminated. He said vaccines could slow its spread, however.

“We are going to have to live with this virus for evermore. There is very little chance that it’s going to become eradicated,” Edmunds, a member of Scientific Advisory Group for Emergencies (SAGE), said on Wednesday.

He pointed out that the prospect of a vaccine towards the end of the winter could help the government’s efforts. “If vaccines are just around the corner then, in my view, we should try and keep the incidence as low as we can now,” he said.

It was a “clever game” for the UK to invest in different coronavirus vaccines, he added, as the country has signed supply deals for six different kinds and secured 340 million doses.

Health authorities are not going “to be vaccinating everybody,” Edmunds said, but high risk people such as healthcare workers could get shots first.The epidemiologist earlier warned that if Covid-19 cases continued to rise, authorities would have to “significantly” step up measures. In early October, he admitted that local measures in northern England had failed.

“We need to take much more stringent measures, not just in the north of England, we need to do it countrywide, and bring the epidemic back under control,” he said at the time.Edmunds also described the current efforts as “light touch” actions that are just “delaying the inevitable.”

“I am not sure, however, that the measures will go far enough to stop epidemic growth. I hope so, but I doubt it.”