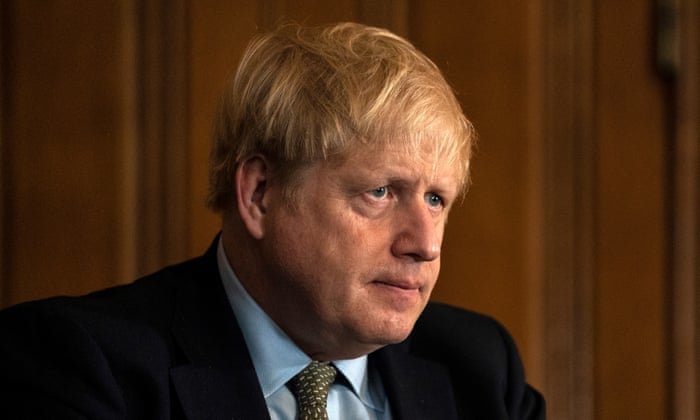 Questions remain unanswered over identity of donor who lent prime minister a property in Mustique over new year
Parliament’s sleaze watchdog has launched an investigation into Boris Johnson and the mystery over who funded his recent luxury Caribbean holiday, the Observer has learned.

Prompting fresh questions over the prime minister’s probity, the parliamentary commissioner for standards decided last week to pursue an official inquiry into Johnson amid unanswered questions over the identity of the donor who lent him a property on the island of Mustique over new year. It is the first time a serving prime minister has been investigated by the commissioner, who is responsible for regulating MPs’ conduct and propriety.

The development means that three high-level inquiries are under way into allegations surrounding Johnson’s conduct, including his relationship with US businesswoman Jennifer Arcuri. A source with intimate knowledge of the most recent inquiry, but who requested anonymity, said: “These are serious issues which need to be properly investigated.”

The decision was made by commissioner Kathryn Stone last Wednesday, after she requested information from both Johnson and David Ross, the former deputy chairman of Carphone Warehouse. Johnson has claimed the £15,000 cost of the villa he stayed in between Boxing Day 2019 and 5 January 2020 was paid for by Ross, a Tory party donor who owns a property on the island.

But Johnson’s declaration in the register of MPs’ interests was later contradicted by Ross, who denied he had paid for the holiday and said he did not own the villa where Johnson and his partner, Carrie Symonds, stayed. Ross said he had only “facilitated accommodation for Mr Johnson”.

The commissioner’s investigation follows an official complaint by shadow Cabinet Office minister Jon Trickett. On 13 February, a letter from Trickett to Stone urged her to investigate because the MPs’ “code of conduct requires members to provide the name of the person or organisation that actually funded a donation”.

If Stone’s investigation uncovers a “serious breach of the rules or identifies an issue of wider concern”, the commissioner will forward a report to the committee on standards, which will review the evidence and, if appropriate, recommend a penalty.

Trickett pointed out that it would not be the prime minister’s first run-in with the committee, which in April last year reprimanded him for failing to declare expenses correctly. Johnson was forced to apologise to both Stone and the committee on standards after it found he had displayed a “pattern of behaviour” and “an over-casual attitude towards obeying the rules of the House”. Pointedly, it warned: “Should we conclude in future that Mr Johnson has committed any further breaches of the rules on registration, we will regard this as a matter which may call for more serious sanction.”

Len Duvall, Labour chair of the London assembly’s oversight committee, which has opened an inquiry into how Arcuri was awarded coveted places on mayoral trade missions despite failing to meet the criteria, said the latest latest investigation raised potential questions over what Johnson had to hide. “Only Boris can give us the answers to this. It should have been a simple matter to clear up; it shouldn’t take an inquiry. He should just explain who he received the benefit from,” said Duvall.

Caroline Pidgeon, a Liberal Democrat member of the same committee, said: “The prime minister clearly has form in terms of what he chooses to declare, which goes against all practice in public life. Elected politicians need to go above and beyond the letter of the law to be transparent.”

In the latest register of MPs’ interests, Johnson listed the holiday as a “benefit in kind” donated by “Mr David Ross”. Ross said he had not covered the cost of Johnson’s stay but that because he had arranged the trip the prime minister’s “declaration to the House of Commons is correct”.

News of the latest investigation into Johnson joins the ongoing inquiry by the Independent Office for Police Conduct which has been gathering evidence since September into whether it should investigate Johnson for possible criminal misconduct over his friendship with Arcuri.

High-profile politicians to have previously incurred the wrath of the sleaze watchdog include former trade secretary, Peter Mandelson, who was forced to resign from the cabinet in 1998 after then commissioner Elizabeth Filkin found he had breached the Commons code of conduct over an undeclared £373,000 home loan.

Downing Street has insisted the trip was properly registered, and that “all transparency requirements have been followed as set out in the register of members’ financial interests”.

The office of the parliamentary commissioner for standards was contacted but declined to comment. It has previously said it would not answer queries on the issue following a decision by MPs in 2018 to allow colleagues being investigated to remain anonymous.
Add Comment