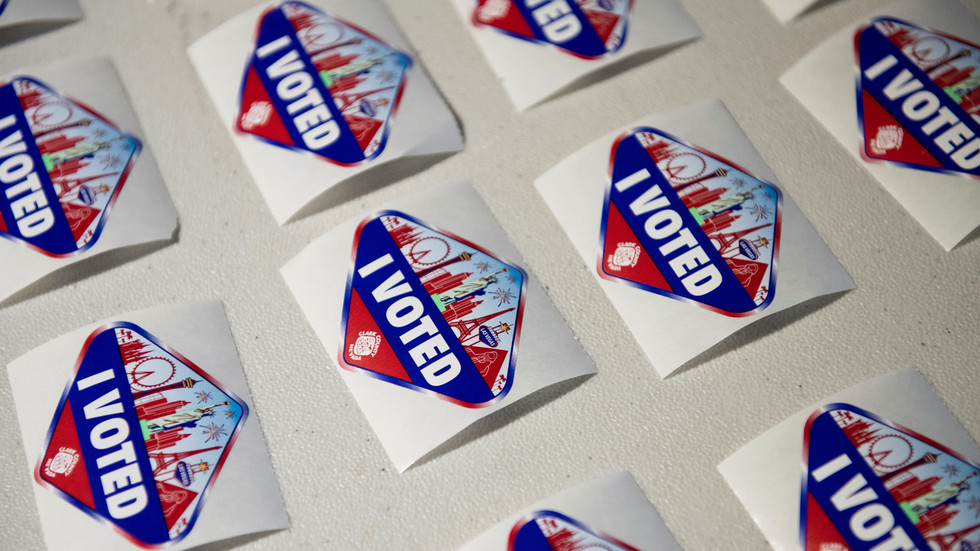 Just a small fraction of Americans believe democracy is working very well, though most agree that a democratically elected government is essential to US society, a new poll has shown. Unfortunately, most see things getting worse.
Just 16 percent of Americans believe democracy is working “very well” or “extremely well” in the US, a new AP/NORC poll published on Monday has revealed. Worse, nearly two thirds believe the level of division in the US will either remain constant or even grow over the next five years.

While a slight majority – 54 percent – said they were confident the US’ best days were yet to come, nearly half believe the country is headed in the wrong direction. Democrats tended to be more optimistic than Republicans – not too surprising, given the outcome of November’s election. Indeed, the numbers have essentially reversed with the change of leader in the White House since a similar poll was taken in October.

Back then, just six percent of Democrats believed the US was on the right track, but January’s poll revealed that percentage had soared to 76 percent. Republicans accordingly had dropped about 30 points since the pre-Election Day polls, with just 20 percent believing the US is going the right way in the aftermath of Democrat Joe Biden’s victory. Voters not registered with either party were less thrilled than Democrats by the election results, but less devastated than Republicans.

With Biden in office for just a few weeks, 57 percent of respondents gave him a “favorable” rating, and 70 percent had faith he would respect “democratic institutions” at least a “fair amount.” Trump’s respect for those same traditions received a lowly 37 percent. Around a third of Americans polled still don’t believe the Democrat was elected president, a number that drops even further when one surveys only Republicans, according to the AP.

Just 11 percent of Americans believe the country is united on the “most important values,” according to the poll, while respondents were split almost equally on whether the nation would become more or less united in the coming five years, with nearly another third believing social division will hold steady.

However, when asked to rate issues they considered to be the most important and definitive of American identity, the respondents didn’t seem to have such different values at all. The vast majority (88 percent) chose “a fair judicial system and the rule of law” as a critical piece of American life, followed closely by “individual liberties and freedoms as defined by the Constitution” (85 percent).

While 83 percent held up the ability to “achieve the American dream,” they agreed less on how that was supposed to happen – or to whom it was owed. While more than two thirds thought a “shared American culture and set of values” was very important, just a little over half thought it was very important for people to “come from other places in the world to find economic opportunities.”

Congress certainly didn’t do well either, with 62 percent of Americans overall viewing it unfavorably. Still, that represents a significant improvement over last February, when the Covid-19 pandemic was arriving on American shores, and Congress was too busy trying to impeach the president to do anything about the virus on its doorstep.

Trust in most institutions has been going steadily downward in the US and other Western nations, according to PR company Edelman’s ‘trust barometer’, which measures the phenomenon. In 2021, the media received record low ratings from Edelman, but Congress was viewed even less favorably. Indeed, the only thing worse than being a member of Congress, according to their polling, was being a journalist.
#COVID-19  #Joe Biden  #Covid
Add Comment