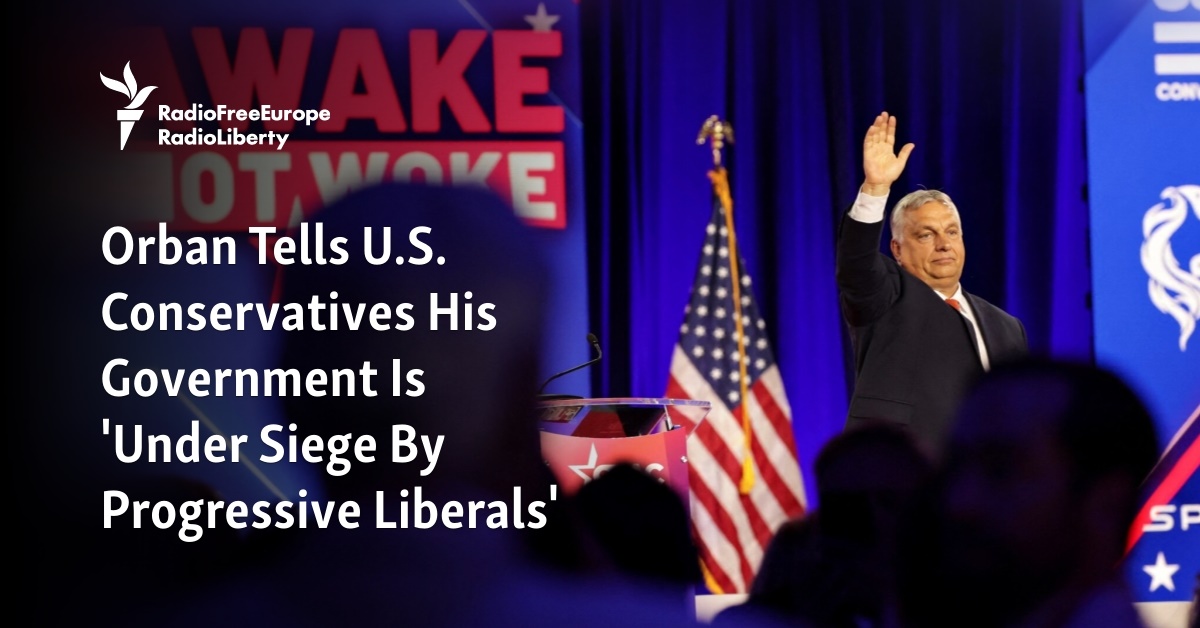 Orban said Hungary and his government were "under the siege of progressive liberals” whom he accused of seeking to separate Western civilization from its Christian roots, while his government's pro-family policies, anti-immigration stance, and rejection of gender ideology resist those efforts.

"This war is a culture war," Orban said, speaking to the Conservative Political Action Conference (CPAC) in Dallas. "We have to revitalize our churches, our families, our universities, and our community institutions."

Orban also said the United States needs a strong leader to negotiate a peace deal to end the war in Ukraine.

Orban didn't specifically refer to former U.S. President Donald Trump, who has hinted that he will run for president again in 2024.

He and Trump had warm relations when Trump was in office, and the Hungarian leader endorsed Trump ahead of the 2020 U.S. presidential election.

Orban has been widely criticized in Europe, most recently for comments he made about racial mixing, which were condemned as racist and rooted in Nazi ideology.

He told CPAC attendees that those who accused him or his government of racism were "idiots." He said his government had adopted a "zero-tolerance" policy on racism and anti-Semitism.

The right-wing nationalist also has been slammed by European Union leaders who say he has undermined democracy with measures that restrict immigration and give his government control over the media and nongovernmental organizations.

Orban, who was reelected for a fourth consecutive term in April, said the stakes are high for 2024. In addition to the U.S. election, Europeans will vote on European Parliament seats that year.