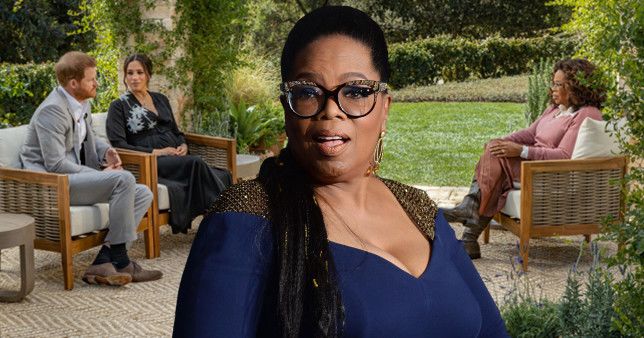 CBS is paying Oprah Winfrey up to £6.5 million ($9 million) for her explosive interview with Prince Harry and Meghan Markle – but the royal couple isn’t getting a penny, sources claim.

The US network is believed to have forked out between £5 million ($7 million) and £6.5 million ($9 million) in license fees to the chat show host’s production company Harpro Productions.

Representatives for the Duke and Duchess of Sussex say they are not being paid and are not receiving a financial donation for a charity of their choice.

The two-hour special – which was recently extended by half an hour – was originally pitched to NBC and ABC as well as CBS, The Wall Street Journal reports.

Viewers in 69 countries will tune into the ‘tell-all’ interview, which will see Meghan claim that Buckingham Palace banned her from talking with Oprah before her royal wedding in 2018.

In a new clip released yesterday, she added that she ‘wasn’t even allowed’ to reject the interview personally and was forced to have members of the royal communications team in the room during the conversation.

She said: ‘We’re on the other side of a lot of life experience that’s happened and also we have the ability to make our own choices in a way I couldn’t have said yes to you then. That wasn’t my choice to make.’ 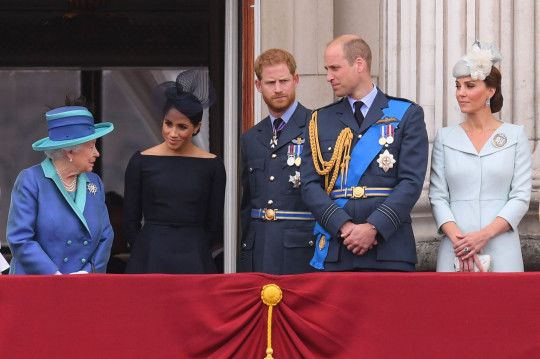 Queen Elizabeth II, Meghan and Harry, and Prince William and Kate Middleton on the balcony of Buckingham Palace

Palace insiders have denied accusations of a smear campaign after a probe was launched into bullying allegations made against Meghan three years ago.

They told The Times: ‘It is absolutely untrue that the Palace has been peddling disinformation or conducting any kind of campaign ahead of the interview. The Palace has not got involved. It has clearly not been coming from us.’

However, the duchess’s former co-star hit out against the Royal Family in a scathing statement on Friday.

Patrick J Adams, who played Meghan’s love interest on Suits, said she was an ‘enthusiastic, kind, cooperative, giving, joyful and supportive member of our television family’, and remained the same way after she became a senior royal.

Blasting the ‘endless racist, slanderous, clickbaiting vitriol’ produced by the media, he added that the Royal Family’s bullying investigation was ‘obscene’.

The actor wrote: ’IMO, this newest chapter and it’s timing is just another stunning example of the shamelessness of an institution that has outlived its relevance, is way overdrawn on credibility and apparently bankrupt of decency [sic].

‘Find someone else to admonish, berate and torment. My friend Meghan is way out of your league.’

People in the UK can catch the Oprah interview on ITV at 9pm on Monday evening.