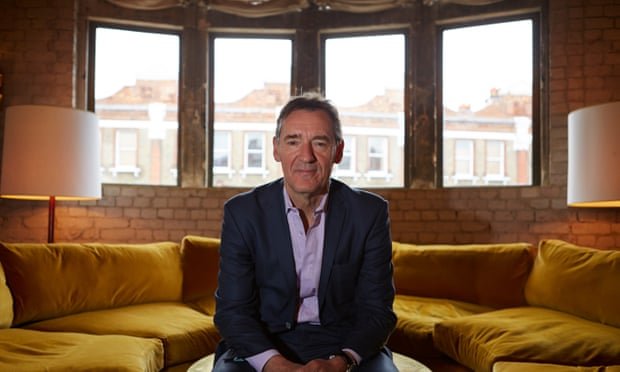 Small firms are borrowing big sums to survive. They must be given the option of a debt-for-equity swap with the Treasury
Britain is sleepwalking into a debt crisis that will undermine its prospects of a sustainable recovery.

It’s not the debts of the government that are at issue; it is the monumental amount of borrowing by the private sector, much of it from the Treasury, that will hang like a dead weight on the shoulders of thousands of businesses, possibly for a decade.

Last week, Rishi Sunak tore up his much-criticised winter jobs protection plan and took the humiliating decision to breathe more life into his existing furlough scheme. The cheap and not-so-cheerful job support scheme (JSS) was revamped to the point where it looks almost exactly like its predecessor, the job retention scheme (JRS), which was due to end on 30 October, but now lives on in an old/new guise.

This support for staff and about 2.5 million self-employed workers, welcome though it is, distracted attention from the huge and growing number of lifeboat loans taken out by businesses across the country in a desperate bid to stay afloat.

The most recent figures show that while 623 large businesses have borrowed the relatively small total of £4.6bn via the coronavirus large business interruption loan scheme (CLBILS), 1.2 million smaller employers have accessed £47.3bn from the other two buckets of cash on offer from the Treasury – the bounce-back loan scheme and the coronavirus business interruption loans scheme (CBILS).

Setting aside the National Audit Office’s concerns that up to 10% of the loans were obtained fraudulently and that many employers forced staff to remain working when the scheme demanded they stop, amassing more debt for no other end than simply to survive is not a great business strategy.

When a company can say that the rebound in sales following the easing of a lockdown will allow it to claw back lost ground and more, it makes sense to borrow to ride out the bad times. But if the business remains vulnerable to the shifting sands of government health policy, its capacity to invest over the next few years is likely to be severely limited – not just by debt interest payments, but by an inability to take on further loans. No wonder recent reports have suggested that as much as 40% of these loans will go sour and never be paid back.

The firms that fail to repay them will have gone bust. The rest may find the cash to pay them off, only to become the next generation of “zombie companies” – locked in a cycle of generating cash to pay debt.

In April, the chancellor was arguing that he had no choice but to spray these loans across the UK without asking too many questions to prevent a damaging panic and a mountain of job losses.

Some free-market economists responded in their usual cold-hearted manner. They warned that the only way to limit the losses was to pull the scheme’s shutters down, turn away further applications and watch as the dead wood of British business came crashing down. Only then could a thousand fresh entrepreneurial flowers bloom.

More sensible voices implored Sunak to set up a system that would allow business owners to opt for a debt-for-equity swap. This would allow the government to exchange its loans for a share in the business.

It would be the decision of each business owner to give the state a stake, but as the BBC programme Dragons’ Den demonstrates, there are plenty of entrepreneurs who are prepared to give away a proportion of their beloved company if it means they can afford to make crucial investments.

Lord O’Neill, the former Treasury minister, former Goldman Sachs economist and current chair of Chatham House, has put forward such a scheme. The “dragons” in this case would work for an arm’s-length agency that would take on firms that it believes are viable over the longer term and which agree to meet strict targets – for instance on the number of apprentices they take on and the level of skills training.

Of course this agency would be in the game of “picking winners” – and that is something the Treasury has always rejected. Back in 2012, the former Bank of England policymaker Adam Posen, an American who now runs the prestigious Peterson Institute in Washington, proposed the creation of two state agencies to offer loans, sidelining the high street banks. This received short shrift from the Bank of England and the Treasury.

But when 40% of loans are already expected to go awry, why not take the plunge now – especially when the banks are not only as conservative as ever, but zombies themselves, weighed down by ever-larger bad loans of their own?

Sunak is in such a hole that he must investigate the creation of both an investment agency and a lending body. Without them, the UK economy risks becoming a member of the walking dead.
#Coronavirus
Add Comment