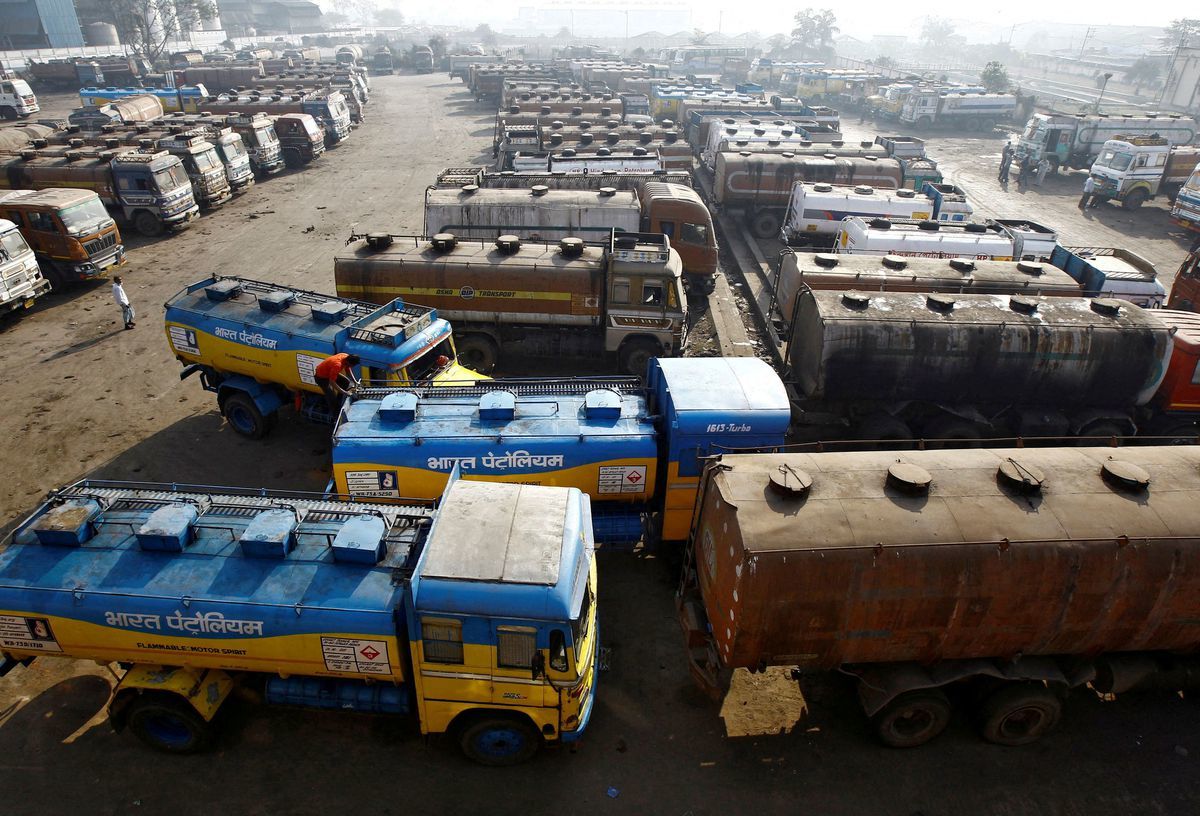 Oil prices settled lower on Friday, as the market weighed supply concerns from the unrest in Kazakhstan and outages in Libya against a U.S. jobs report that missed expectations and its potential impact on Federal Reserve policy.
Brent crude settled down 24 cents, or 0.3%, to $81.75 a barrel, while U.S. West Texas Intermediate (WTI) crude was down 56 cents, or 0.7%, at $78.90 a barrel.

Brent and WTI were on track for gains of about 5% in the first week of the year, with prices at their highest since late November, spurred on by the supply concerns.

"Employment data injected a question mark into where we are going from here and Omicron fears have crept back into the market," said John Kilduff, a partner at Again Capital Management.

In Kazakhstan's main city Almaty, security forces appeared to be in control of the streets and the president said constitutional order had mostly been restored, a day after Russia sent troops to put down an uprising.

The protests began in Kazakhstan's oil-rich western regions after state price caps on butane and propane were removed on New Year's Day.

Production at Kazakhstan's top oilfield Tengiz was reduced on Thursday, its operator Chevron Corp (CVX.N) said, as some contractors disrupted train lines in support of protests taking place across the central Asian country.

Production in Libya has dropped to 729,000 barrels per day from a high of 1.3 million bpd last year, partly due to pipeline maintenance work.

Both benchmarks were up $1 earlier in the session but oil, along with stock markets and the dollar, came under pressure after U.S. employment figures missed expectations. [MKTS/GLOB]

U.S. employment in the country increased less than expected in December amid worker shortages, and job gains could remain moderate in the near term as spiralling COVID-19 infections disrupt economic activity.

Meanwhile, supply additions from the Organization of the Petroleum Exporting Countries, Russia and allies - together called OPEC+ - are not keeping up with demand growth.

OPEC's output in December rose by 70,000 bpd from the previous month, versus the 253,000 bpd increase allowed under the OPEC+ supply deal which restored output slashed in 2020 when demand collapsed under COVID-19 lockdowns.

Government data this week also showed that crude inventories in the United States, the world's top consumer, have fallen for six consecutive weeks by the end of the year to their lowest since September.

Extreme frigid weather in North Dakota and Alberta is also expected to hurt production in the region and led operators to shut the 590,000 bpd Keystone Pipeline for a short period of time earlier in the week.

While the Omicron coronavirus variant is rapidly taking hold, demand-side concerns are easing amid rising evidence that it is less severe than previous variants.

"The concerns about a massive slump in oil demand have faded now that it has become clear that Omicron leads to milder forms of the disease than previous variants of the virus, meaning that massive mobility restrictions are not likely," said Commerzbank analyst Carsten Fritsch.
#Coronavirus  #COVID-19  #Covid
Add Comment