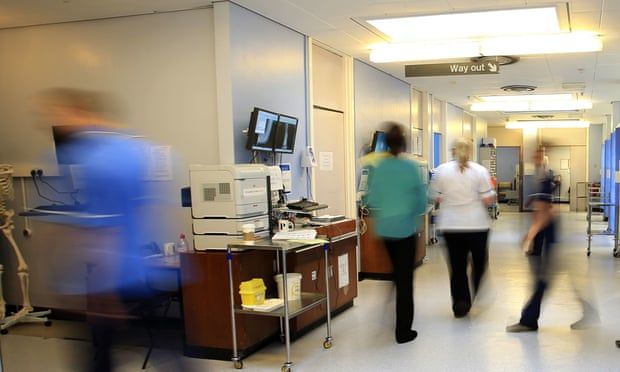 More nurses leave NHS than at any time since Covid struck, many reporting stress as their main reason
More than 27,000 nurses and midwives quit the NHS last year, with many blaming job pressures, the Covid pandemic and poor patient care for their decision.

The rise in staff leaving their posts across the UK – the first in four years – has prompted concern that frontline workers are under too much strain, especially with the NHS-wide shortage of nurses.

In a report on Wednesday, the Nursing and Midwifery Council (NMC) discloses that the numbers in both professions across the UK has risen to its highest level – 758,303.

“With more than 500 nurses and midwives leaving every week, there’s no room for government complacency [about NHS staffing],” said Sara Gorton, the head of health at the union Unison.

Andrea Sutcliffe, the NMC’s chief executive, said that while the record number of nurses and midwives was good news, “a closer look at our data reveals some worrying signs”. She cited the large number of leavers and the fact that “those who left shared troubling stories about the pressure they’ve had to bear during the pandemic”.

The NMC asked 6,458 of those who quit last year for the three main reasons they had done so. Too much pressure (18.3%), negative workplace culture (13%), Covid (11.8%) and disillusion with the quality of care that patients receive (8.1%) emerged as key factors, although retirement (42.9%) and a change in personal circumstances (21.7%) were the two commonest reasons. “Too much pressure” was defined as staff feeling stressed and having poor mental health.

The NHS in England has almost 40,000 nursing posts and more than 8,000 posts for doctors unfilled. The supply of homegrown nurses has increased only slightly despite the government reinstating financial support worth up to £8,000 a year for trainee nurses.

Of the 48,436 staff who joined the NMC register, just under half – 23,408 (48%) – were from abroad, of whom 66% were trained in India or the Philippines. That is a huge increase on the 2,719 who came in 2017-18. James Buchan, a senior visiting fellow at the Health Foundation thinktank, said: “International recruitment is very much a short-term, quick-fix solution that may come at the expense of long-term workforce planning and domestic supply.”

Pat Cullen, the chief executive of the Royal College of Nursing, raised concerns about the NHS taking nurses from low-income countries. “The UK’s health and care workforce is proudly diverse, but it [recruitment] must be done ethically,” she said.

Brexit has badly hit the NHS workforce, the NMC figures show. In 2015-16, before the June 2016 referendum on EU membership, 9,389 nurses and midwives came to work in the UK from the EU and European Economic Area. Last year just 663 did so, the lowest number for many years. Fewer than 1,000 have done so each year since 2017-18.

Sajid Javid, the health and social care secretary, welcomed the record numbers on the NMC register. “I’m determined to continue growing the workforce to help us tackle the Covid backlog and reduce waiting lists, and we are on track to deliver 50,000 more nurses by 2024, with over 30,000 more working in the NHS since September 2019,” he said.
#Covid
Add Comment