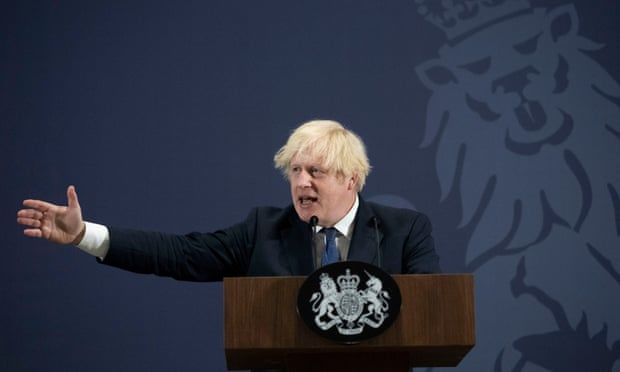 Analysis: Latest Covid policy announced on what was supposed to be ‘freedom day’ likely to provoke huge anger

What was billed as “freedom day” has ended with accusations that the government has paved the way for exactly the opposite, as Boris Johnson braces for the backlash to his plans to introduce vaccine passports in a matter of months.

The documents have long been a fascination of the prime minister, who touted their use for pubs and theatres back at the start of 2021, but acknowledged the moral dilemma they posed in a country that has always prided itself on opposition to a European-style “papers, please” regime.

Initially regarded as a way to unlock sectors that would find it harder to operate without social distancing, they were considered keenly by some in government, who noted their use in countries further ahead on the road to opening up, such as Israel.

But that is not the problem Johnson says the documents will solve: it is in tackling the vaccine hesitancy and apathy concentrated more among younger age groups that he sees as their main benefit.

The thinking is that by the end of September, when the passports are introduced, all adults will have been offered both jabs – giving a change to everyone to get vaccinated before locking them out of key social settings. 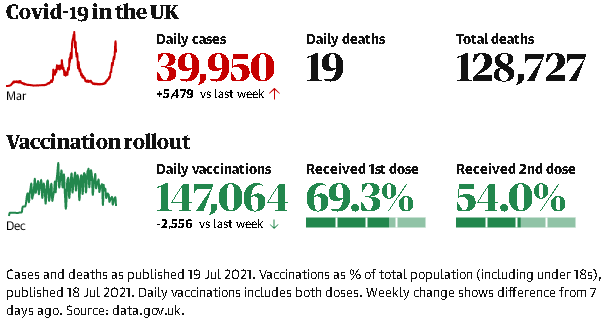 Figures in Downing Street said as far back as February that the documents were being considered as a way to “nudge” young people to get inoculated – given polling that found fewer people said they would get jabbed the further down the age groups you went and as the risks from Covid diminished.

This early warning sign should have been taken more seriously, one source involved in the plans said, arguing that Downing Street ignored the problem until it was backed into a corner and forced to make a quick decision after scenes emerged of hordes of revellers taking advantage of nightclubs reopening.

The timing was also questioned by one senior Tory, who asked: “Why the fuck do we have to announce it now?” It is a sentiment Downing Street will be well aware of – that this will inspire huge anger in Johnson’s own party. “I have backed most of the rules – even the ones I haven’t liked or that are distinctly unpopular – but I will struggle with this one,” the MP said.

At least 40 Conservative backbenchers have vowed to vote against such proposals, meaning Johnson’s majority in the House of Commons would be wiped out instantly, meaning he would have to rely on Labour – although Keir Starmer has not warmed to the idea before. Even ministers have expressed opposition to such a policy before, and the Equality and Human Rights Commission said it could be tantamount to unlawful discrimination.

There is another element likely to infuriate Johnson’s party: plans for the certificates to be available to show people’s recent negative test results or proof of antibodies appear to have been scrapped. The documents will only be able to show proof of vaccination.

This tougher approach might be more of a nutcracker than a nudge for people to get jabbed. There will be some who fear it could do more harm than good to those teetering on the edge: hardening the views of the vaccine-hesitant or vaccine-sceptic and playing into the hands of those peddling false conspiracy theories.

For all the promises that Monday would bring a mass restoration of freedoms, the government seems to be imposing a new set of legal restrictions: mandating social care staff to get vaccinated, forcing most double-vaccinated people to stay in isolation if pinged, and now bringing in vaccine passports for domestic use.